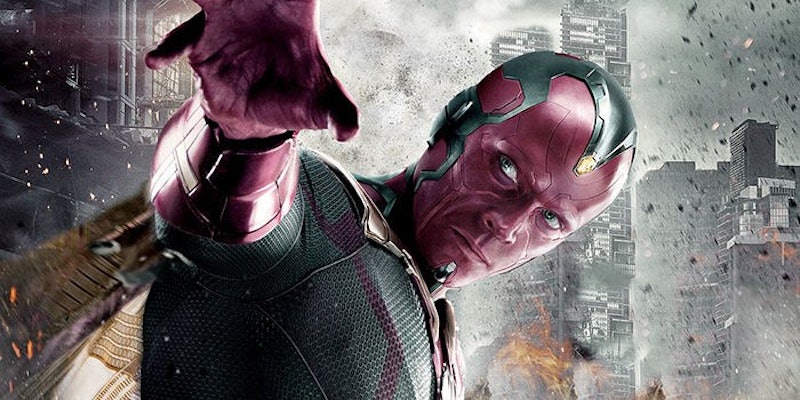 Avengers: Age of Ultron was one of the biggest hits of the summer, nay, of all time. The movie packed in more superheroes and comic book characters than any film that came before it (though Captain America: Civil War appears to be gunning for its record), and upped the action and special effects from its predecessor to insane levels. With all of that spectacle, fans were expecting to be blown away by a movie that was even better than The Avengers, a film that is widely considered to be one of the best ever made in the superhero genre. Unfortunately, that didn't quite happen. Although Age of Ultron is not a bad movie by any means (it's a Certified Fresh 74 percent on Rotten Tomatoes), the movie never quite captures that magic feel of the original film, due in part to a number of Avengers: Age of Ultron plot holes that any superhero-loving viewer had to notice.

A lot of the reason for this has to do with the film's somewhat-overstuffed plot. Age of Ultron had a lot of story to tell not only for its own sake, but also for the purposes of laying the foundation for several movies to come in Marvel's Phase Three. In order to accomplish this monumental task, mistakes were made, resulting in a number of plot holes that ended up in the final product. While I hate to be nitpicky, the franchise's next installment, Avengers: Infinity War , really needs to address these issues going forward. Here's what I'm talking about.

Iron Man essentially fights the Hulk to a standstill wearing his Hulkbuster armor, which is incredible given the Hulk's power levels. Since the Hulk is the most formidable of the Avengers, and Iron Man is apparently capable of replicating his power, why doesn't Tony Stark fight with the Hulk's strength all the time? It would make the team much more difficult to face for any opponent, and would also offer some insurance in case the Hulk goes nuts or disappears. Speaking of which...

Why Did The Hulk Leave?

The Hulk had been doing fine in Age of Ultron. Banner has the beast within under control, and the only time he lost it was when he was under the Scarlet Witch's spell. He also had himself a budding relationship with Black Widow, and his life looked to be better than it's ever been. So why the disappearing act? I'm assuming it was because he didn't trust himself not to hurt Natasha moving forward, but this needs to be officially addressed in the future.

What Exactly Are Scarlet Witch's Powers?

Scarlet Witch does a lot of cool stuff in this movie. She seems to control the Hulk's mind, telekinetically rip apart robots, give Stark visions, allow Thor to apparently see the future, and even read the mind of Ultron, a computer. Is there anything she can't do? The movie addresses her powers as a joke by just saying that "she's weird," which leads me to believe even they don't know how to explain what she can do. Fans need a clear definition of what the Scarlet Witch can do in time for Infinity War, as otherwise, how are fans supposed to know what the team should do with her?

Where Did The Helicarrier Come From?

Last I knew, S.H.I.E.L.D. was defunct and Nick Fury was in hiding. So how on earth did Fury just show up with the S.H.I.E.L.D. helicarrier just in time to save the day? Fury says he had friends who helped him or some nonsense, and it was later sort of explained away on ABC's Agents of S.H.I.E.L.D. , but not everybody watches that show. An in-movie explanation on S.H.I.E.L.D.'s sudden reemergence would be awfully helpful.

Who's Bankrolling The New Avengers?

By the end of the movie, the Avengers have new team members and a new headquarters. That's all well and good, but who is paying for all of this? Stark, the team's prior financier, has left them, so where are they getting the money needed for this upkeep?

What's Up With The Vision?

What Is Thanos Talking About?

In the end-credits scene, Thanos puts on an empty Infinity Gauntlet and says, "Fine, I'll do it myself." Do what? Get all of the Infinity Stones? He already had one, and he gave it away to Loki in the first Avengers. Then he knew where another one was in Guardians of the Galaxy and he let Ronan take it for himself. Why didn't Thanos just "do it himself" to begin with? For a guy who's supposed to be the universe's biggest threat, he hasn't been all that threatening.

Avengers: Age of Ultron was a lot of fun, but it could have benefitted from not leaving so many mysteries. Here's hoping that Avengers: Infinity War answers all of the questions Age of Ultron raised.