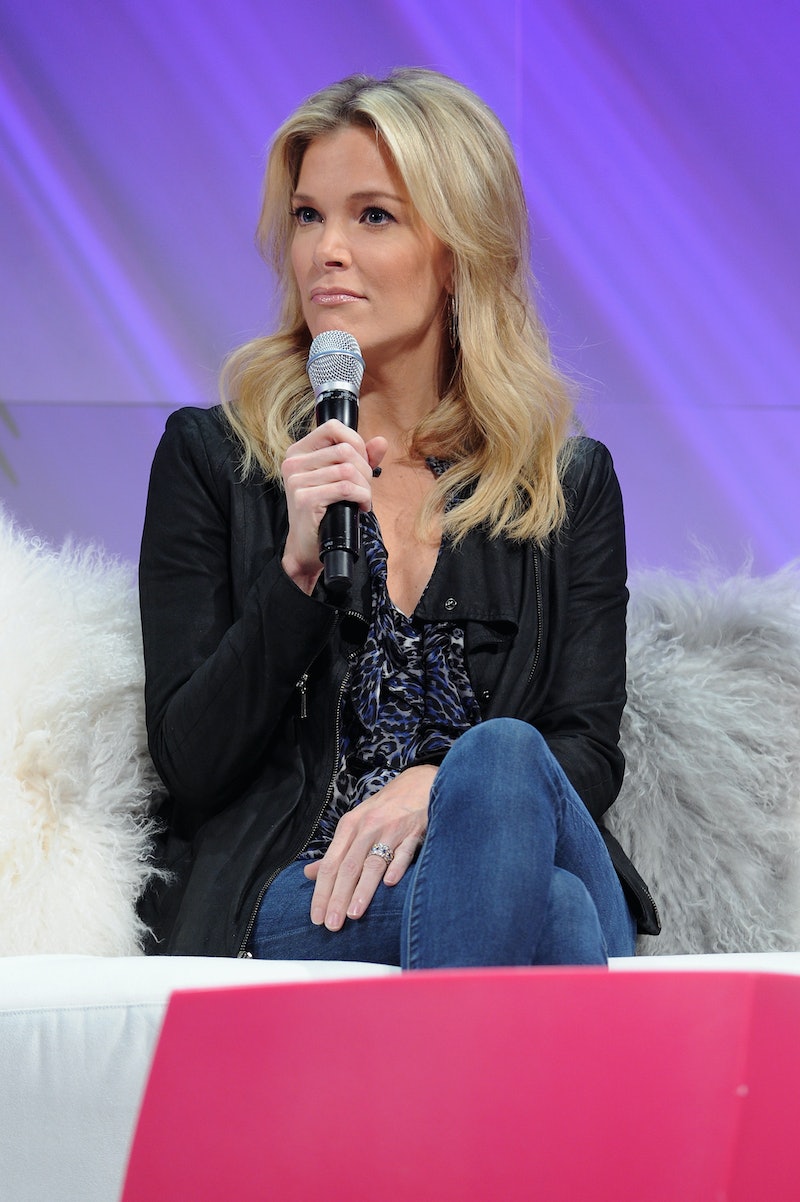 As the first Republican presidential debate unfolded, one person emerged as the true winner of the night, and it wasn't one of the candidates. Moderator Megyn Kelly became somewhat of a feminist hero, despite her own personal socially conservative beliefs, for confronting Donald Trump about the blatantly sexist remarks he's made against women in the past. It was the single-most unnerving question of the night because Trump couldn't let it slide, dragging his feud with Kelly out long after the debate was over. Now, as Trump and his fellow GOP candidates prepare for round two, many of her newfound fans are wondering, will Megyn Kelly be at the second GOP debate?

There are several capacities in which Kelly could attend the second GOP debate: as a moderator, as a reporter, and as an audience member. Unfortunately, Kelly will not be moderating the second GOP debate, which will air on CNN on Wednesday night, and Trump will need to be reined in by a different panel of moderators. CNN's State of the Union host Jake Tapper will be moderating along with CNN Chief Political Correspondent Dana Bash and radio show host Hugh Hewitt.

Does that mean Kelly will be reporting live from the scene instead? Will she make Trump sweat with her steely gaze from the side of the stage? No, Kelly won't be attending the debate as a member of the media. And, no, she won't be sitting among the 700 guests at the Ronald Reagan Presidential Library in Simi Valley, California, either.

That's because Kelly has a job to do. On the night of the CNN GOP debate, Kelly will be hosting her own show, The Kelly File, on Fox News. Even though Kelly won't physically be at the debate, she'll be all over it, providing live coverage from the studio of her nightly news show. In fact, she's already gotten a head start in the week leading up to the big event.

On Monday, Republican presidential candidates Chris Christie, Scott Walker, and Mike Huckabee appeared on the show to discuss the next GOP debate, even laying out their strategies. Huckabee commented on Trump's popularity with Evangelicals, a demographic that Huckabee thinks of as his domain, telling Kelly:

I look at it this way: Evangelicals are all over the map, and a lot of them are going with Trump. But this is the dating season, not the marrying season — that comes in February when the caucuses come.

Christie talked about the impression he hopes to leave after Wednesday's debate.

But he also took a dig at Trump by mocking his reliance on approval ratings. Christie did his best Trump impression for Kelly:

And Walker also touched on his strategy, which was to be aggressive and show passion, while continuing to set himself apart:

If you want someone who’s been tested, I’ve been tested unlike anybody else on that stage.