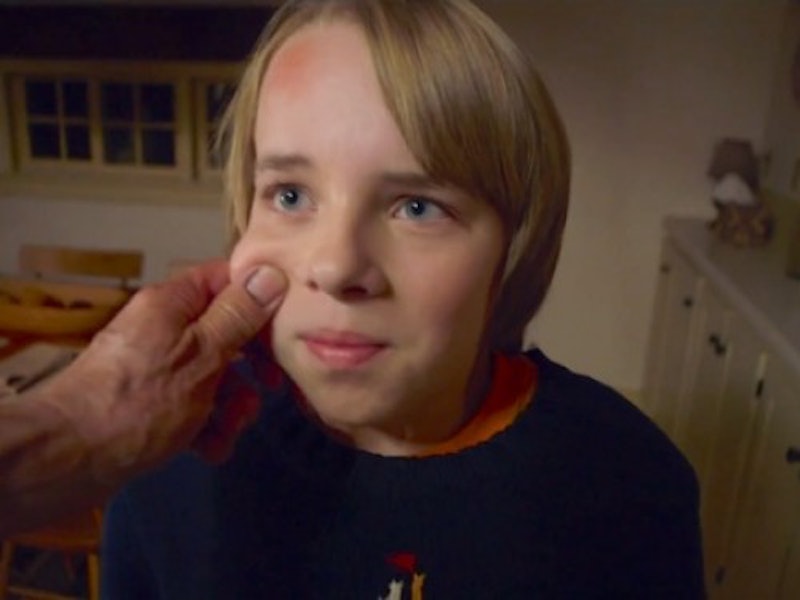 New horror film The Visit is generating a lot of buzz, and for good reason. The film features the combined forces of writer/director M. Night Shyamalan, the genre's hottest voice at the turn of the 21st century, and producer Jason Blum, the man most responsible for the modern low-on-cost, big-on-scare horror movie revival that began with the wide release of Paranormal Activity in 2009. The Visit is being seen by many as a comeback of sorts for Shyamalan, in large part due to the cleverness of its finale. The ending of The Visit manages to avoid the nonsensical twist so many of Shyamalan's films have fallen back on over the years. Because of this and other smart, fun aspects of the movie, the film has earned the director his strongest reviews since 2002's Signs.

But Shyamalan probably can't take all of the credit for the film's success. Blum surely had an influence in how the film turned out, thanks to his history of churning out small, creepy films that've proved you don't need a lot of money or special effects to make a good scary movie. But really, it all comes down to that ending. I would argue that the film's conclusion is so good that it will restore your faith in all horror movies, period. Here are six reasons that make it so (spoilers ahead!)

It's A Twist That Doesn't Suck

Like I said before, the movie has a twist, but this isn't The Village with its cop-out 19th century village in modern society twist that negates the entire movie. The twist in The Visit is that the kids' grandparents whom they're visiting aren't actually their grandparents (whom they've never met), but homicidal mental patients who murdered their real grammy and grampy. How's that for a jaw-dropper?

The worst thing a horror movie can do is become too unbelievable as it winds down. This is a trap many films in the genre fall into as the pressure mounts to bring bigger and bigger scares, and ultimately you end up seeing a kid turn into a butterfly (hey, Mama ). Not so with The Visit. Crazy people, identity theft, and murder are all very real things, which makes the movie that much scarier.

Not Too Much Is Shown

Another fault of many horror films is when they show too much of what's scary, especially at the end. The unknown is always scarier than whatever special effects monster a movie studio cooks up, and The Visit knows this. The film keeps the thrills understated, even at the end, knowing that the psychological torment of finding out your grandparents aren't who you thought they were is frightening enough.

Quick, name a horror movie sequel that's better than the original. You can't, because horror movies are inherently made to succeed best as standalone films. Scare me once, shame on you. Scare me twice, well.... crap. Since both grandparent imposters are killed at the end of the film, you probably don't have to worry about them popping up for The Visit 2: The Visitening.

Not that I'm promoting the act of children murdering old people (I swear I'm not), but how lame would it have been if the old bastards lived? Instead, both Nana and Pop Pop get what's coming to them, and it's by the hand of the very kids they had been tormenting all film. Take that, crazy old people! (Again, not condoning.)

When Carrie's hand shot up out of her grave at the end of 1976's Carrie, it was scary because it was fresh. The bajillion times that scene has been copied over the last 40 years though? Not scary. Thankfully, The Visit knows it doesn't need to try and squeeze in one more scare as a cheap trick because you've been scared enough for the last 90 or so minutes, and the film ends on its own terms.

If you're looking for a horror movie that doesn't fall apart at the end, then go see The Visit.

More like this
15 Intriguing Movies On Netflix That Are Based On True Events
By Mary Kate McGrath, Shannon Barbour and Grace Wehniainen
The 'Hocus Pocus' Sequel Finally Has A Release Date & It Makes Total Sense
By Shannon Barbour and Radhika Menon
Everything To Know About 'My Big Fat Greek Wedding 3'
By Grace Wehniainen
Alicia Silverstone Has Recreated An Iconic 'Clueless' Scene
By Frances Stewart
Get Even More From Bustle — Sign Up For The Newsletter