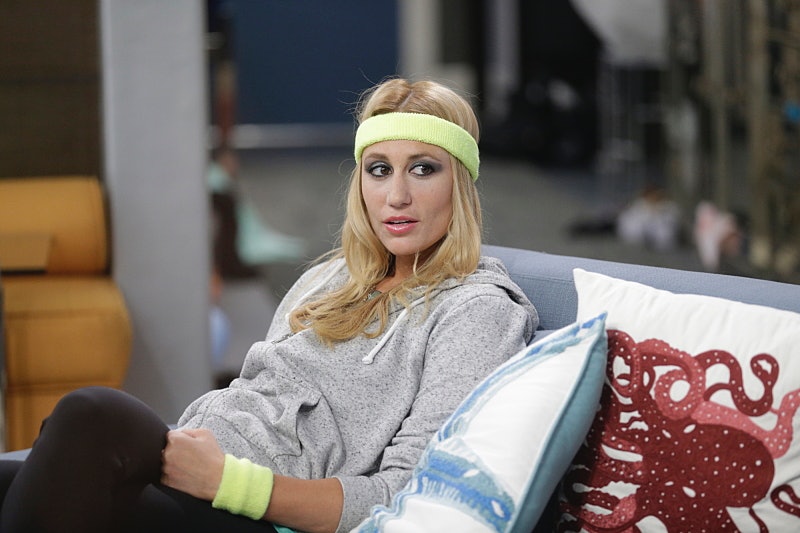 What would a day in the Big Brother house be this season without Vanessa totally going off the deep end of the paranoia pool? Because, for as strong of a player as Vanessa Rousso is, she frequently engages in bouts of flustered and emotional paranoia that leave the other houseguests flustered and all kinds of riled up. But, one has to wonder: is Vanessa's paranoia on Big Brother17 just an act?

Think about the consequences of her paranoid bouts. Without fail, she goes around the house, asking each of the houseguests what they said, who they said it to, and when they said it. It seems like an act of crazy, but the inevitable effect of it is that she gets more answers out of her fellow houseguests that any of the other players on Big Brother have all season. It also doesn’t hurt that her paranoia tends to rear its ugly head when she is in a position of power, and the other houseguests feel obligated to tell her what she wants to know in order to keep themselves safe.

It does seem a little shady to me. All of this flustered drilling of the other houseguests. Just as shady as those ridiculous crocodile tears she spouts every time she gets called out on her strategy or on her backstabbing ways.

Please, Vanessa. Anyone who has spent more than a minute with a cranky baby or a drunk college student can spot a fake cry a mile away.

So, even though Vanessa’s paranoia is a little less obviously fake, it always seems to reach its intended effect: To get people talking and get them talking to her. When Vanessa gets paranoid, she wants answers from the houseguests, and that is inevitably what she gets. If she approached them calmly, they might be less inclined to give her the answers and insights that she wants. But by coming at them all flustered and frenzied, she puts all of the other houseguests on the defensive and gets them talking.

So while I’m not totally convinced her paranoia is just an act (all of that game play and strategy going on in her head would be enough to drive anyone a little batty), it definitely has the effect she most likely intended from it.

For more game talk, make sure to check out Bustle's Big Brother podcast, The Diary Room. And, as always, expect the unexpected...