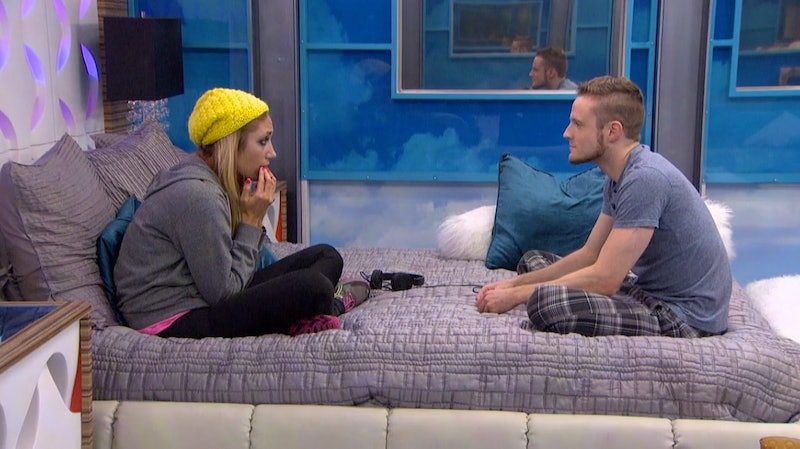 Leading up to this Tuesday's special episode, the Big Brother 17 live feeds are down for 36 hours. Tuesday's eviction will be taped instead of live, and so CBS is pulling the feeds as to not spoil the episode, but the internet is, predictably, going a little crazy without access to the feeds before such a crucial eviction. This entire summer so far, "feedsters" have been able to see the house leading up to evictions and know who is, most likely, getting evicted before each episode airs. Now, there will be no way to know who is likely being sent to jury until Tuesday night, when we see the houseguests again on TV. This also means feedsters are going to miss 36 hours of Big Brother house antics.

The Big Brother live feeds are an irreplaceable source for hardcore people-watching. You get to see people being their true selves, from embracing their worst habits to letting their wacky side shine when they feel like they're alone. The CBS broadcasts tend to only feature highlights, but it can be surprisingly interesting to watch two people have a conversation about something that doesn't matter for 20 minutes. Even though the live feeds are going to be down until Tuesday night, here are some likely happenings inside the house to quench your Big Brother thirst.

Vanessa Is Going To Change Her Mind About Nominations. A Lot.

Vanessa is between a rock and a hard place this week. The houseguest votes will likely end in a tie, which means that she will be forced to decided if she wants to evict Austin or Steve. Before the feeds got cut off, she still hadn't reached a final decision regarding who she wished to have evicted, and even if she had, that doesn't mean she'd stick to her plan. John, Steve, Austin, and Liz will all be campaigning Vanessa to keep someone, and Vanessa may not know who she'll keep until the eviction ceremony comes around.

Steve's conversations with the audience are one of the best parts of the BB17 live feeds, as he details all his plans and lets the audience know what's going on inside his head. Tuesday might be Steve's last day in the Big Brother house, so there's a good chance he's going to want to talk to the camera and let the audience know how he's feeling. Unfortunately, his words will fall on deaf microphones as there won't be anyone to watch Steve speak to the cameras. It's a real shame, because if it's anything like the eviction speech where he thanked his fellow houseguests for helping him become a more confident person, it's bound to be heartwarming and powerful.

Austin & Liz Are Going To Prepare For Possible Separation

Austin may be going home on Tuesday, which means he and Liz might have to be separated for a few days. Since Lizten might not last outside of Big Brother, these two are probably going to make the most out of their potential last night together in the house. Although the feeds haven't stopped them from getting cozy before, finding out the feeds are off may make a huge difference for the two lovebirds as it allows them to do whatever they want without worrying about anyone's parents watching. In fact, the only benefit of the feeds being inactive is that no one will have to accidentally witness these two getting too explicit with each other.

John Is Going To Be Hilarious, As Usual

Johnny Mac has essentially already won America's Favorite Player this season (his only real competition in that category is probably James), but thankfully he's still in the house to make snarky comments and be incredibly honest with the other houseguests. Now that he's safe for this week, John doesn't have to worry about campaigning to protect himself and can just relax until the next HoH competition. Unfortunately, no live feeds means that no one will get to see John comfortably gloat and poke fun at the other houseguests. This also means that if Steve is evicted on Tuesday, audiences won't be able to see John and Steve's final moments with each other. This is especially disappointing as John and Steve are a great pair.

While these are all likely scenarios for what will happen in the house, there is no way to truly know until the episode airs on Tuesday. Maybe Austin and Liz will get into a huge fight which convinces Liz to vote Austin out of the house? Perhaps John could decide that evicting Steve is better for his game and send him to jury? When it comes to Big Brother, the only thing you can expect, is the unexpected.