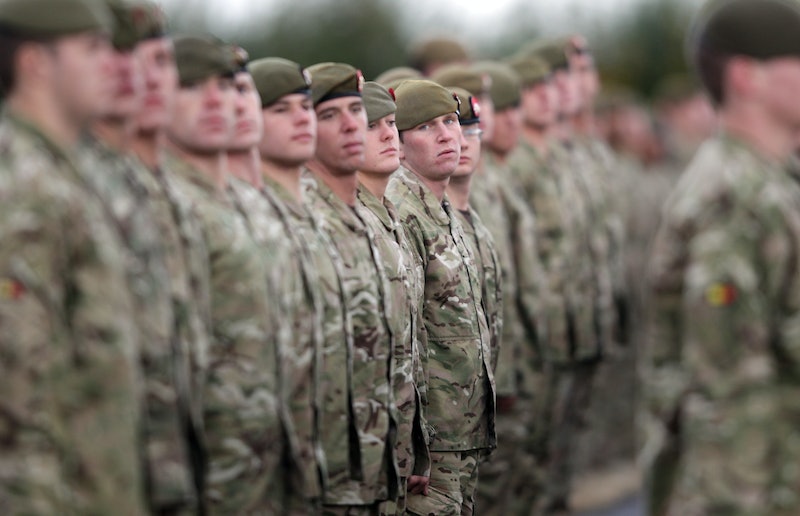 Somewhere in the Pentagon, we imagine a bunch of officers are totally freaking out. In their updated list of Things That Are No Longer Secret, we've got: the National Security Agency surveillance measures; the PRISM program; cyber-hacking China; and, um, everything WikiLeaks. Let's not forget that on Friday, the Pentagon's ex-second-in-command was also accused of leaking a hyper-covert cyber strike against Iran's missile program.

We'd be running around the barracks like headless chickens, too. The Army's response? To take a leaf out of China's book, and, er, reportedly block The Guardian from every computer at every military facility in America. Because censorship always fixes everything.

The UK-based Guardian , of course, broke the Edward Snowden story, and has been coming out with a steady stream of leaked documents ever since. (For a profile on the journalist behind the stories, click here.) The classified information has included PRISM documentation, top-secret NSA files, and international spy documents about the British FBI—none of which has pleased the Pentagon.

The Army Network Enterprise Technology Command defended its actions by saying that it won't let classified documentation become public until they've "unclassified" it themselves. So there.

"We make every effort to balance the need to preserve information access with operational security, however there are strict policies and directives in place regarding protecting and handling classified information. Until declassified by appropriate officials, classified information—including material released through an unauthorized disclosure - must be treated accordingly by Department of Defense personnel."