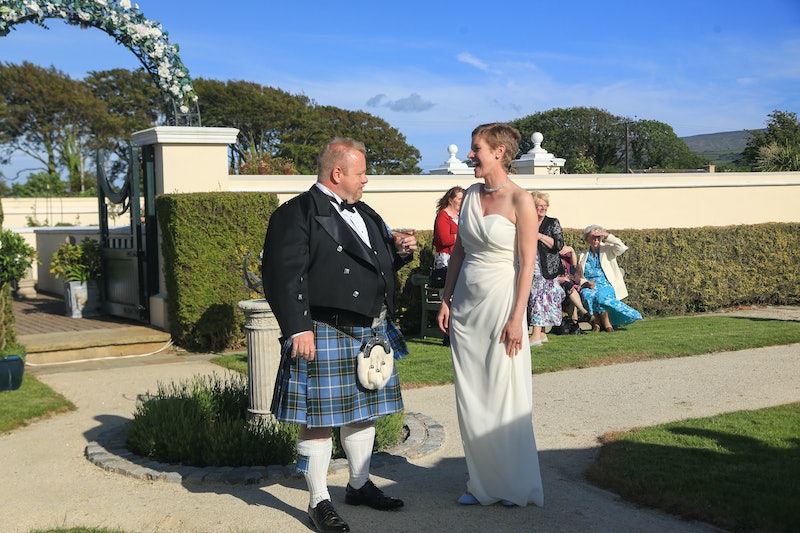 When I first heard about the new TLC reality series Suddenly Royal , it immediately reminded me of the 1991 John Goodman movie King Ralph. You know, the one where the eponymous American ascends to the English throne after the entire royal family dies in a freak accident, and he's next in line? When I watched the first episode of Suddenly Royal, I have to say, it met my expectations with the gregarious American David "Drew" Howe exploring the possibility of actually being British royalty. So how did the Howe family become royal in the first place?

As Drew explained in the first episode, he was researching his ancestry online several years ago when he found out he is directly descended from the last kings of the Isle of Man, a 33-mile-long island located in between Great Britain and Ireland. However, the British crown acquired the lordship of the Isle of Man around 1764. Today, Queen Elizabeth II is the head of state (her official title is the Lord of Man) of this Crown Dependency. That means the Isle of Man is a dependent territory of the U.K. in which the country has authority in certain areas, but for the most part, it is autonomous with its own two-branch system of government called Tynwald.

Just because the Isle of Man hasn't had its own monarchy for centuries doesn't mean Drew's royal ties aren't alive and well. His royal lineage means he is cousins with the current Queen of England — according to him, anyway. Drew even claimed he received an invitation to the Royal Wedding between Prince William and Kate Middleton in April 2011, but he and his wife Pam and their now 12-year-old daughter Grace didn't have the means to be able to attend.

Is that all there is to becoming a king? Not quite, but yeah, kind of. Soon after learning about his royal ancestors, Drew filed a notice in the London Gazette, a newspaper that serves as the "Official Public Record" of the U.K., and it was published on Jan. 16, 2007. In it, he basically claims that he has inherited the Kingdom of Man as a descendant of Sir John Stanley and can rule as someone who can confer titles of nobility and orders of chivalry to others. Not too shabby for an auto parts salesman from Frederick, Maryland, eh?

Since there was no challenging or competing claim to Drew's notice for 90 days after it was published in the London Gazette and any existing heirs gave up their rights to the kingship, Drew "was fully legalized as the unchallenged lawful heir general and de jure King of the Independent Kingdom of Mann" as of April 16, 2007, according to an "official royal press release" from Drew's new "kingdom." Apparently, publishing that notice in the London Gazette has "officially legalized in the United Kingdom" Drew's "legal rights and status" as the King of Man.

So, does that mean Drew and his family should start picking out furniture for their new castle now? Well, not quite. Though the whole point of Suddenly Royal is for the Howes to try to win back the family's kingdom and win over the apparently very skeptical citizens of the Isle of Man with a six-week trip to that British island, all of that effort might be for naught. Citizens of the Isle of Man scoffed at Drew's claim when he first filed it, and now, again, as the show has brought attention to it. A spokesperson for the Isle of Man government also gave Isle of Man Today this statement in May:

Unless Drew's title is officially recognized by the Isle of Man, the U.K., and the monarchy, he can call himself whatever he wants, but it won't really mean anything, although he has used his title to sell peerages for charity in the past, so that's something. The best Drew can hope for now is for the Queen of England to hear about his show and make some legal changes. I wonder if she watches TLC?