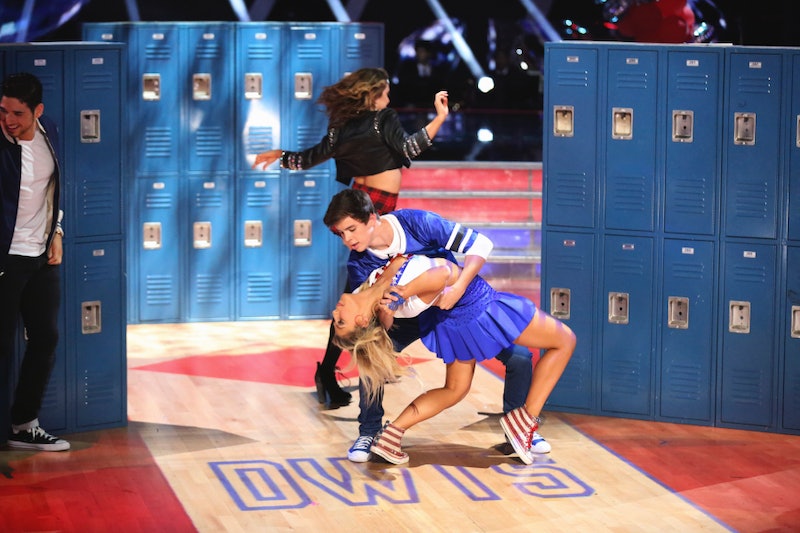 Hayes Grier is one of the hottest stars on Vine right now (for those of you who are old like me, he makes funny six-second videos and posts them online), so why not leverage all of that fame and fun into a stint on Dancing With The Stars. I have to admit, I was a little skeptical of Hayes Grier coming into Dancing With The Stars . I mean, he’s just an Internet star (just like his brother, Nash) who is trying to get his fifteen minutes extended by performing on a national stage. Well, I was absolutely wrong. Not only did Hayes slay his performance to Omi’s “Cheerleader” on the first night, but also he made every woman in the vicinity melt. Hayes Grier is totally Dancing With The Stars ’ Season 21 heartbreaker.

After Hayes’ dance, judge Carrie Ann Inaba gushed that, if she were 30 years younger, she would totally be dating Hayes. Then, during Hayes’ post-score interview with Erin Andrews, she noted that social media was absolutely freaking out with Hayes’ performance. It’s been a while since I’ve been a teenage girl, but I do well remember the intensity with which I worshipped my preteen and teenage idols, and boy oh boy, does Hayes have a ton of people rooting for him. Look out, Kim Kardashian — Hayes Grier is breaking the Internet. Let’s take a look:

Even Emma Slater, Hayes’ dancing partner commented on Hayes’ numerous fans, remarking that there were a ton of “girls saying they can’t breathe and Carrie [Ann] throwing herself at you.” Fortunately, it doesn’t seem like Emma has eyes for Hayes since that would get in the way of their dancing. Emma is also 11 years older than Hayes, which would be illegal (though not like it’s stopping Carrie Ann).

Even if Hayes doesn’t win Dancing With The Stars, he’ll certainly walk away from the competition with millions of new social media followers and admirers.