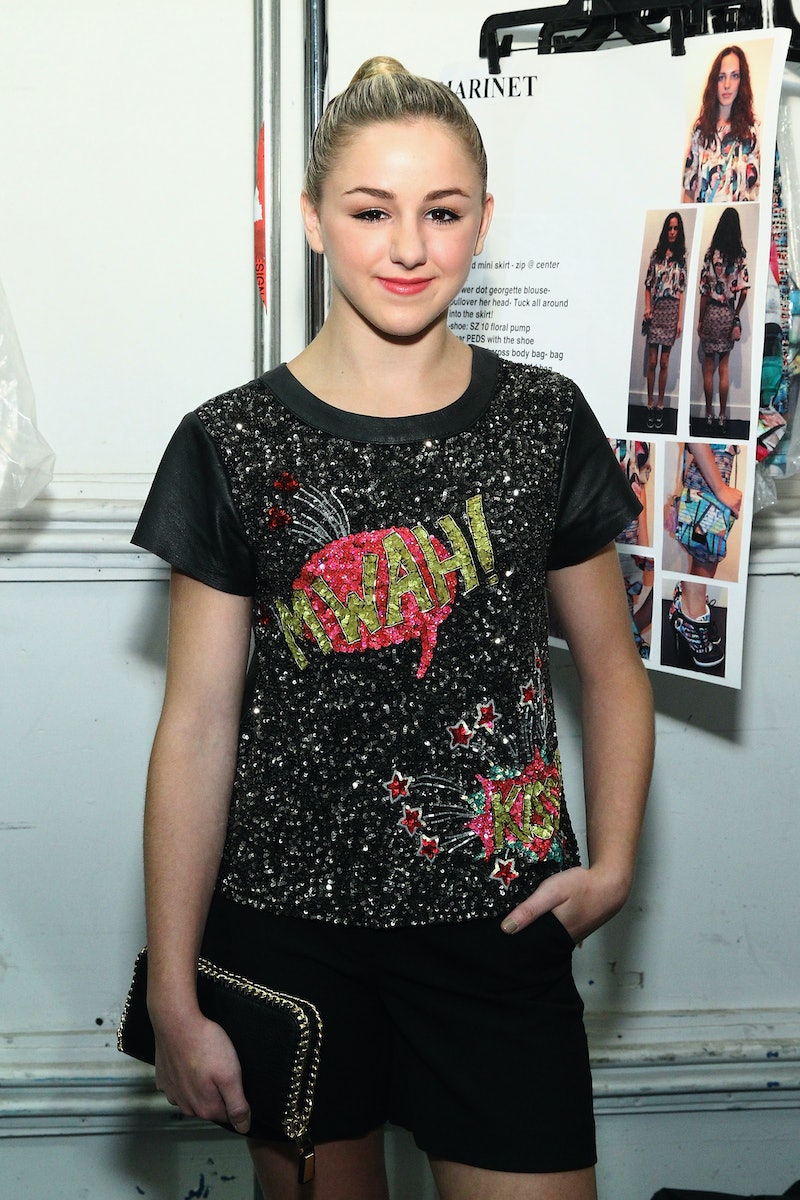 Teen Choice Award winner and former Dance Moms star Chloe Lukasiak is an amazing role model for many reasons. She persevered and stayed strong during a tough stint onthe reality show, then went on to find incredible success and happiness in the next phase of her life. Chloe's work ethic, resilience, and humility combined with her incredible dance talent make it pretty impossible to not stand up and cheer every time she receives the recognition she deserves. And now, she's given us another reason to admire her. Before undergoing surgery this week, Chloe Lukasiak spoke candidly about what's wrong with her eye and the bullying she has endured as a result.

As she explained in the below video, Chloe was diagnosed with silent sinus syndrome about a year and a half ago. The condition causes one eye to appear slightly smaller than the other, and this is the first time Chloe has spoken publicly about it. This week's surgery will ensure that she won't suffer any long-term damage to her vision — and she'll probably be rocking an eye patch as a result, but she's totally OK with that because she used to dream of being a pirate. Although Chloe articulately explained the details of silent sinus syndrome and how the surgery will be conducted, the most impactful moments in this video are when she talked about how it felt to be mocked and described as "ugly" due to her supposed "lazy eye."

Although people of all ages (including me) admire Chloe, I think her message in this video is especially important to tween and teen girls who look up to her. Bullying is so common in junior high and high school, and unfortunately it's commonplace to hear girls hurling insults about one another's physical appearances. Young girls who hear Chloe's words will hopefully recognize that even the most beautiful and successful people get bullied — and if someone is calling them ugly, it certainly doesn't mean it's true. Rather, it's a negative reflection on the person who is doing the name-calling.

Furthermore, Chloe points out that it was hurtful when people criticized her appearance without even asking what was going on. We should all keep in mind that we never know when someone is dealing with a medical condition. (And, even when they're not, that still doesn't make it OK to make fun of someone.)

Chloe's message was brave because it's clearly a painful topic for her to discuss. Not only was she scared about the impending surgery and insecure about her appearance, but she was simultaneously subjected to callous insults that no one deserves. She concluded the video by telling fans, "Comment below on what your insecurities are," and noted that she'll try to respond to the comments while she's at home recovering. In less than 12 hours, the video had already received nearly 1,000 comments — so Chloe's message clearly resonated with many fans.

And, as for her surgery? Don't worry, it went just fine! Christi updated us on Twitter:

And, Brooke Hyland is like a big sister to Chloe, so she gets automatic rights to make a few pirate jokes.

Time and time again, Chloe has turned a negative experience into a positive one and used it to inspire and encourage the countless young women who admire her. Her courage and maturity never cease to impress me, and I'm so glad she took this opportunity to send an important message about bullying to her fans. Get well soon, Chloe!

More like this
Twitter Is Saying The Same Thing About *That* Moment Of The 'I’m A Celeb' Reunion
By Catharina Cheung
Julia Haart’s Husband Fired Her As CEO Of Elite World Group
By Brad Witter
What Jen Shah's Delayed Sentencing Could Mean For The 'RHOSLC' Season 3 Reunion
By Brad Witter and Jake Viswanath
What Is Julia Haart’s Net Worth? The My Unorthodox Life Star Is A Shoe Mogul
By Radhika Menon
Get Even More From Bustle — Sign Up For The Newsletter