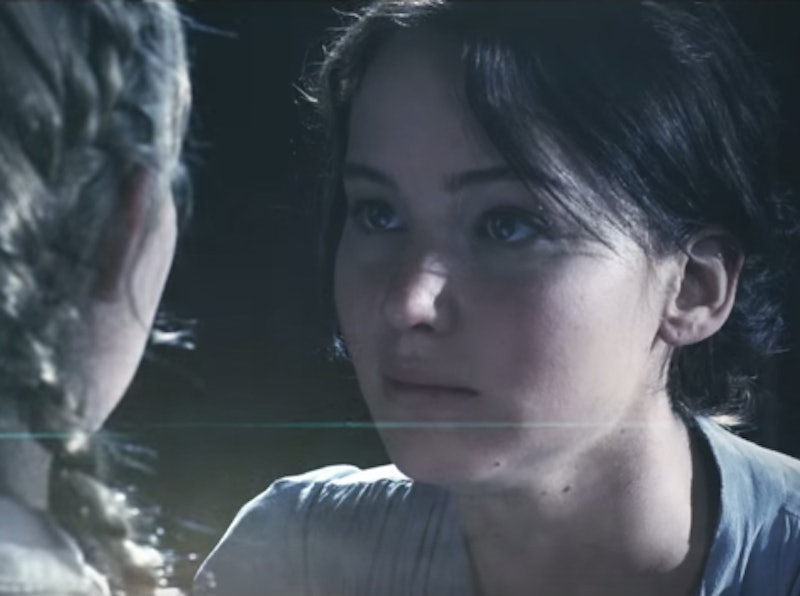 It's a bittersweet time for fans of the Hunger Games franchise. While we're all excited to see the next film, Mockingjay — Part 2, it will be the last installment of the series. I've been comforting myself by looking at Hunger Games GIFs that describe my sadness, but a new trailer for the movie is also helping. Titled "For Prim," the preview pays tribute to Katniss Everdeen's little sister, whose entrance into the games marked the catalyst for the series.

The two-minute trailer pulls from different moments in the Hunger Games franchise, beginning with Katniss assuring Prim that her name won't be called in the selection and ending with the two sisters hugging. It's incredibly emotional, especially for fans who know how the series ultimately concludes.

You can check out the most emotional moments from the new Mockingjay — Part 2 trailer below.

We're first introduced to Katniss' insane bravery, even in the toughest of times.

2. When Katniss Volunteers As Tribute

3. When Panem Is Pulling For Katniss

Even though the government oppresses rebellion.

4. When Prim Has Hope

5. When Katniss Is The Girl On Fire

Just a subtle reminder that she's going to fight back, no matter what.

6. When Katniss Recalls How It All Began

She just wanted to save Prim and Peeta.

7. When Katniss And Prim Hug

Reminding us of the real reason the whole story began.

You can catch Mockingjay — Part 2 when it hits theaters on Nov. 20.