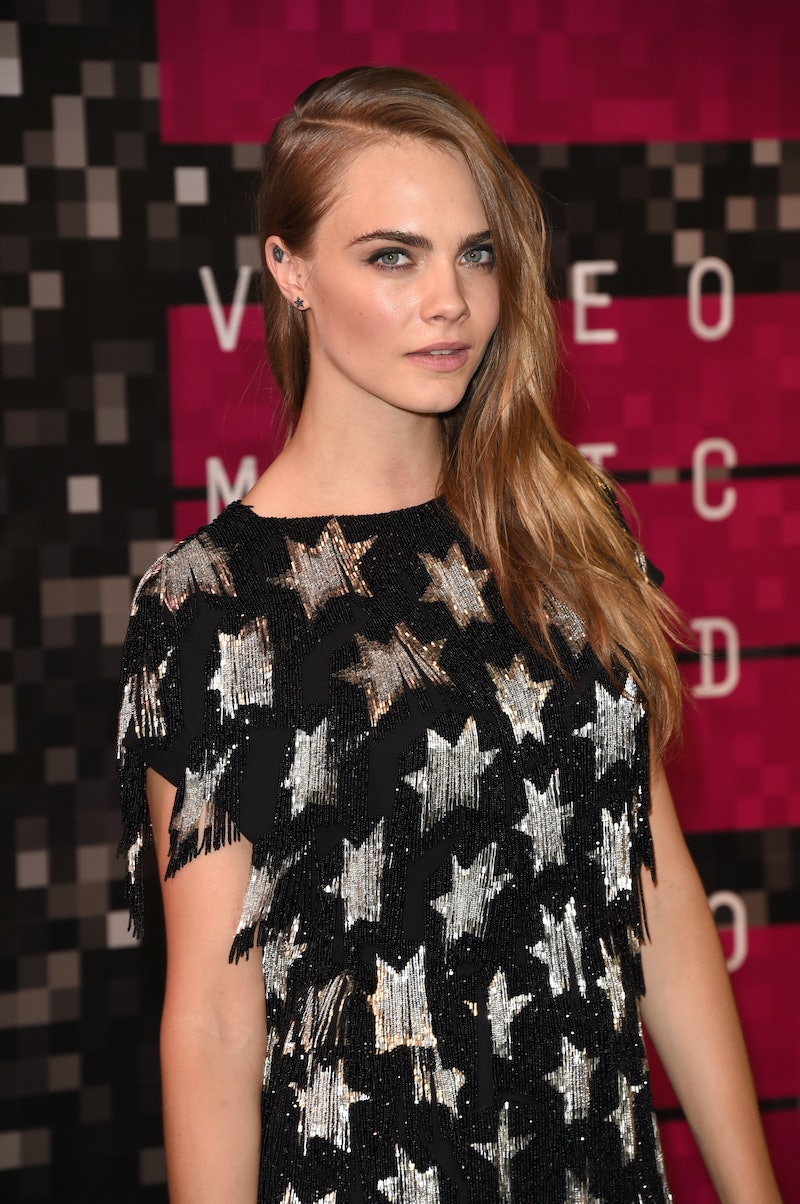 Don't mess with Cara Delevingne. In case you didn't already get that message after the super awkward interview with Good Day Sacramento that she cut short after responding to patronizing interview questions about her film Paper Towns with sarcasm, you now have further confirmation. Just like when the model-turned-actress spoke out about the interview, she is now speaking out after being criticized by a fellow actor for that very exchange. Cara Delevingne has fired back at Richard Madden after he commented on her widely publicized interview and called it "unprofessional."

Here's what happened: The Game of Thrones star was being interviewed by Style magazine when he talked about Delevingne's behavior. "It was unprofessional,” the Scottish actor said. "It made her seem ungrateful. She showed her age. For Cinderella, I did six weeks of those interviews, where you get asked the same eight questions."

The 29-year-old did not seem to mince his words there. And Delevingne did not take his words lying down. As you might remember with the Paper Towns interview, after the model/actress was accused by the hosts of being in a "mood" and not talking with enough "oomph," she addressed the interview with a simple tweet. She wrote, "Some people just don't understand sarcasm or the British sense of humour." That was pretty much that, and the Internet was overwhelmingly on her side. And once again, Delevingne has shown she is not afraid to stand up for herself.

The 23-year-old responded to Madden's words via Twitter, writing, “@_richardmadden I have no idea who you are but I think it's little desperate for a grown man to be bad mouthing someone they don't know." As we all know, one of the most cutting ways to get back at someone who insulted you is by asking this simple question, "Who are you?"

As if that weren't enough, she followed up that with another tweet. “@_richardmadden if you really want attention that badly, try focusing on your own work and not other people’s.” So now she turns the tables on him by calling into question about him acting his own age and his own quality of work. It goes without saying that she did not hold back here.

Not everyone takes on insults in such a bold way, but honestly, it seems like her approach worked, at least in this case. Madden responded by tweeting, “Hi @Caradelevingne, nothing but respect for you. Misquoted and blown out of proportion. #SlowNewsWeek.”

Well, it seems like, in any case, he has backed off. So, mission accomplished in the meantime for Delevingne. And a word of warning to anyone else who hopes to cross her with any similar comments!