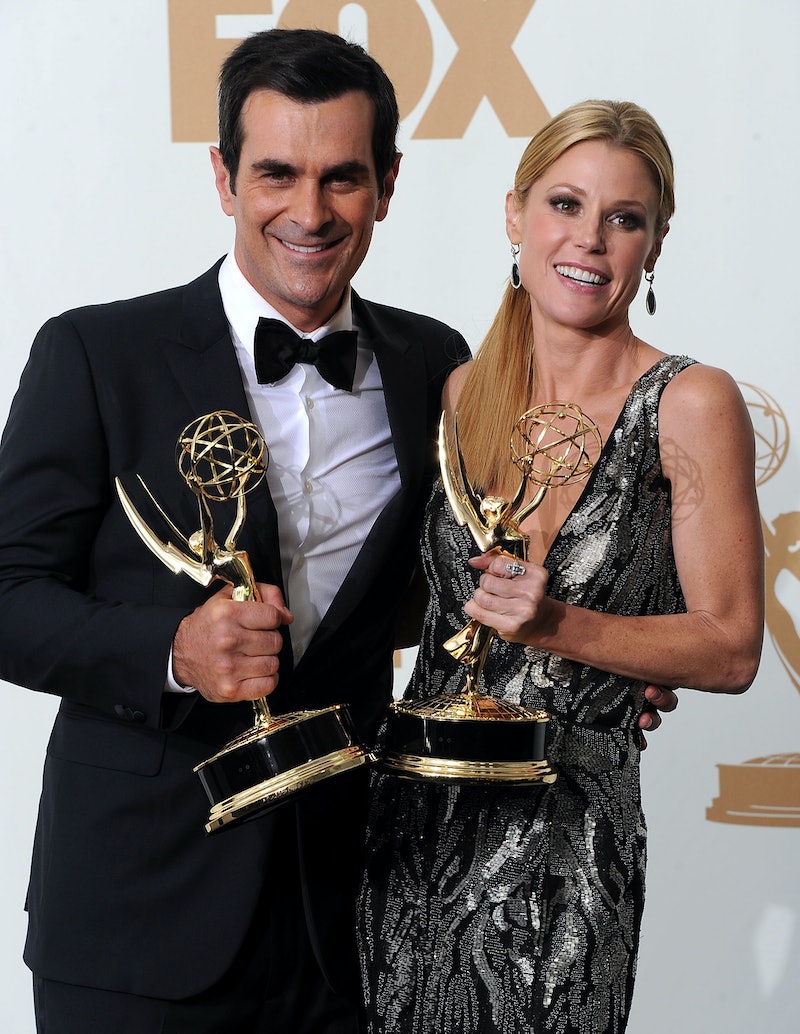 Modern Family is one of those shows. You know, the ones that seem to sweep every award show in which they’re nominated. While Season 7 of Modern Family promises big changes, the cast will still attend the 2015 Emmys, where they have a cool three nominations. With six seasons under their belts, that means they’ve racked up an impressive amount of nods over the years. Here’s how many Emmys the Modern Family cast has.

The short answer is 22 Emmys. (Not counting the 2015 awards, of course.) That’s already a very impressive number, but it’s even more so when you take into account that that they’ve been nominated a whopping 73 times for six seasons, which averages out to more than 12 nominations per season. Whew!

Considering the size of the cast — not to mention the writers and crew — there are a lot of options for where these Emmys go. Let’s take a look at who’s collected the most nominations and wins over the years.

Ty Burrell leads the pack with six nominations — one for every season of the show. He's won two times, but the 2015 Emmys could make that three. Burrell's TV wife, Julie Bowen, was also nominated six times, and has two wins to her name. (Potentially three, pending this year's awards.)

Other big nominees include Modern Family 's casting director Jeff Greenberg, who has six nominations and one win. The show has been nominated for Outstanding Comedy Series six times, and won the past five years. However, those wins go to the producers and ABC, not the cast.

You can see if Modern Family collects any more Emmys during the 2015 awards on Sept. 20.