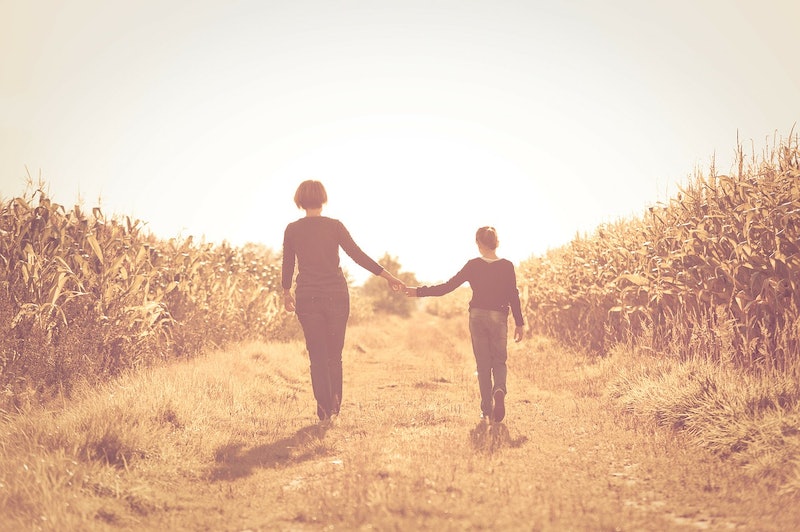 A Washington Post-Kaiser Family Foundation survey conducted this year revealed that college students and recent grads are seriously confused about consent, with 40 percent believing that unspoken action can indicate consent, and 40 percent believing that it can’t. Young adults outside the US are confused, too: A study conducted this year found that only a third of Canadians are able to fully identify what “consent” means, and, in 2010, a U.K. survey found that a mere 69 percent of young men said they wouldn’t try to have sex with someone who was unwilling and one in twenty reported that they would attempt to have sex with a sleeping person (WHICH IS HORRIFYING). This confusion is not very surprising when we consider the current, sorry state of sex education in the U.S. (recently lampooned to depressing and hilarious effect by John Oliver on Last Week Tonight), where sex ed standards are inconsistent and often inadequate. Many schools still enforce “abstinence only” sex education policies, so that the only lesson students get about consent is that they should never, under any circumstances, give it. As Oliver points out, by only ever teaching students to say “no,” these schools fail to teach students how to say “yes” and how to recognize “yes” from a partner.

This is all to say, Parents: It’s up to you to teach your kids about consent. It may be awkward and uncomfortable, but you can’t rely on schools to do it for you, and you shouldn’t expect your kids to figure it out on their own (especially not when many of them are learning about sex via internet porn, which offers … less than realistic depictions of what sex between consenting adults looks like). In the wake of a number high profile campus sexual assault cases, many colleges are having students attend programs about sex and consent, but education about consent — both giving and receiving it — can’t wait until kids are, well, already adults. There are a lot of age appropriate ways to teach kids about consent. Here are a few ideas to get you started:

1. Show kids that they control their own bodies.

As Martha Kempner points out in RH Reality Check, you can teach your kids from an early age that they control what happens to their bodies by simply demonstrating that you respect their choices about their bodies. This means that if, for example, you’re tickling your child, and he or she says “Stop” or “No,” you stop — even if you suspect that your child doesn’t really mean it. You stop the tickling, and if your kid wants you to continue, he or she will indicate it. By always respecting your kid’s “No,” you’ll show him or her that “No” is a powerful word that should be respected and that he or she has the right to control what happens to his or her body.

You can also reinforce your kid’s sense of bodily autonomy by not forcing him or her to hug or kiss other people (or endure being hugged and kissed by others). If your son or daughter doesn’t want to hug Grandma, or Aunt Sally, or even you, then respect your kid’s wishes. Doing so will help children to learn that their bodies are their own, and that other people do not have a right to touch them against their will.

2. Teach them to respect other people’s bodies.

The logical corollary to showing kids that you respect their boundaries is teaching them that they have to respect other people’s boundaries. You can do this by encouraging them to ask other people if they want to be touched before touching them (especially among young children, who naturally tend to be very grabby), and by emphasizing the importance of honoring other people’s “No”s.

My early sex education consisted of my mother reading Where Did I Come From? to me, I think because she was too embarrassed to explain sex to her kid without a bit of help. And it worked. (I mean, I thought the book was some kind of hilarious fictional comedy at first, but then we were able to have an actual conversation about it). There are a lot of different books out there that teach kids about sex, from picture books for young children that go over the basics of human reproduction, to longer works for teens that have information on everything from masturbation to STD and pregnancy prevention. Seek out books that specifically discuss consent (like Heather Corinna’s book for teens, S.E.X.: The All-You-Need-to-Know Progressive Sexuality Guide for Getting You Through High School and College).

The important thing here is to not rely completely on a book, or on your child to understand it. Read the book with your kid and use it as a jumping off point for further conversation.

4. Read some YA novels together.

It’s obviously very important that you talk to your child about how to recognize inappropriate behavior from others, and how to say “No” to unwanted touching or attention. But adolescents and teenagers also need to know what positive, consensual sexual behavior looks like, and YA novels might be able to help. Last year, the Sexual Violence and YA Literature Project asked YA authors Carrie Mesrobian, Christa Desir, and librarian to list their favorite YA novels that feature characters and scenes demonstrating enthusiastic consent and positive attitudes about sex. Their choices include The Perks of Being a Wallflower , Twenty Boy Summer , and Infinityglass, among many others. (See their full selections here, here, and here.)

Some adolescents and teens may find it easier to talk about sex in relation to fictional characters, and specific circumstances, than in an abstract way with their parents. Try reading some of these books along with your kid, and together discuss their portrayals of sex (as well as kissing and other behaviors). Talk about what was good about it, and what may have been negative about it. Discuss the events and feelings that led characters to have sex (or to choose not to have sex).

The news is frequently full of ugly stories of sexual assault. Although you may be tempted to shelter your children against these disturbing realities, in the long run, being exposed to these real stories can help them to learn about consent, rape, and what is and isn’t OK in sexual situations. As Mary Cathryn Ricker writes for Ms. Magazine,

The news provides one powerful tool we can use to have age-appropriate conversations with our kids. Any time a story about sexual assault makes headlines, it offers an opening. Either we can ignore it because it’s uncomfortable, and send kids the message that sex and sexual crime is shameful and not to be discussed, or we can use it as an opportunity to help build their values systems.

No matter how uncomfortable talking to your kid about sex makes you, and no matter how much your kid or teenager cringes when you bring it up, it’s important to keep the conversation about sex and consent going. As tempting as it may be to bring sex up once and then never go there again, try to develop an ongoing dialogue about consent with your children as they get older. Doing so will (hopefully) encourage your kids to come to you with any questions they have, but it will also establish the important precedent that sex is something that should be talked about. Hopefully that precedent will embolden them to clearly verbalize their desires and boundaries when they eventually find themselves in sexual situations with others.