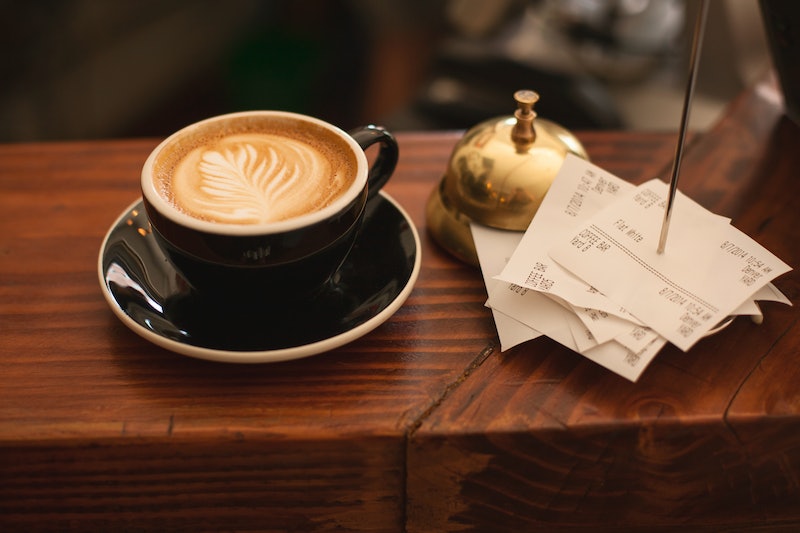 Anyone who doesn't feel fully human until that first cup of coffee in the morning will have no trouble believing that humans and caffeine go back a long way in history. It turns out, though, that this relationship might be even older than we realized: According to new research, caffeinated drinks have possibly been around since 750 AD (or CE, if you prefer) in what today is the American Southwest — meaning mankind has been getting their caffeine fix for roughly 1,200 years. So your love of coffee has a longstanding history.

Until recently, the first concrete evidence of caffeinated beverage consumption comes from 15th century Arabia, in what is today Yemen. However, it seems that the indigenous peoples of the American Southwest were way ahead on that point. After a team of researchers at the University of New Mexico did an analysis of organic residue left on cups, bowls, jars, and pitchers, they concluded that not only did they probably consume different types of caffeinated beverages made from two different plants, but moreover, that the practice dates back over a thousand years — as far back as the year 750 CE.

Even more interesting, neither of the plants used to make these drinks — cacao and yaupon holly — are native to the region. Instead, both are indigenous to Mesoamerica and the American Southeast, respectively.

"I think the primary significance is that it shows that there was movement of two plant that have caffeine in North America — that they were either exchanged or acquired and consumed widely in the Southwest," said lead author Patricia Crown.

These findings add to existing evidence about trade between Mesoamerican and North American peoples, and also suggest that presumably caffeinated beverages were consumed even earlier in Mesoamerica and the American Southeast than the were in the Southwest. Like I said, it looks like humans' history with caffeine really does go back a long, long way.

So what are some other highlights in this long and illustrious history? Well, here are a few.

The oldest evidence of coffee use comes from Ethiopia. According to legend, a goatherder named Kaldi noticed that after eating berries from a particular type of tree, his goats became unruly and didn't want to go to sleep in the evenings. He reported this observation to a local monk, who made a drink out of the berries and found it kept him awake for evening prayers. He shared this discovery with other monks, and the beverage caught on throughout the region — and eventually the world. There is no way to verify if the legend is true or not, but it certainly makes for a pretty cool origin story for our beloved coffee beverages.

The first verifiable evidence of coffee trees being cultivated and of coffee being consumed and traded comes from 15th century Yemen. Called qahwa, it was first used by monks in order to stay alert. Soon, though, coffeehouses sprang up where it was drunk socially, and where men would gather to play chess and discuss ideas and politics, even rivaling mosques as meeting places and spaces for discourse. Authorities worried that such shops could become a breeding ground for sedition and dissent, but all efforts to ban coffee consumption failed.

Taking a page out of the Yemenis' book, Europeans began first establishing their own coffeehouses in the 17th century, and by the 18th, they too had become centers of discourse and intellectual thinking. An entire coffeehouse culture sprang up, with patrons of various establishments engaging in gossip and rivalry with one another. It also fostered a surprising amount of innovation, and basically acted as "the Internet of the Enlightenment era."

Coffee consumption didn't take off in the United States until after the Boston Tea Party. During the American Revolution, drinking tea became unpatriotic, so all the formerly good British colonists began switching over to coffee, and then never quite went back. We've been a nation of coffee drinkers ever since.