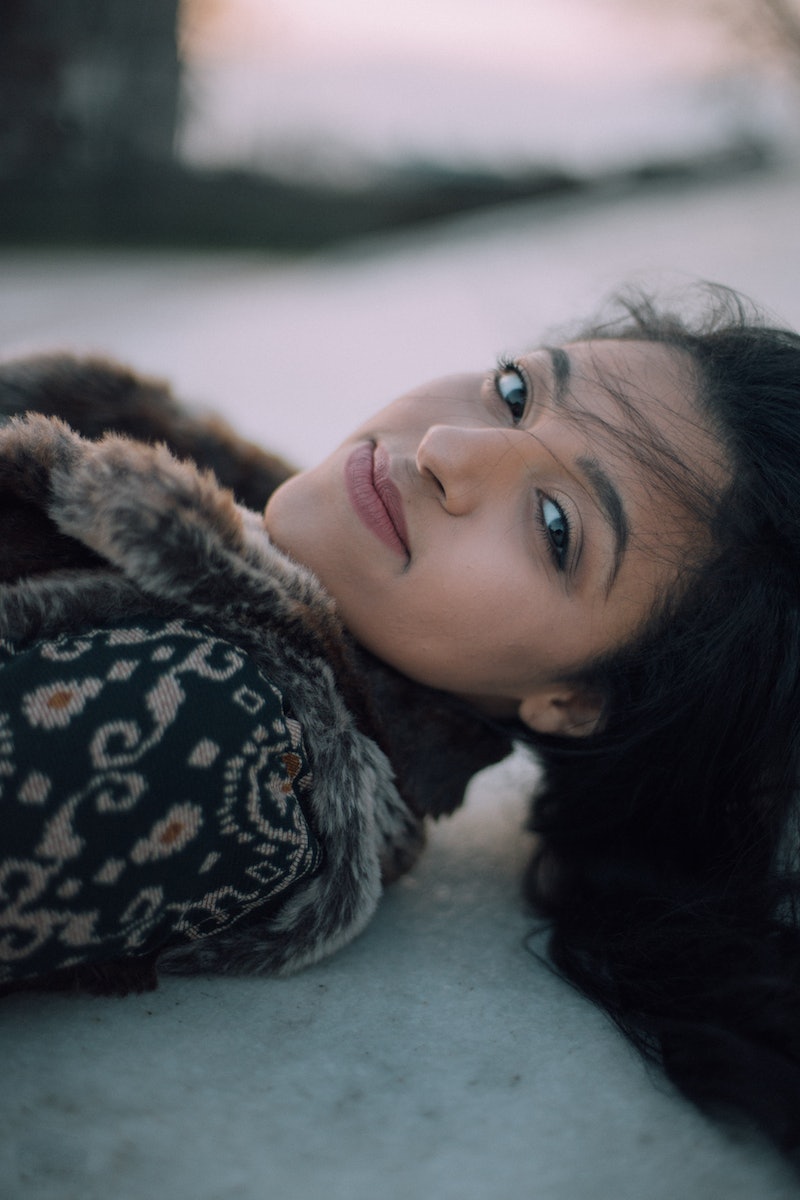 The eyes may be considered windows into the soul, but according to some researchers, the rest of your facial features say something about you, too. In fact, by some reports, they reveal more about your true personality than any written quiz possibly could. Australian professor and researcher Alan Stevens told Business Insider that there's a lot of statistical support out there to draw incredible conclusions about your character and health merely based on your natural facial features — and many branches of academia are curious about exploring the subject further. Genes and hormones affect our growth and shape our character, so why not the biological makeup of our faces?

It may sound like a stretch, sure, but check this out. Researcher Carmen Lefevre at Northumbria University conducted studies regarding how American presidents and their true ambitions were perceived by subjects. Lefevre found that participants drew many of their conclusions about how trustworthy, intelligent, and cooperative these politicians were, based solely on the shapes of their faces. Without even realizing it, the trust we put in another person is partly based on their bone structure.

Obviously, it's not always this cut and dry. You can't figure out a person's life story just by glancing at the space between their eyebrows. But there is enough evidence out there to at least make us curious. Of course, the data doesn't always hold the right answers, but it could reveal some pretty interesting stuff about the relationship between our facial features and personality traits — or even just the things we believe and biases we hold about people with various kinds of facial features.

Curious? Here are what five of your key facial features may have to say about your personality.

People with bigger cheekbones and wider faces (think Sylvester Stallone or Sarah Palin) generally have higher levels of testosterone, and thus are supposedly more likely to be aggressive than someone with a more narrow bone structure.

This isn't to say that they often act out aggressively, but they might be inclined to respond to potential conflict rather than just blow it off, unlike the next (narrow-faced) person. Psychologists think this may be an evolutionary benefit of having robust bones — people with more testosterone are genetically programmed to handle more conflict. This particular trait is also often linked to being more assertive and confident, so much so that full-faced employees generally earn more than their smaller-faced counterparts.

This link is also seen in capuchin monkeys — the wider the face, the higher up in the natural hierarchy the animal will probably be. If you want to measure your face and see how you measure up, compare the distance from ear-to-ear with the distance between the top of your eyes and top of your lip; the average width-to-height ratio is approximately two.

2. Size Of The Cheeks

Of all the random-seeming measures of health, cheek size is a pretty unexpected one. And yet, some researchers are using exactly that to measure overall health. If you have fuller cheeks, you might be more prone to catching illnesses and infections, and they may last longer for you than they would for someone with smaller cheeks. Researcher Benedict Jones at Glasgow University told BBC that the larger-cheeked are also more likely to be depressed or anxious over the course of a lifetime.

Lefevre's research on skin tone and health have nothing to do with ethnicity, he says. Rather, it's about identifying the undertones — those "barely-noticeable tints" — that reflect different lifestyles and habits. For instance, Lefevre notes that having a yellow, golden hue to your skin tone has may be tied to robust health — as gold in your skin tone is tied to how many fruits and vegetables you've been eating. Caroteneids are orange pigments naturally found in fresh produce, and they help you create a strong immune system. They show up under the surface of our skin if we've been eating a lot of them, so their presence is a very good sign.

Or does your skin have a bit of a rosy, pink hue? Lefevre believes that that means you've got good circulation and you probably live an active lifestyle. A reddish tone could also be connected to a woman's fertility cycle; a hormone called estradiol flushes to the skin during ovulation, dilating the blood vessels in the cheeks.

In 2013, the Journal of Craniofacial Surgery published a study claiming that different kinds of connective tissue and bones in your nose have a lot to say about your personality. If you have a generally large schnoz, the study reports, you are ambitious, confident and self-reliant — a born leader. You can get a little emotional at times, but you think well on your feet. Just have a large nose tip? You might be a financial planner who cares very much about where your money is going. Folks with neutral nose tips — ones that are neither round nor sharp — were reported to be sweet, mild-tempered, and to have endearing personalities.

Have a longer nose? You may be intuitive, enjoy action, and be very decisive. Or not — there's probably only so much information you can draw from nose shape. But if you've always wondered why you're so ambitious, it might be time to thank your nose.

Because each person's eyes are so uniquely different, scientists at Orebro University in Sweden decided to to do some research on whether our iris patterns are connected to our personality characteristics. They studied 428 subjects and found that some deeply-rooted attributes were connected to these windows to the soul. Researchers found that crypts (the teeny tiny clusters around the pupil) densely packed in a subject's eyes indicated a tender and trustworthy personality. But if they are contracted tightly, the subject might be more on the neurotic side.

Researchers at Pittsburgh University also found that women with lighter eyes experience less pain in childbirth, and those with darker eye colors require less alcohol in order to feel intoxicated. This is because darker eyes signal more melanin — the pigment that gives them a deeper hue. Lots of melanin is often a sign of quicker and more efficient brain function; it's also been found to indicate more electrical connections between the brain cells.

Of course, most of this shouldn't be taken too seriously. Our personalities are the result of many factors related to our lives — not just the shape of our cheeks or nose. But if you've always been confused as to why you're an emotionally aggressive financial planner who gets tipsy off one glass of wine ... well, maybe you finally have your answer.