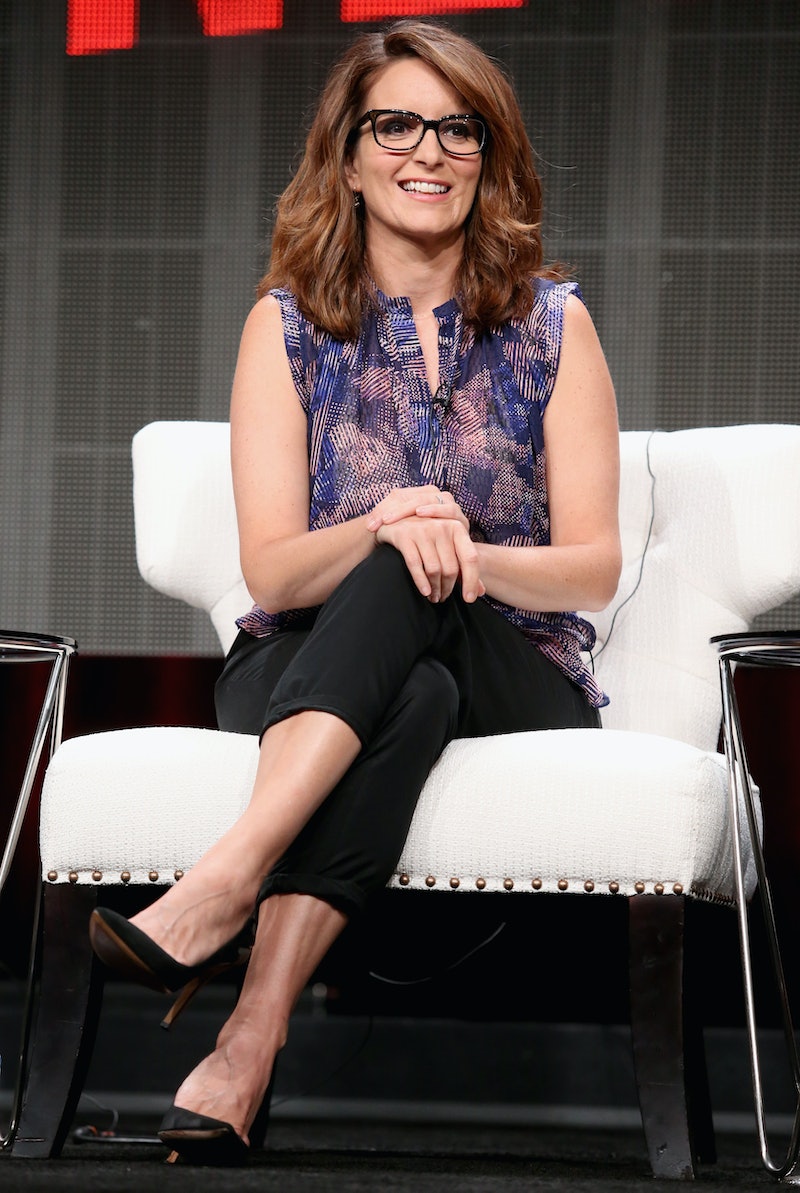 From Bossypants, to Saturday Night Live, to Mean Girls, to 30 Rock, fans know that Tina Fey’s writing is remarkable and unparalleled. Still, it's always reasurring to know that other people in the TV industry acknowledge her talent too, which is what makes her Emmy count so exciting. Tina Fey has eight Emmy Awards — that’s right, eight. Since her recent Netflix hit,The Unbreakable Kimmy Schmidt, is nominated for Outstanding Comedy Series this year, Fey could take home yet another statue this Sunday.

Having this many Emmys under her belt, in addition to other awards and even more nominations, just further proves that Fey's voice is one of the most significant of our time. And her witty words, regardless of the medium in which they are received, spread so much laughter. In fact, Fey is the reason I chose to be a writer. As a kid, I took one look at her on Weekend Update and was hooked on being bossy, and clever, and wearing fashionable glasses. I know I am just one person in a generation of women who look to Fey, and her words, for inspiration.

With a big weekend for Fey and Kimmy Schmidt ahead, and so many Emmy wins in her wake, let’s reflect on some of the writer/producer/actress' most hilarious and motivational words of wisdom. Here are eight amazing quotes from eight-time Emmy winner Tina Fey.

1. On Finding Your Voice

“Speak in statements instead of apologetic questions,” from her book, Bossypants.

“You can’t be that kid standing at the top of the waterslide, overthinking it. You have to go down the chute.” Bossypants

“Always remember the most important rule of beauty, which is: who cares?” Bossypants

“Do your thing and don't care if they like it.” Bossypants

“In most cases being a good boss means hiring talented people and then getting out of their way.” Bossypants

"Say yes, and you'll figure it out afterward," she said in an article for O Magazine.

8. On Being A Badass

“Bitches get stuff done,” as she said in a now iconic "Weekend Update" segment on Saturday Night Live.