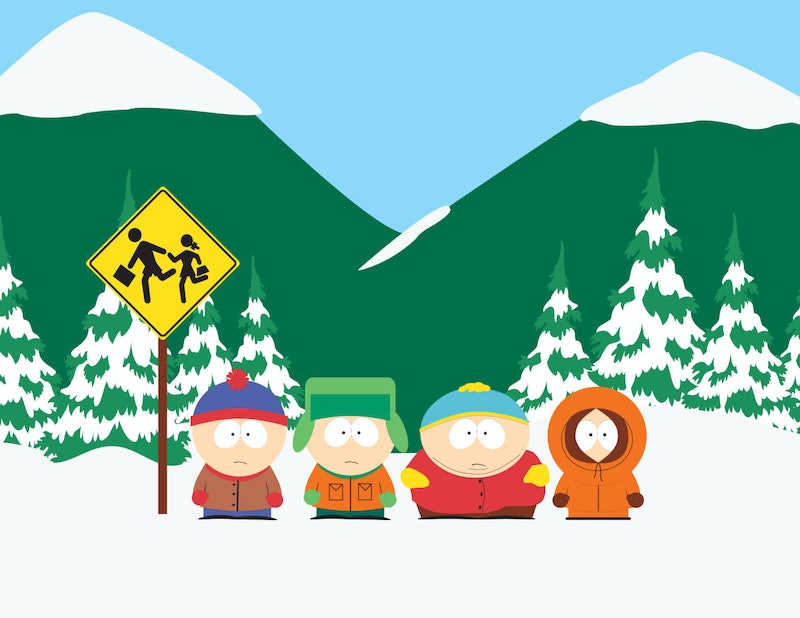 When I heard that the season premiere of South Park would be tackling Caitlyn Jenner, I was nervous. The cartoon hasn't shied away from controversial subjects in the past, and I was unsure of what its stance on this would be. After watching, I have to say that it went better than expected, but it still missed the mark in a few places. Basically, the episode was geared towards mocking excessive political correctness, especially in regard to Caitlyn Jenner. The school got a new principal (named "PC Principal") whose job was to police the language of all those around him. In doing so, he even beat Cartman to a pulp because he disagreed with what he was saying.

The irony of a PC person who claims to stand for justice beating up a kid is not lost on me. I see what South Park was trying to do. But in making the PC people a bunch of white, violent frat guys, they made it seem like a bad thing to strive for correct language around transgender issues. It is a big deal when someone says "he" instead of "she" when talking about Jenner. She identifies as a woman, and wishes to have people use the corresponding gender pronouns. Not doing so is harmful.

The episode starts with Kyle saying that Caitlyn Jenner isn't a hero to him, and he is mocked, harassed, and shamed for his opinion. Every time he tries to claim that Jenner is anything besides a hero, one of the PC bros steps in to remind him that "[Jenner's] a stunning beautiful woman." By the end of the episode, Kyle caves on his opinion, instead declaring, "I just want to say what [Jenner] did took bravery, and she is absolutely stunning."

The episode made social justice seekers the enemy, hellbent on brainwashing everyone's opinions in the name of political correctness. I agree that that's wrong. If you don't think that Caitlyn Jenner is a hero, you're entitled to that opinion. I think that South Park wanted to show that any extremism is a problem. Saying that Caitlyn Jenner is a stunning hero and can never be anything else, and that no one is allowed to think differently isn't political correctness. That's ignorance to her own faults and privilege. At the same time, though, calling someone out on proper pronoun usage doesn't make that person an evil PC frat bro.

There needs to be balance in this conversation. It's important that we consider everyone's opinions while also trying to use language that doesn't marginalize or hurt others. It's OK to be politically correct, which isn't really the message South Park seemed to send. But then again, they also ended the episode by saying, "Joking about un-PC things can be important because it starts a dialogue."

So if that was their intention with this at-times offensive but overall thought-provoking episode, then they succeeded. Which is all the show can really ask for.