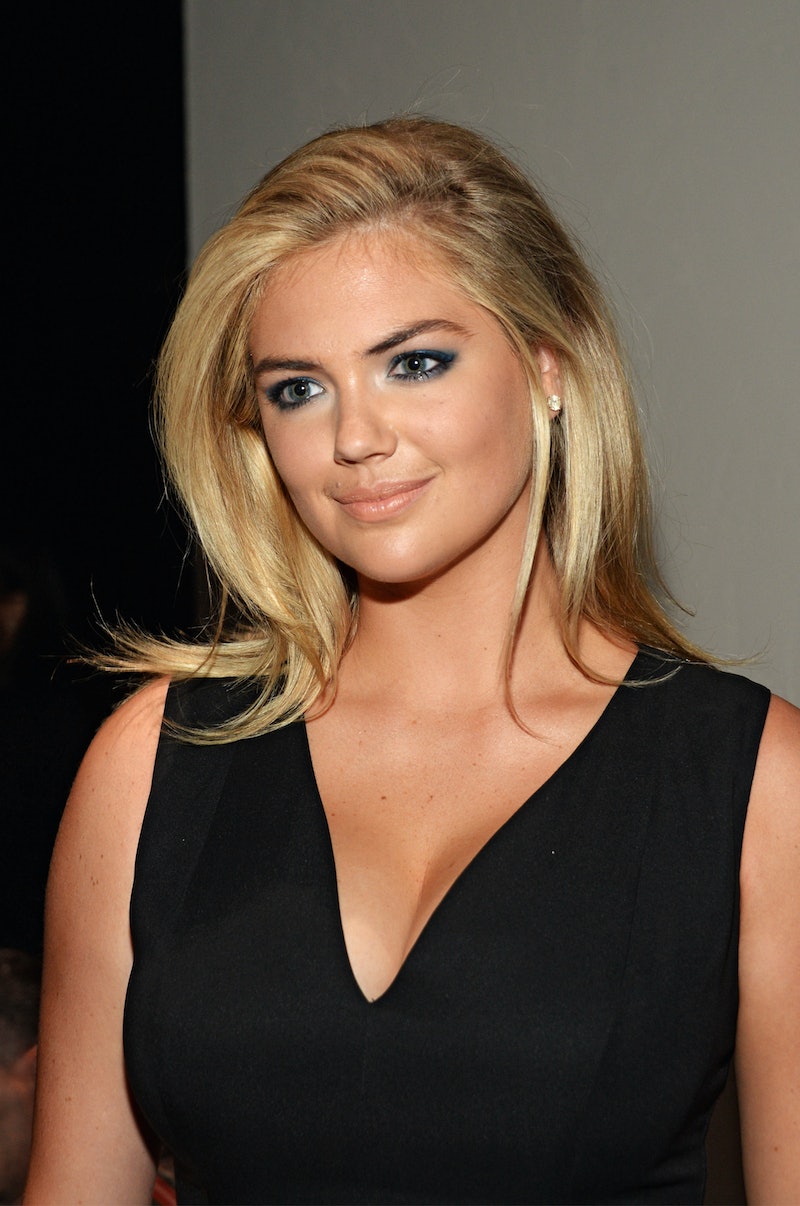 LBDs don't have to be boring. The cut, the fit, and the confidence of the wearer are why little black dresses are closet essentials. Kate Upton's LBD at the Harper's Bazaar Icon event was a prime example of how an LBD is everything. Upton's LBD had so many elements, so it was anything but boring. The curvy, All-American model opted for a dress that was asymmetrical in multiple ways. The hem was long on one side and shorter on the other. So it showed some leg but then it didn't.

The dress has different proportions and therefore can look unique from a variety of angles. It was also off the shoulder on side and had a strap on the other. The dress had a few sparkly panels, which provided an additional shot of glamour to the dress.

Upton's cleavage was on full display, since the dress was fitted. She was sizzling enough to set off the fire alarms. I was left to wonder if the dress could contain her!

The model and actress opted for a half-up, half-down 'do with a bump at the crown, adding some height and making her appear taller than she actually is.

Of course she was totally scorching.

Kate the Great knows how to fill out an LBD. Notice that her accessories were minimal so they didn't compete with the elements of her dress.

It was so multi-dimensional. It was long and short.

I love how the dress changes shape from each side.

Like most fashionistas, Upton often goes the LBD route.

This leather LBD is probably my fave that she has worn. It was glamsual and sexy.

This tea-length frock was a ladylike departure for the bombshell.

This LBD was sophisticated since it was so simple.

Upton rocked statement shoulders and a plunging V with an LBD wrap dress.

She has always been a shapely lady in an LBD. I like that she plays with silhouettes and lengths. She never comes across as "Oh, there goes Upton in another LBD." The model keeps it fresh!