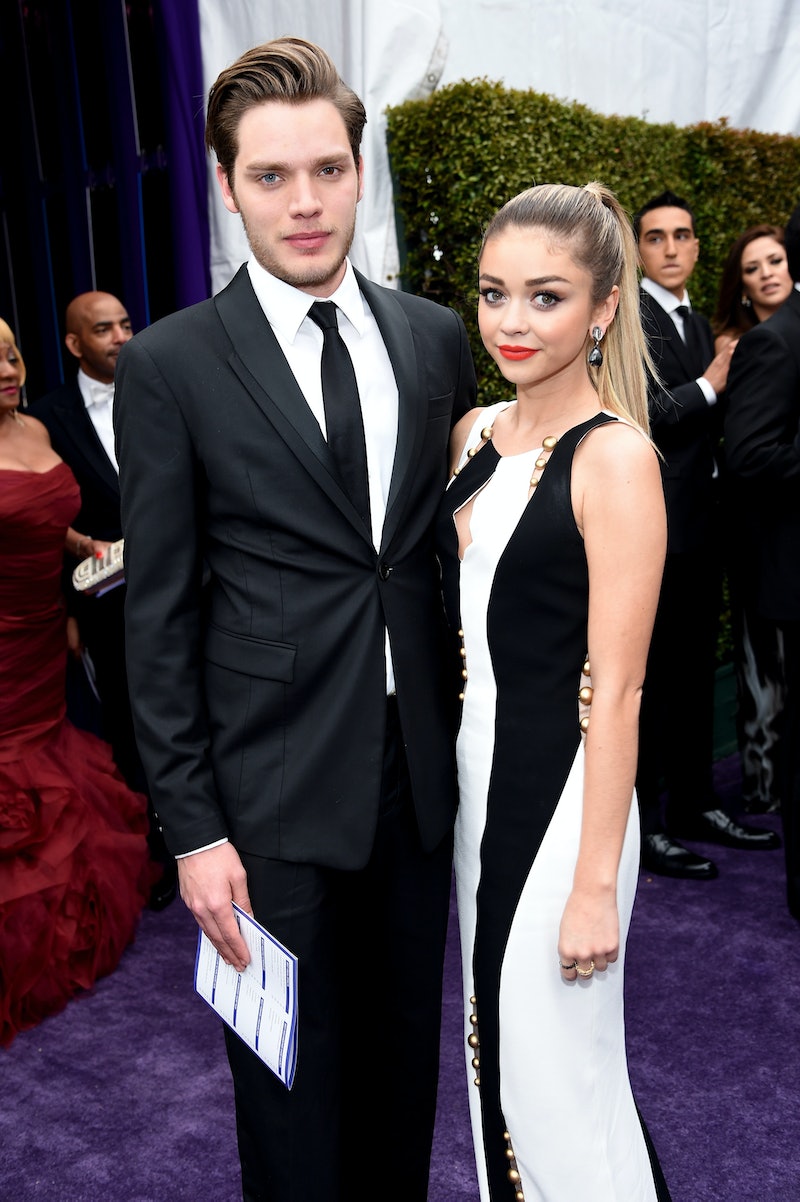 These celebrity lovebirds are pretty adorable. In February, Sarah Hyland and Dominic Sherwood were spotted kissing. Soon enough, it was confirmed by Us Weekly that the TV stars are a couple. So, how did Sarah Hyland and Dominic Sherwood meet? Before getting serious and taking things to the next level, Hyland and Sherwood were just good friends. As goes for most Hollywood couples, it seems like they met during a movie project. They both starred in 2014's Vampire Academy and ever since then they've been inseparable. As the Modern Family actress told E! News, "He's amazing. He's an amazing person. We became such good friends on Vampire Academy."

Now, the two are busy being all adorable on Instagram, not to mention during red carpets. I assume there will be even more cute moments between Hyland and the Shadowhunters actor during the 2015 Emmys. After all, Hyland's TV parents, Julie Bowen and Ty Burrell, are both nominated for awards. Plus, Modern Family is nominated for Outstanding Comedy Series, once again.

If they do show up, I'm sure there won't be any uncomfortableness between them. The same can't be said for Hyland's character, Haley, who's had more than one awkward encounter with her love interest Andy, played by Adam DeVine. However, Andy and Haley have had some super sweet moments. Let's hope Hyland and Sherwood channel their inner Haley and Andy at the Emmys, if they attend. Until that happens, here are two great Haley and Andy scenes to hold you over.

That Time Andy Said The Best Thing Ever To Haley

Yeah, Haley and Andy are adorable, just like Sarah and Dominic.