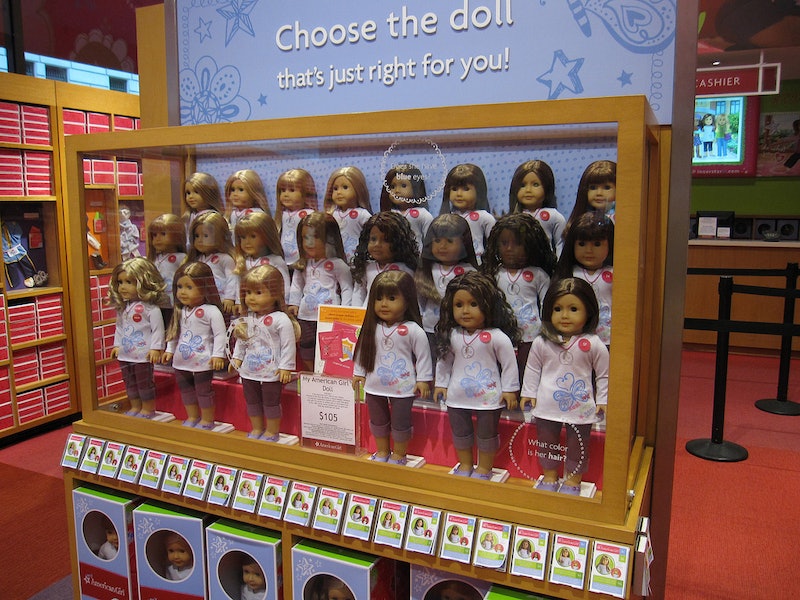 The American Girl dolls and books aren't what they used to be: The historically significant, occasionally heart-wrenching narratives of the characters have since been replaced by tales of privileged girls struggling through comparatively mild problems like gymnastics injuries and underfunded school arts programs. Got your niece one of the old-school American Girl books for Christmas? She needs to know exactly what she's getting herself into: slavery, cholera, child labor, Boston brown bread. It's a harsh world out there, but for lots of us (especially those of us whose mothers wouldn't let us read the newspaper, but we grew up to be journalists anyway), it was our introduction to a history where the worst thing that happened wasn't forgetting to do your homework. Again.

So in case you needed to be reminded of how it felt to clutch your tear-soaked copy of Meet Addy while wailing "Why? Why???", here are the most depressing plot points from the American Girl series. In no particular order, because I can't bring myself to re-hash these any longer. Did these things really happen in children's books?

1. Meet Addy: Addy and her mom leave baby sister Esther behind so they escape to the North.

This is probably the saddest, so let's just get this one over with first, rip the literary Band-Aid off and all. I mean, it's terrible on Addy's part, but, ugh, think of how the mom felt, leaving her baby girl behind with other slaves? Realistically, it was definitely necessary because babies are hard enough to travel with when you're not trying to escape from slave owners and trackers. But this is how they're starting the series.

2. Meet Addy: When Sam was tied to the tree and whipped while his parents stood there and couldn't cry.

EXCUSE MY EIGHT-YEAR-OLD HEART BREAKING. I always had a crush on Sam. This was too much. But it also taught me that history is not all petticoats and pinafores.

3. Meet Samantha: When Nellie was basically abused as a child laborer in a factory.

OK, so this was de rigeur from about the 1820s when woolen mills became all the rage, but the books put a face on it, you know? A thin Irish face that wanted to go to school but had to spend her eighth birthday working in a factory. Things got a bit reverse Little Princess-y when she got to go to school and live with Samantha, but that doesn't override her sad beginnings.

4. Meet Kirsten: When Marta died of cholera before even reaching Minnesota.

She and Kirsten were coming over from Sweden on the Eagle (because America, get it?) and got to be BFFs, through sea sickness and everything. And then they had to say goodbye and promised something about looking at the same sun, and that was tragic, and then they somehow wound up at the exact same boarding house in Chicago. I almost cried, but my emotions weren't fully developed yet. And then Marta had to get cholera, which is the worst disease ever because basically you poop a lot until you die of dehydration, which is not how I wanted her to go.

When I was younger, before I discovered the joys of alcohol as a late-bloomer, I'm convinced I used to yell at my parents for drinking wine because of Jiggy Nye, the scary drunk who abused Penny. Felicity, like all 10-year-olds do to varying degrees of annoyance, loved horses and decided to rescue Penny, and trained her until she was tamed and healthy and happy and psychologically okay. And then she had to say goodbye, because no one wants to get arrested for stealing a horse.

Anyone else notice how the really bad things happen in the first book? It's sort of like a childhood "It Gets Better" PSA, but for lots of different situations that were also heartbreaking. Oh god, I'm going to go read Nietzsche or George Saunders now and make myself feel better.