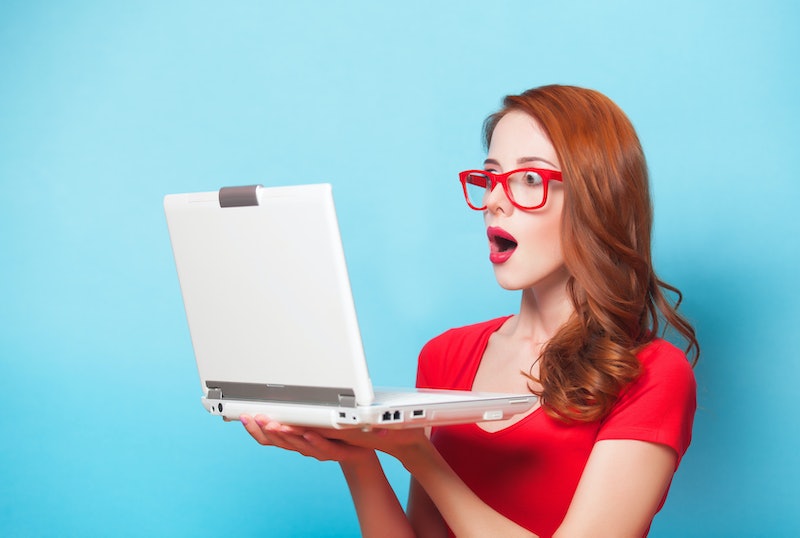 I pretty much only use Facebook Messenger to talk to my best friend of 10 years when we need to swap photos of a high school friend's atrocious wedding or a link to someone's awkward medical overshare post. So the read receipts on Facebook Messenger don't really affect my life, since there's pretty much zero possibility that either of us is fearful of the other person judging us in the silence. But Facebook is about to add read receipts on event invites, which is a whole new kind of dick move.

In other words, now, when that person you haven't spoken to since first semester freshman year invites you to her open mic standup debut (for a $15 cover, and a two drink minimum, where the cheapest drink is a $10 PBR), along with the rest of her ENTIRE FRIENDS LIST, Facebook will tell her that you saw her invite, and didn't bother to respond. According to Daily Dot:

"The addition of read receipts here will give hosts the ability to see who has received invitations and checked updates posted to the Event page. The confirmations—which are designed to give hosts a better idea of who they need to be in contact with and guests the ability to plan better with their mutually invited friends—will be visible on all platforms."

Not responding to a Facebook invite is a vital part of the Facebook social contract. You want to stay friends with people you haven't had more than ten conversations with six years ago to stalk their pet acquisitions and marital status, but you don't want them to know that you do those things. And people hit "invite all" on their event invites, because it's easier than cherry picking through a hundreds-person-long list for the people you actually know and like and speak to. It's awkward enough to see an event invite pop up from a person you barely know, but it's a thousand times more awkward to actually respond "no" to that reply. Because then it's like you're actually having an interaction with this person you don't really know? But it's not a real interaction, it's an interaction communicated through Facebook commands? But now Facebook is forcing that phantom interaction by explicitly telling a person when you ignore them?

Everything is awkward and nothing is OK. Here are three other ways Facebook succeeds at making you feel shitty:

1. Notifying You Of Friendship Anniversaries

This, like the stuff mentioned above, is mostly annoying when you're not real friends with the person and your "anniversary" feels awkward, meaningless, and like maybe you should defriend the person, lest Facebook keep reminding you that you're keeping up a guise of acquaintanceship. This feeling is compounded when the person you're Facebook friends with happens to be an ex-hookup.

Maybe you, like me, are grateful that Facebook now has its own built-in Time Hop-esque feature that shows you what you were doing on a particular day in your Facebook history, because it means you can delete all your dumb statuses from when you were 19. But also, you're forced to be confronted with what an idiot you were. (How were we all that obsessed with Lady Gaga in 2009?)

So let's say you're a light Facebook user, or, like me, you're super paranoid, and have far more people on your Limited Profile list than people who can actually see your posts. The Facebook algorithm rewards high post engagement (meaning number of likes and comments) by making sure your posts wind up in other people's news feeds more often. If you have low engagement (ie., not a lot of likes and comments), Facebook will drop your posts from people's news feeds, which like, SORRY SOME OF US LIKE TO PERFORM BURLESQUE ON OCCASION AND DON'T NEED OUR CATHOLIC SCHOOL TEACHERS TO SEE US IN PASTIES, FACEBOOK. That doesn't mean I don't want people whom I give access to my Fort Knox-grade privacy settings to see my updates.