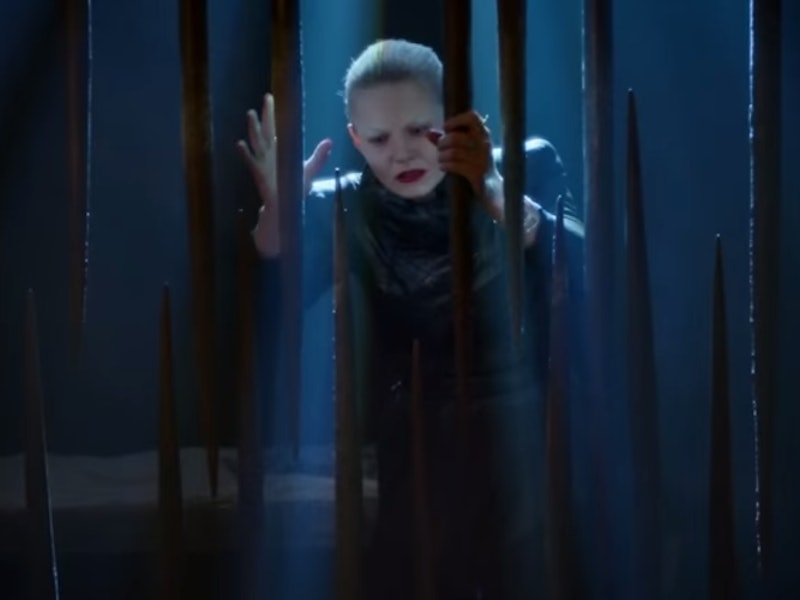 In less than two weeks, Once Upon A Time Season 5 will hit our TVs, and it's about time, that's for sure. It's been a long four month hiatus, but it's finally over, and the arrival of the Dark Swan is upon us. In case you're completely clueless about what I'm referring to, Emma Swan used to be the Savior and then she sacrificed herself to become the Dark One to preserve Regina's chance at a happy ending. The general idea is that somehow, the Regina and the people Emma loves would find a way to save her and get the darkness out of her. However, after reading the synopsis for the OUAT season premiere, it's clear that Emma won't be taking a back seat in the quest to find Merlin and restore herself to her former Savior role.

Aptly titled "The Dark Swan", the first episode will pick up right where we left off in "Operation Mongoose — Part 2" back in May. Emma's disappeared, leaving only the dagger with her name on it behind. We already know from the promo photos released earlier this month that Emma ends up in the Enchanted Forest, but previous to now it seemed as though the new Dark One was already succumbing to her evil urges. However, she's actually still keen to save herself, and that's part of what she's doing in the other realm.

Emma struggles to resist her dark urges as she searches for Merlin in the hope that he can stop her transformation. Along the way to Camelot, she gets help from the plucky and brave warrior princess Merida, as well as King Arthur and his Knights of the Round Table.

Of course, we already knew that Emma would meet up with Merida, but given that the only footage we've seen of them together features Merida with an arrow pointed straight at Emma's heart, it sort of led us to believe that the relationship between them was anything but friendly. As for King Arthur and his Knights, it was to be expected that they'd be good guys and end up guiding the Storybrooke crew to Merlin, assuming they know where to find him (and it seems they do), but it'll be interesting to see how long Emma can resist her dark side. If that clip with Merida is anything to go by, it probably won't be for very long.

Pretty interesting to consider, but that still leaves a pretty big question: how do Regina, Henry, Snow, Charming, and the rest of the Storybrooke crew actually get to the Enchanted Forest? We know they do eventually make the journey, but it's not an easy one, and the synopsis claims that they'll need help from "an unlikely ally." Hmm, I wonder who that will be! Is it September 27 yet?