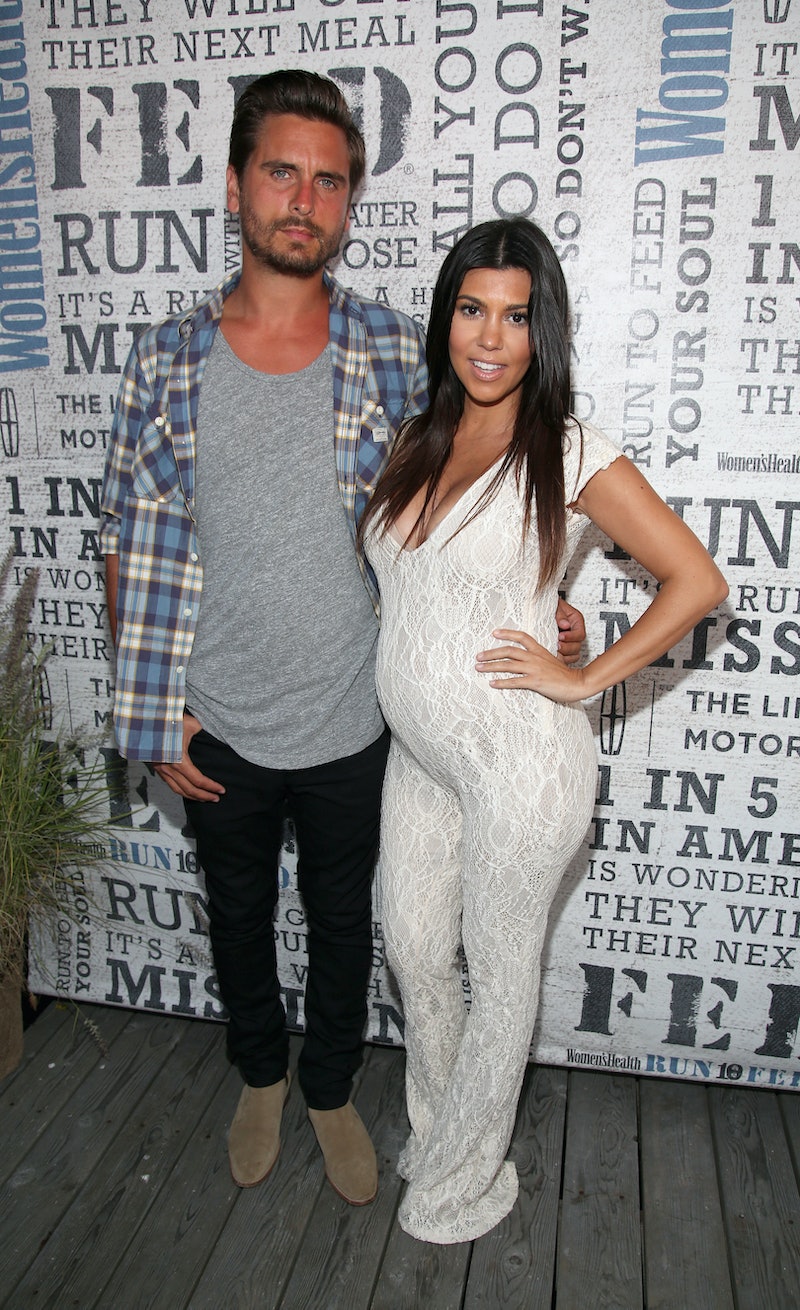 The Lord is with her no longer. It seems like Kourtney Kardashian was not playing when she split with former love Scott Disick back in July of this year after he was photographed getting cozy with a stylist in Monte Carlo. Though the two have had on-and-off moments in the past, it looks like the relationship is officially done this time. Two months after the damning photos, it seems like the Keeping Up With The Kardashians star is standing by her decision. In an exclusive report by Us Weekly, Kourtney Kardashian reportedly refuses to reconcile with Scott Disick.

A Kardashian source dished to Us of the former couple, "They're amicable for their kids, but Kourtney is officially done." Reportedly, the 36-year-old is putting her energy elsewhere — both toward her young children, who range in age from nine months to five years old and toward getting back in touch with a healthy lifestyle. Another source pointed out to the mag that the opposite is true for Disick. "Scott misses his family, but it’s not enough to motivate him to change," the source said of the famously hard-partying star. "He doesn’t have the constitution to cure himself of his issues." It is a positive decision Kardashian is making right now. After all, Disick has had a proven pattern of not making enough effort to change his ways.

Since the breakup, Disick has made several high-profile club appearances. It must have been a slap in the face to Kardashian that the 32-year-old went out partying so soon after the split and publicized it on social media, though the posts have since been deleted. To add salt to the wound, she had even told him before that she did not want him doing club appearances time and again on Keeping Up With The Kardashians. For him to do that was a shocking display of insensitivity to the situation. And even when the former model has not been the featured appearance of the night, Disick has been frequently spotted out and about. He is out so often that he even missed one of his children's birthday celebration, according to Us Weekly.

Disick has also been spotted with a bevy of women since Chloe Bartoli (the stylist he was photographed with in Monte Carlo). A group of women were spotted going into his home in late July according to a report by People, though a rep for Disick later claimed the ladies were filming part of a music video on the premises. Also, Us Weekly reported that Disick allegedly hooked up with Kimberly Stewart, who was one of Kardashian's longtime friends.

While it may be true, as the source said in the Us report, that Disick misses his family, all this partying does not make for a proper reunion with them. So it is a good thing that for now, at least, Kardashian is not budging. Stay strong, K.