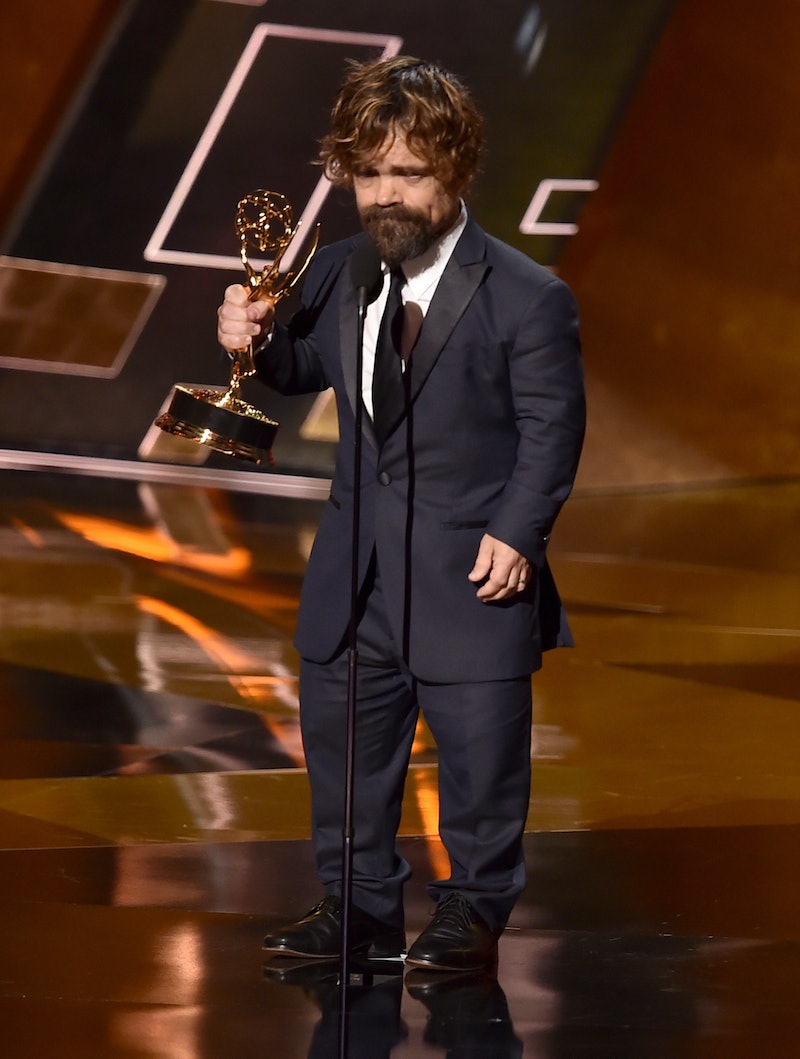 There are some categories where it's easy to foretell the outcome, but when it came down to predicting the 2015 Emmy winner for Outstanding Drama Series, I have to admit, I wasn't entirely sure how it would all play out. I mean, when the shows in your category include the likes of Game of Thrones, Orange Is the New Black, Mad Men, and House of Cards — it's hard to say who deserves the honor most. However, I'd be lying if I said a big part of me wasn't pleased to see Game of Thrones take home the Best Drama Emmy this year, even if it meant leaving Mad Men out in the cold for its final Emmy year. Why? Well, given that Game of Thrones has been nominated in this category for four consecutive years without ever winning, it was more than due for a well deserved victory lap. And it's like they always say, fifth time's the charm, right?

Of course, that's not to say that this year's winner was an automatic shoe-in. Emmy voters still had a very difficult decision to make here. In fact, many people are probably in the middle of a Twitter debate right now, arguing why this year's win should've gone to Mad Men, considering this marked the final opportunity this show has to get up on that stage. But then again, it's not as if Mad Men has never won in this category before. In fact, the AMC hit show won four years in a row at the start of its reign, so I'm satisfied to see the Westeros gang finally get some recognition. Between the smart writing and phenomenal acting, this series has proven time and time again that it is Emmy material and has more than earned the right to take home that iconic statuette.

During the acceptance speech, David Benioff & D.B. Weiss said a few words on the cast's behalf, but aside from thanking numerous people for all their hard work and support, the message was simple: "Thanks again, HBO, for believing in dragons and thank you all for watching."

More like this
Emilia Clarke Shares More Details About The New 'Game Of Thrones' Series
By Maxine Harrison
Twitter’s Reaction To HBO’s ‘Game Of Thrones’ Jon Snow Spinoff Idea Is Chaotic
By Stephanie Topacio Long
Hugh Jackman & Deborra-Lee Furness’ Relationship Timeline Started With A Mutual Crush
By Hugh McIntyre
The EGOT Winners List: Only These 17 Artists Have Ever Reached EGOT Status
By Radhika Menon and Marina Watts
Get Even More From Bustle — Sign Up For The Newsletter