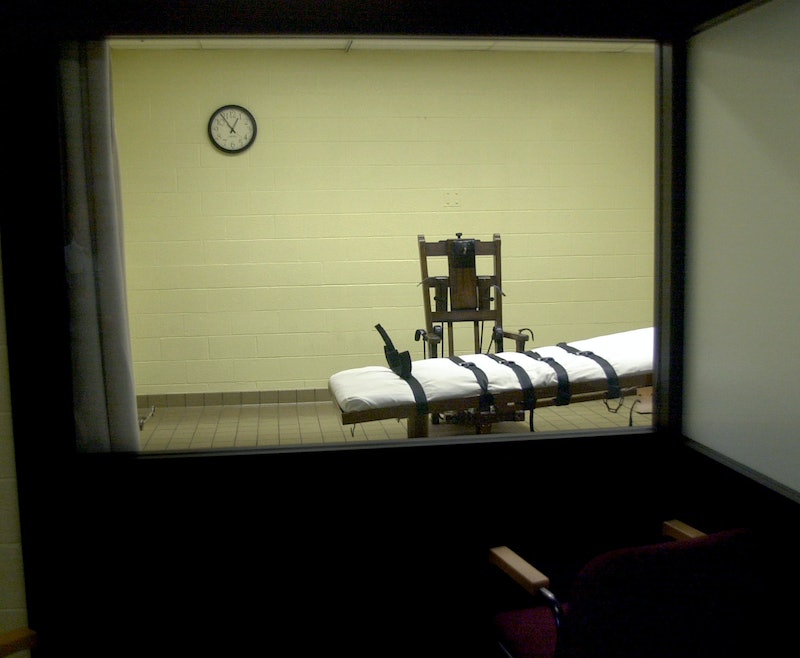 While the U.S. imprisons more of its population than any other country, executions and death sentences are seriously on the decline, and that decline continued in 2013. So far, 39 people have been executed in 2013; some would say that’s 39 too many, but it’s also only the second time in the last nineteen years that less than 40 people have been executed via capital punishment, according to a new report from the Death Penalty Information Center. The number of new death sentences is also falling: 80 were handed out this year, which is slightly higher than last year but historically very low (Consider, as a comparison, that 315 death sentences were handed out in 1996).

More than half of the executions this year took place under the supervision of Rick “Ultimate Justice” Perry, with Texas killing 16 people in 2013. But for the sixth year in a row, the state issued fewer than 10 new death sentences. That’s not exactly encouraging news, considering Perry’s reprehensible habit of intentionally executing innocent people, but it’s a start. And the number of people on death row also declined, as it has been doing since 2011.

What’s the reason for the decline? Public opposition to the death penalty is at an 40-year high, and six states have repealed the death penalty in the last six years, Maryland being the most recent. Perhaps more importantly, though, is the fact that many of the drugs used to carry out lethal injections are only available in Europe, and many European countries that oppose the death penalty have outlawed the exportation of those drugs. That’s simply made it harder to administer lethal injections, and four states — California, North Carolina, Arkansas and Maryland — haven’t killed anyone in seven years due to the shortage.

Some states, however, have circumvented the ban in an unsavory way:

In order to continue executions, states such as Texas, Georgia, Missouri, and Ohio have turned to a controversial source of execution drugs: compounding pharmacies. Until November 2013, these institutions were not subject to regulation by the U.S. Food and Drug Administration, and in recent years contaminated drugs from some compounding pharmacies have caused scores of deaths and widespread illness.

To shield the sources of controversial drugs from public scrutiny, many states have resorted to secrecy, even declaring the compounding pharmacies to be part of their anonymous “execution team.” Such censorship has attracted increasing judicial skepticism, with executions in Georgia and Florida being put on hold for examination of the laws shielding makers of lethal drugs.

The most shocking revelation in the report, though, may be the fact that since 1976, a mere two percent of counties in the U.S. have been responsible for more than half of executions in the country. If death penalty opponents want to make a serious dent in the application of the death penalty, those counties might be the place to start.