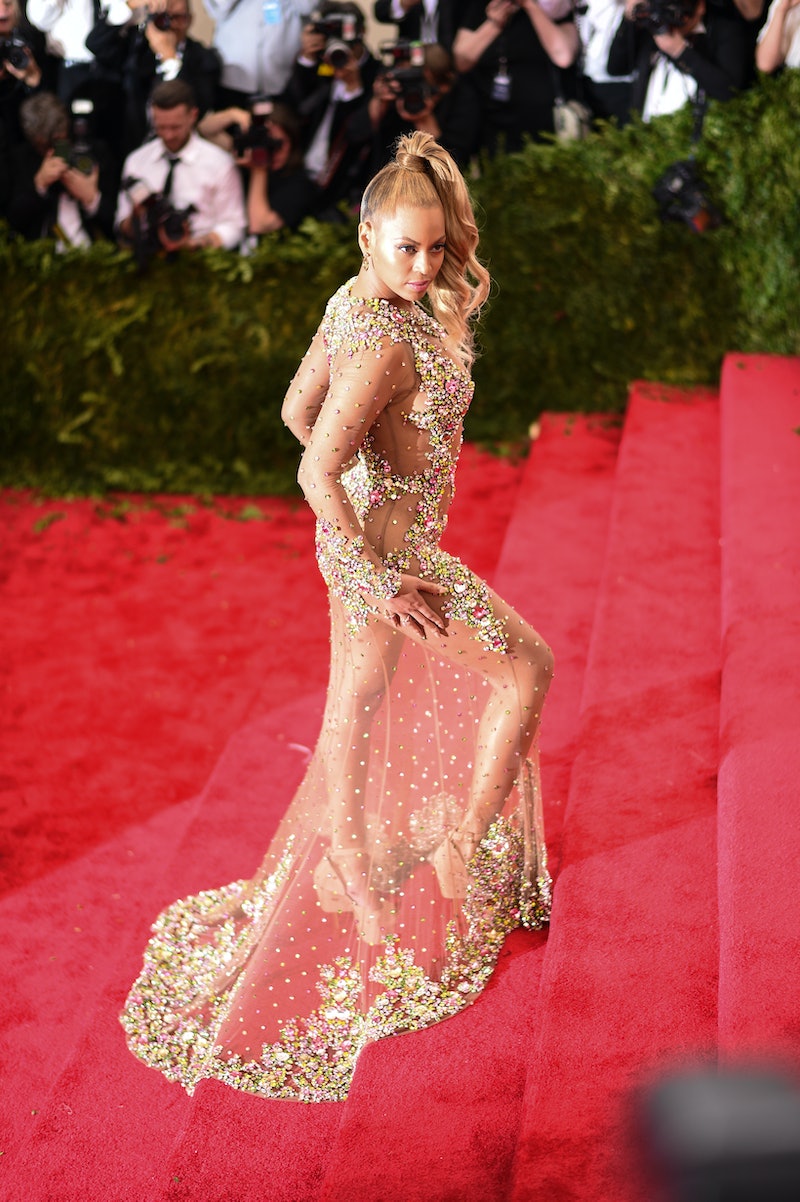 Over the past 24 hours, British producer Naughty Boy (best known for his Zayn Malik and Sam Smith collaborations) has teased pretty much every aspect of his new Beyonce track. He tweeted the single cover, lyrics, a 15-second teaser, and a constant countdown till the song premiered earlier tonight. Naughty Boy's "Runnin' (Lose It All)" with Beyonce and Arrow Benjamin has finally arrived, and it's really Beyonce's show (though she shares artist credit with Naughty Boy and Arrow Benjamin). The track opens with her voice accompanying a simple piano line, which suddenly turns into an energetic, yet still minimalist synth percussion part at the song's midpoint. Benjamin's vocal contribution doesn't come in till the final verse, when the video's separated couple find each other under the ocean.

The accompanying video features a man and a woman propelling themselves along the sea floor and just under its surface, respectively. (Only the doleful piano and Beyonce's soulful pipes save the situation from being kind of funny, actually — running is probably the least efficient mode of travel underwater.) The shots of the murky underwater and schools of shimmering fish pair perfectly with the Beyonce and Benjamin duet, which shows off her vocal range and Naughty Boy's sparse production. And the progressive scale of Beyonce's chorus, "Runnin' / Runnin' / Runnin' / Runnin' / I'm runnin' from myself no more," gives the kind of tonal uplift that hooks listeners and unites image and music. Check out the track and its accompanying video below.