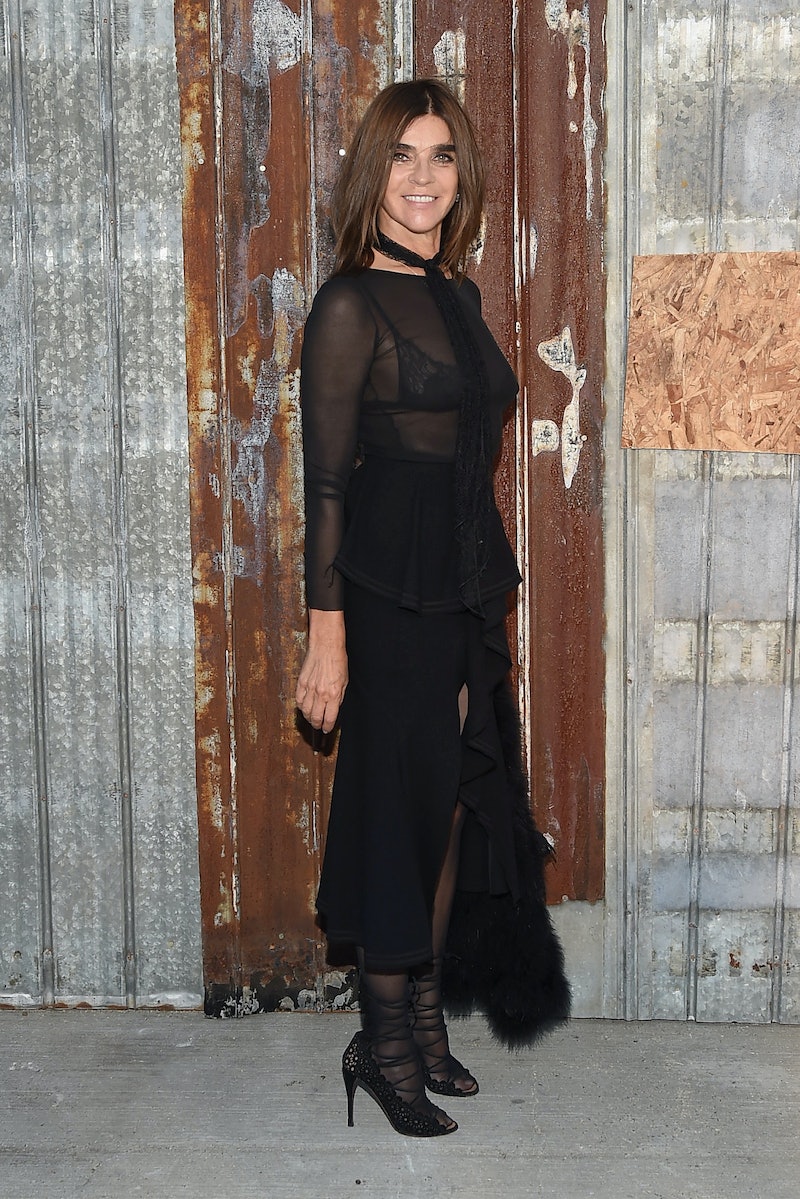 My love (read: obsession) with Carine Roitfeld is no secret — I basically try to channel her every morning when I pick out my outfit for the day. That's why when I heard of Carine Roitfeld's collaboration with Uniqlo, I nearly passed out. And now, we've just gotten a little peek into what it's going to look like, and from what I can see, it's going to be good. Are we really surprised, though?

I've said it before and I'll say it again: Parisian women are the most stylish. And effortlessly so, too. I don't know how they do it, but I swear, babies in Paris practically walk out of the womb in sky-high heels and perfect hair. There's just something about the French way of dressing — it's cool without trying to be. It's sexy without trying too hard. In short, it exudes confidence. And what's more alluring than that?

News broke that CR and Uniqlo would be collaborating earlier this year in April, but we hadn't heard of an exact date for the release. All we knew is that it would be coming out in October. Now, we have the exact date. According to Racked, The Fashion Spot published two photos from the collection's ad campaign that shows off a few pieces of the collection and was shot by Steven Meisel.

The former French Vogue EIC had model Lexi Boling as the star of the campaign — but she looks oddly familiar. Is she channeling Roitfeld herself, with a whole lot of eyeliner, one eye peeking, and dark brown locks? I say yes. Who wouldn't want to be Carine, even just for a few hours?

The two ads feature Boling looking chic as ever, in a long pencil skirt and coat combo, belted off and paired with patterned tights. In the second ad, which is a bit more close up, Boling rocks a leopard print coat, camo sweater, and silk slip dress with a lace trim. Looks like Roitfeld wasn't afraid to use prints in this collaboration!

According to Racked, the ad's fine print reads "The first collection launches on Oct. 29. All items are available at the flagship stores and online. Selected items are available at other stores." Mark your calendars — this is a bigger reason to celebrate than Halloween. The prices for items have also been printed on the ads, and it looks like at the current exchange rate, prices will range from $10-$170.

Seems like Uniqlo is having quite the year, as they just released the lookbook for their collaboration with Lemaire at the end of August. Safe to say they're killing it, and this collection is one I certainly can't wait to see (and shop).