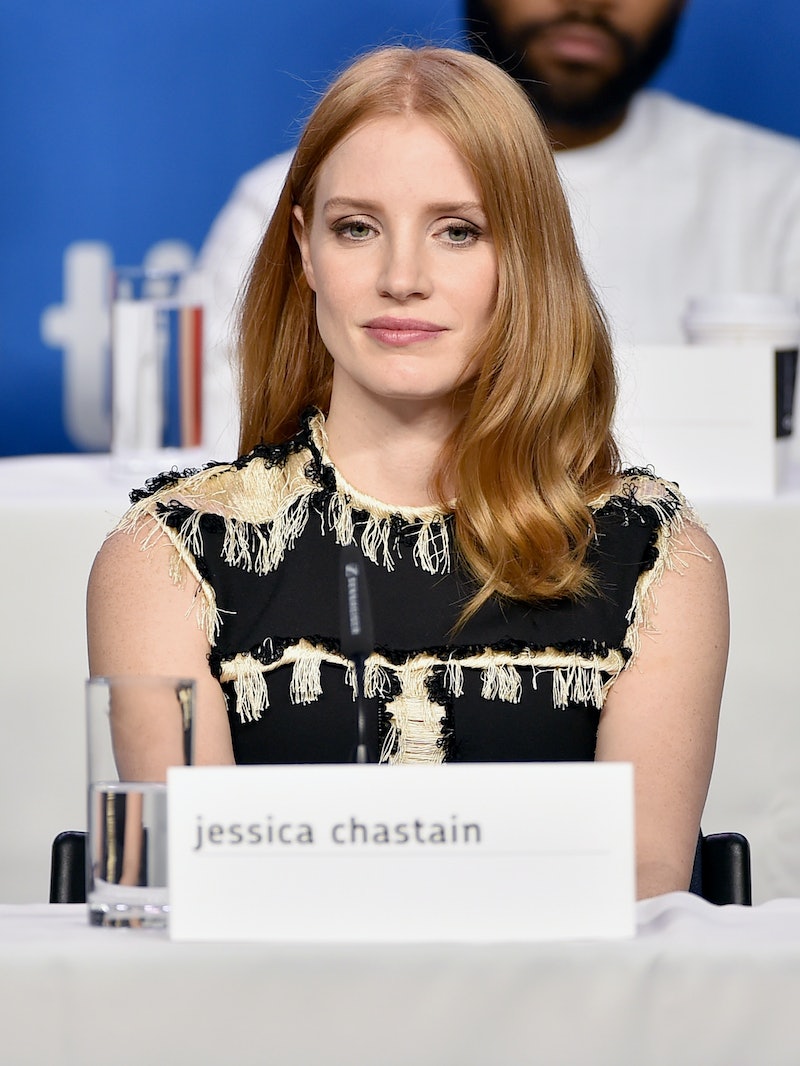 Jessica Chastain has the hair of a goddess. Really, those stunning red locks are the envy of mere mortals everywhere. OK, maybe I'm being a bit dramatic, but fact of the matter is that she's got great locks, no matter what length. Proof: Jessica Chastian debuted a bob while in Italy for the Piaget opening and then showed it off this week at the Ralph Lauren show for New York Fashion Week. The style is a gorgeous change from the blunt cut that the star has been rocking. The new 'do isn't just your standard bob. She went with an asymmetrical cut that hits right below her shoulders. Who doesn't love a little drama with a classic style?

While long bobs have been the dominant style for quite some time now, there has recently been quite a few Hollywood heavy hitters who have been shorting up their looks into the bob territory. There is a bit of a fine line between what constitutes a long bob and what makes a traditional bob, and Chastain has definitely moved into the lob territory. This isn't the first time the actress has flipped the script on her hair. Her bangs back in 2014 were a gorgeous look, but the one thing I'm glad she's never changed is her signature — and natural! — red color.

The asymmetrical bob that Chastain has chose to rock is a popular hairstyle, and that's probably thanks to the change up that it offers women. The style can seamlessly blend classic style with an edgy detail. I love the way Chastain's new look frames her gorgeous face. While I've always appreciated Chastain's style, I've got to say that this may be my favorite of her looks.

Here's how she styled her new shorter 'do in Italy with Mr. Piaget himself.

Sure, it may not be a major chop, but it definitely makes a difference — and I love it!