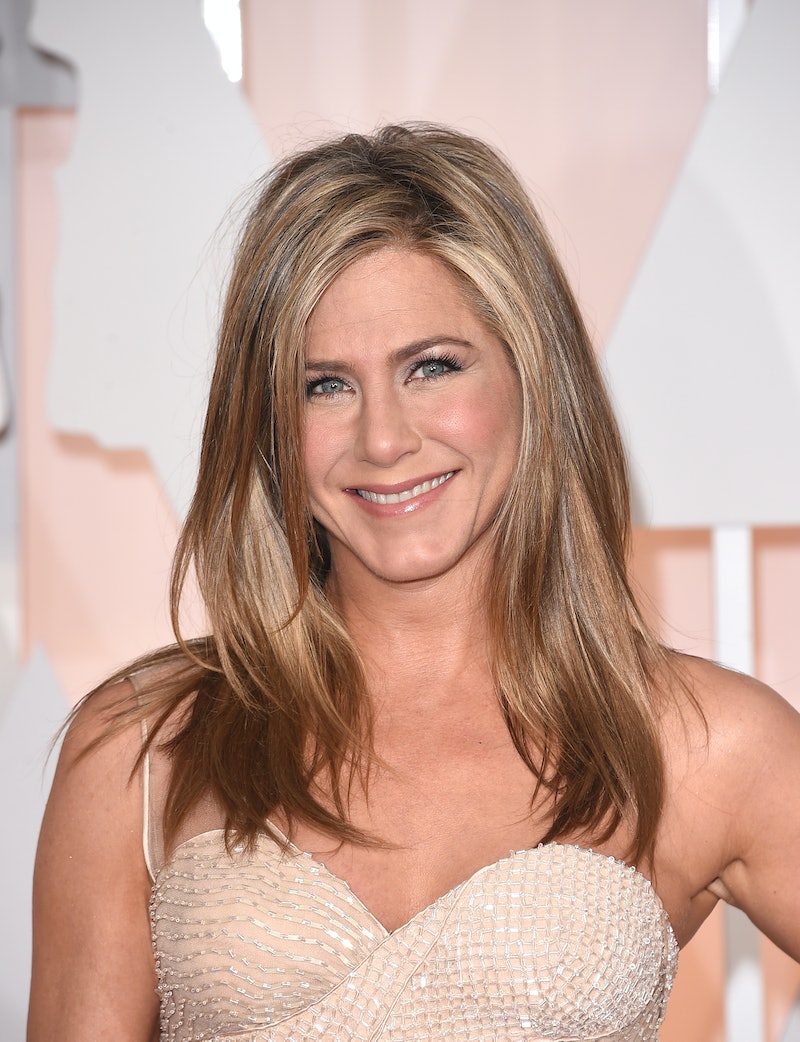 Quick question: Was there a bigger It girl in the late '90s and early 2000s than Rachel Greene, aka Jennifer Aniston? Every girl practically wanted to be her, and so it came as no surprise that Jennifer Aniston's red Emmys dress and mini purse from 2000 still remains one of the most iconic fashion moments of the early millennium. Can she beat out this look at this year's 67th Primetime Emmy Awards? We'll just have to wait and see.

OK, so the best part of her outfit may have been Brad Pitt around her arm, but her red strapless Prada gown was a very close runner-up. In true 2000s fashion, she wore a gold choker, and, wait for it, a teeny, tiny purse we would've all died to have back in the day. I mean, was there anything cooler than a tiny, one strap purse that you kept your Lip Smackers in? Also, I'm pretty sure our cellphones couldn't even fit in one of those. But in 2000, it totally worked.

Nominated that year for outstanding supporting actress in a comedy series for Friends, she showed up to the ceremony with a deep side part, her hair pulled back, and just a few longer strands of hair floating beneath her chin. I still wear my hair that way to this day. She is known for her ever-changing and trendy hairstyles. Remember when people would ask for "The Rachel" at hair salons?

Jennifer Aniston has a way of turning even the most simple of items into an elegant ensemble, and this Emmy look was no exception. Though it's a simple red dress, it hugged her body in just the right places and she looked damn good. Pretty sure this fits the bill of "less is more."

This isn't the first time she's turned heads, though. Her Gucci power suit sans bra at the 2015 Critic's Choice Award has gone down as one of my favorite looks. Ever. And at the 2015 Vanity Fair Oscars Party, in her champagne colored, body-conscious dress with hot hubby Justin Theroux by her side, I wanted to bow down and pledge allegiance to the flag of the United States of Jennifer Aniston. There is literally no one that can pull of feminine simplicity quite like she can, and I can only imagine how stunning she's going to look at the Emmy's this year. No doubt, she's going to look radiant.