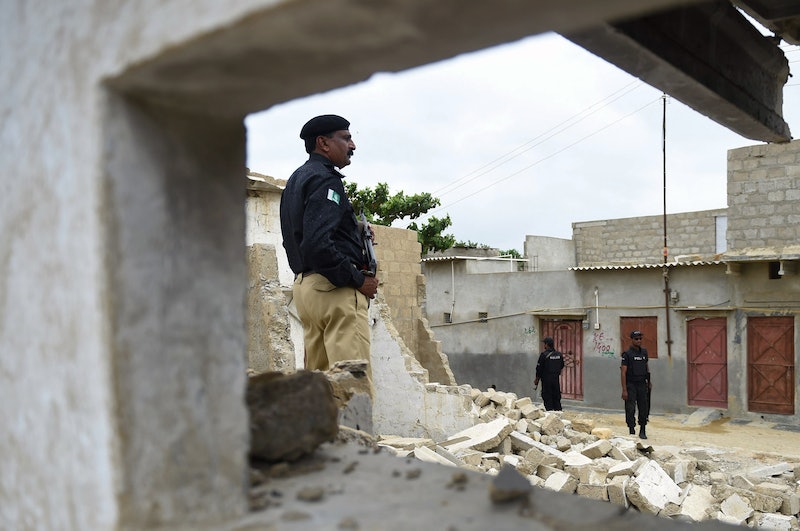 Nearly two dozen people are dead after a Taliban attack on a military base in Pakistan Friday. A majority of those killed were gunned down during worship at the on-base mosque, The New York Times reported. The attack, which occurred just outside the Pakistani city of Peshawar, is just the latest in a string of deadly Taliban violence in the Swat Valley region.

The Pakistani Taliban, known in the region as the Tehreek-e-Taliban Pakistan, has already claimed responsibility for the attack on Friday. According to The Washington Post, the Taliban said in a statement that the attack was retaliation for the military offensives taking place in the region, which the Taliban once heavily controlled. The military launched its operation against the Pakistani Taliban following the brutal assault on a school in Peshawar that killed 150 people last December; most of those killed were schoolchildren.

Friday's attack on the military base wasn't much different from that deadly massacre in December. Taliban members reportedly stormed the base, hitting the guard room first. A spokesperson for the Pakistani military told The New York Times that the militants approached from two different directions.

Once inside the base, the militants stormed the mosque, where they killed at least 16 people. General Asim Bajwa, the Pakistani military spokesperson, told The Guardian that those killed were engaged in morning prayer at the time of attack.

Bajwa added in a statement posted on Twitter Friday that the attackers broke into "subgroups" once inside the compound, but that Pakistani soldiers were able to corral them. At least 13 of the Taliban militants were killed by the military; it's unclear at this time if all the Taliban attackers were killed.

The military spokesperson also posted graphic photos (which we won't display here) showing the bodies of the Taliban attackers strewn about the compound. The militants are all wearing the white sneakers associated with the Taliban.

Although most of the victims have yet to be identified, Bajwa confirmed the name of one victim on Twitter. According to the military spokesperson, Army Captain Asfandyar was among those tragically killed on Friday.