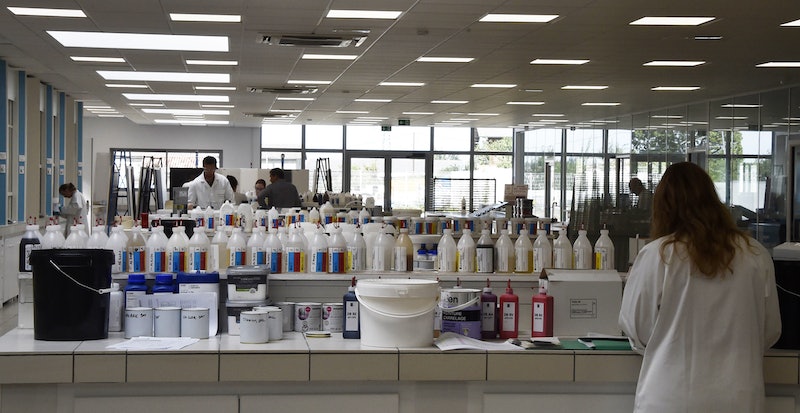 The prestigious Nobel Prize ceremony will be held on Dec. 10 this year, where exemplary humanitarians, writers, and scientists will be honored for their contributions to their field and to broader global society. But on Thursday night we got to celebrate research and contributions from these same categories that veer more towards the curiously hilarious and utterly fascinating. The Ig Nobel Prize Ceremony, a 25-year-old award ceremony dedicated to honoring research that makes us "laugh and think," took place on Sept. 17, where awards were given for chemistry, physics, literature, math, and many of the other categories that are awarded Nobel Prizes. The research that earns Ig Nobel prizes is always ingenious and unexpected, and the 2015 Ig Nobel prize winners did not disappoint.

The first Ig Nobel prizes were awarded in 1991 by Improbable Research, a group that collects "Real research, about anything and everything, from everywhere. Research that's maybe good or bad, important or trivial, valuable or worthless," according to its mission statement. Improbable Research also has a magazine, book, and column in The Guardian where they chronicle interesting and sometimes off-beat forays into science and the humanities. For this year's Ig Nobels, Improbable Research really outdid themselves in choosing the best of the strangest research. Here are some of the most interesting Ig Nobel winning projects for 2015.

The award for Physics was given to Patricia Yang, David Hu, Jonathan Pham, and Jerome Choo for their research on pee stream speed that was published in the Proceedings of the National Academy of Sciences in 2014. Their study found that all mammals complete their pee (which is to say "empty their bladders") in about 21 seconds regardless of their size or height.

For the Physiology and Entymology prize, Justin Schmidt and Michael L. Smith were awarded for their work in bee sting pain research. Schmidt "painstakingly" (no joke) created the Schmidt Pain Scale For Bee Stings, and his colleague Smith was the unlucky bloke who had a bee sting him at 25 different parts on his body. Their research found that the nostril, upper lift, and penis shaft were the most painful parts to have stung by a bee. Anyone who will let a bee sting their penis for the good of science definitely deserves some sort of award (and probably a special ice pack).

Thanks to Literature prize winners Mark Dingemanse, Francisco Torreira, and Nick J. Enfield we now know that the word "huh" or it's equivalent exists in every human language. They're still not sure how or why the "huh" phenomenon transcends geography and culture. So, in other words: "huh?"

The prize for Biology was given to Runo Grossi, Omar Larach, Mauricio Canals, Rodrigo A. Vásquez, José Iriarte-Díaz for what they observed when they attached a weighted stick to a chicken's butt. The researches have concluded that the way a chicken moves with their rear-ends weighted down resembles the way bipedal dinosaurs must have walked. Mostly I think they just wanted to affix things to the butts of chickens.