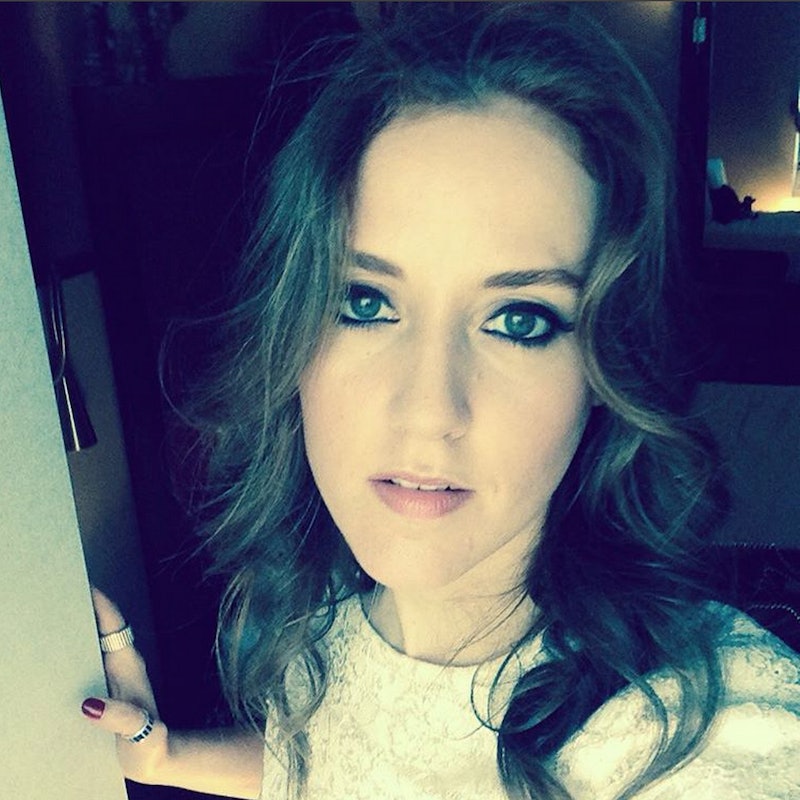 Let me guess, you’ve suddenly started hearing a lot about this new author, and you’re probably asking: Who is Louise O’Neill? Well, let me tell you. She is, according to The Guardian, the best YA fiction writer alive today. And I might be inclined to agree.

Louise O’Neill is the feisty, funny, and feminist author of Only Ever Yours and Asking For It , two hard-hitting YA novels that tackle rape culture, the sexualization of young women, and society’s obsession with women’s looks and behavior. Her writing is witty but brutal, forcing us to face the truth head on. These aren’t watered-down children’s books that deliberately shy away from scaring anybody too much; these are the empowering YA books we’ve been waiting for, that might actually change something.

The film rights to Only Ever Yours have already been bought by Killer Content, and it’s set to be their biggest-budget film so far. Think The Handmaid’s Tale meets Stepford Wives meets Mean Girls — that’s the kind of disturbing thriller we’re dealing with here.

And O’Neill doesn’t stop at writing best-selling novels; she also writes for publications such as The Pool. Her article on being nice to “nice” sexists showcases exactly how switched on she is; in it, she writes with sympathy and understanding for unintentional, well-meaning sexists, but without excusing their behavior, or in any way dismissing the feelings of the women whom it offends. That’s not an easy balance to strike — but she nails it.

So yeah, Louise O’Neill is about to be the name on everyone’s lips, so you better head over to her Twitter and brush up. Because the next time someone asks you “Who is Louise O’Neill?” — you’re going to want to know.

More like this
Read The First Pages Of Emma Rosenblum’s Highly Anticipated Debut, 'Bad Summer People'
By Samantha Leach
What Joyce Carol Oates Knows About Fame
By Erin Somers
10 Must-Read New Books Out This Week
By K.W. Colyard
Viserys’ Fate On 'House Of The Dragon' Could Differ From The Book In This Surprising Way
By Grace Wehniainen
Get Even More From Bustle — Sign Up For The Newsletter