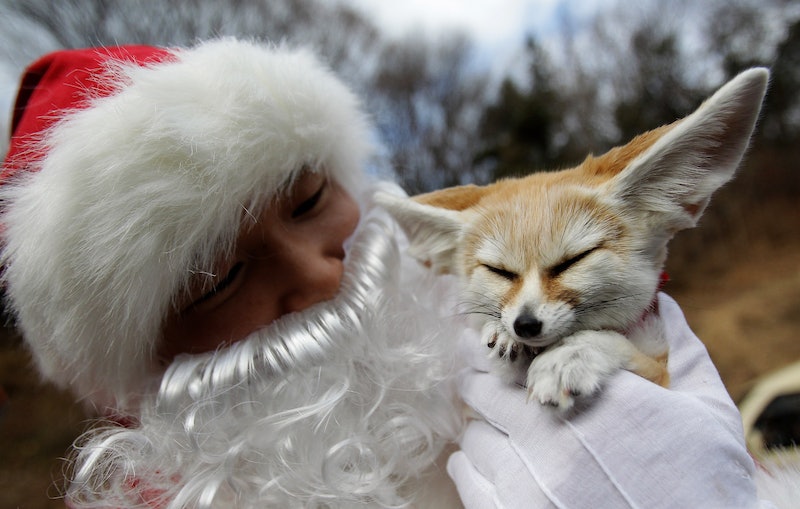 This Parkour Santa doesn't need a damn sleigh! In these tough economic times, it can be hard to take care of your reindeer, especially when one is some sort of genetic freak with a glowing nose that is probably impossible to insure. So it seems Santa has had to let go of Dasher and Dancer and Prancer and all the other oddly named little guys. The 21st-century Santa doesn't need a sleigh to deliver presents. He gets around just fine using parkour which, for the uninitiated, basically involves treating streets and buildings and lampposts like a freaking awesome obstacle course.

A new video of a guy doing parkour while in a Santa costume, set to a dubstep version of "Jingle Bells", hit the Internet this week, allowing parents everywhere a more plausible explanation to how Santa gets around the world than the old "flying sleigh" line. Though I suppose the oceans might present a bit of a problem.

Still, Ronnie Shalvis's video is pretty awesome. The stunts themselves aren't that impressive compared to other parkour videos out there — including those on his own channel — but considering all the snow and ice he had to contend with and the fact he did all this in a full Santa costume, including beard, and it's a pretty impressive feat. Though the ending is a little weird — a reference to the Tim Allen Santa Clause movie?

Check out all the flipping, roof jumping action below. Now if only we knew his trick for keeping his hat on no matter what...