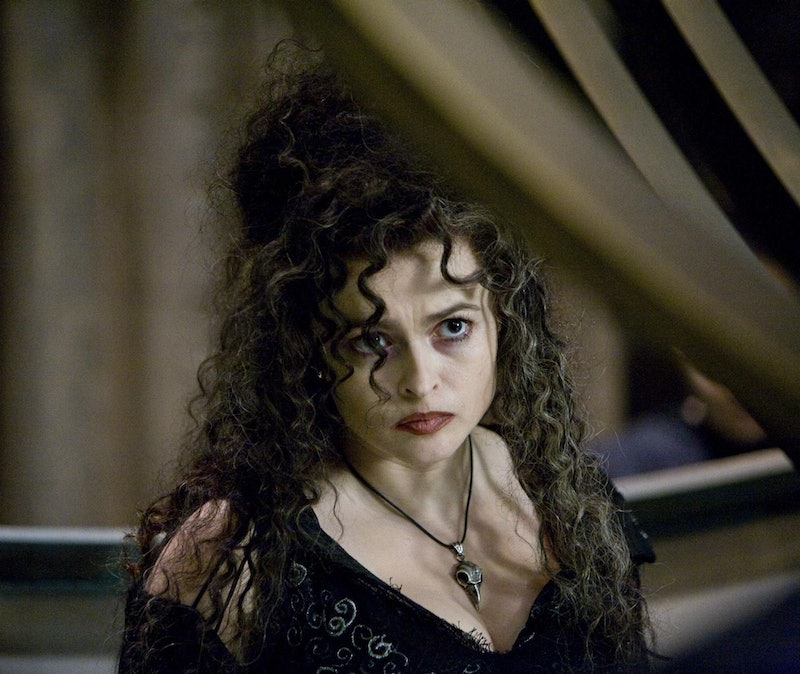 “Two fictional female book characters walk into a cocktail bar. The protagonist turns to the antagonist and says…”

Don't worry! This isn't the beginning of a hackneyed literary joke, but instead the introduction to the age old question: “What’s your drink of choice?” In this case, I wanted to look at literary ladies and ask what would our favorite fictional women would order if they sidled up to the bar at the local watering hole: an old fashioned, a classic gimlet, kamikaze shot, straight whiskey, or gin made from unicorn tears? After all, the qualities one favors in a drink — sweetness, acidity, bitterness, heat, herbaceousness, and so forth — can reveal multitudes about the drinker in question. Pick your poison, as they say.

Gone are the days of watery, light beer and wine coolers (at least I pray those dark times are behind us). With the surge in popularity of craft cocktail bars and speakeasies, it seems everyone has her own “go-to” when it comes to blurting an order at a frazzled bartender over the heads of a dozen soused bar guests. With that in mind, here’s what our favorite women from lit might drink if they joined us for a night out on the town...

The Drink: Corpse Reviver #2. What more could a notorious Death Eater want than a refreshing jolt of absinthe, cointreau, and gin with a morbid-sounding name to get her going?

Hester Prynne from The Scarlet Letter

The Drink: The Last Word. No one deserves "The Last Word" more than a woman shamed by a single, red "A" for all those years. The potent blend of gin, maraschino, green Chartreuse, and lime should have Hawthorne's heroine forgetting her troubles in no time.

Beli Cabral from The Brief Wondrous Life of Oscar Wao

The Drink: Mamajuana. The ballsy mother of Junot Díaz's "Oscar Wao," Beli's going to go straight for some Dominican mamajuana, an herb and bark-infused rum mixed with red wine. She'll convince you to take a few of the potent shots right alongside her, so don't forget to hydrate. This drink is also a rumored aphrodisiac. Consider yourself warned.

Lisbeth Salander from The Girl with the Dragon Tattoo

The Drink: Straight vodka. Who are we kidding? Stieg Larsson's infamous anti-heroine isn't going to waste her time ordering from a bartender — she'd probably have a flask of pure Swedish vodka tucked into one of her boots.

Scarlett O'Hara from Gone with the Wind

The Drink: Mint Julep. Facing that Southern humidity in a dress made of drapery calls for the coolest of drinks. Luckily for Miss O'Hara, the popular Mint Julep, a blend of bourbon, sugar, and muddled mint, will do the trick. For the full effect, sip slowly.

Nurse Ratched from One Flew Over the Cuckoo's Nest

The Drink: Negroni. Bitter, much? The classic combination of Campari, gin, and sweet vermouth (stirred, not shaken) is famous for its satisfying, bitter bite — a perfect match for the ill-tempered Nurse Ratched.

The Drink: French 75. A woman in love requires one liquid: CHAMPAGNE. The French 75, then, is the perfect bubbly-based cocktail of champagne, gin, and lemon for Chimamanda Ngozi Adichie's leading lady to indulge in until last call.