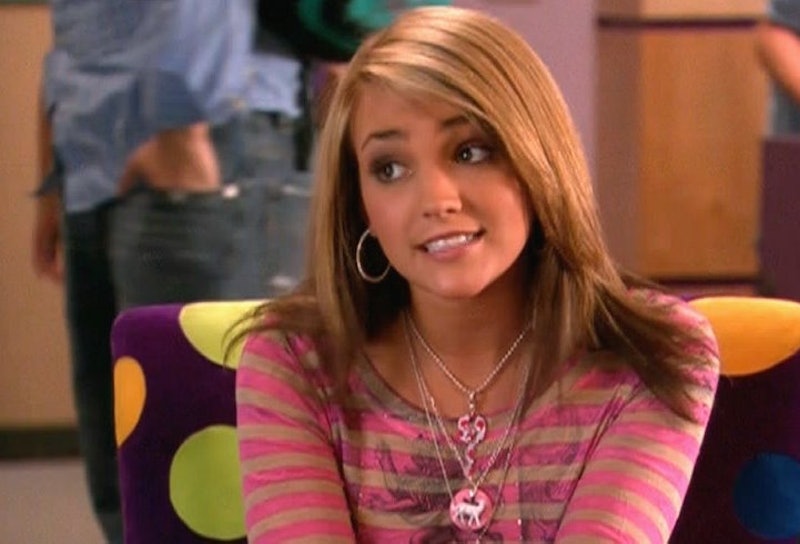 Things got pretty nostalgic in the world of Zoey 101 fandoms in September 2015, when creator Dan Schneider revealed everything Zoey said to Chase in that time capsule from 10 years ago. Thanks to said video, I think it's finally time to address what's been weighing heavily on my mind for quite some time: I fully believe Zoey 101 predicted the future. Yes friends, our beloved Nickelodeon show was more prophetic than we might have ever considered.

The show ended seven years ago, which might not seem that far away — but stay with me here. Think of all the things that have changed since then: There's been a tech revolution, an economic crisis, and Paris Hilton's old assistant — Kim Kardashian, obvs — currently rules the world. (Where is Paris Hilton?)

Ever since Zoey, Chase, Lola, Quinn, and the gang arrived on that PCA campus — and subsequently on our television screens — my world was never the same. I became invested in the lives of these pals, and when the show ended abruptly in 2008, and I was concerned about what would happen to them and — perhaps even more frankly (and by frankly, I mean hyperbolically of course) Planet Earth. Thankfully, though, Zoey 101 gave me more than I bargained for, in that it totally predicted the future. (I have have proof to support this theory, and you're welcome.)

Arguably every single episode of Zoey 101 ever predicted this video, where we find out that Zoey has and always will be in love with Chase. HA! In your FACE, Logan. Also, please join me in a moment of silence because this was seriously huge, guys. Thank you for your respect. #ZoeyAndChase4Life

Zoey's BFF/roomie, Lola Martinez, had one true life mission: To become an actress. Out of all the actors/actresses in the series, there's no doubt Victoria Justice has been the most successful. She went on to have her own TV show, Victorious, and later landed the starring role in MTV's Eye Candy.

In case you don't remember, the TekMate caused all sorts of trouble for the teens at PCA. In Season 2, Chase made a terrible tech faux pas and confessed his love (accidentally) to Zoey via text. As technology has increased since 2005, these types of anxieties have only gotten worse. If you've never accidentally double tapped an Instagram photo, and then crawled into a hole and requested that your name be changed, then IDK if we can be friends. These things happen.

Sure, fashion and beauty trends tend to be cyclical, but come on! How seriously 2015 is Lola's hair here?

The certifiable villain of Zoey 101, Logan, was known for causing drama. Unfortunately art imitated life, and the actor had some legal issues in real life. Eerie.

The Jet-X was the dopest way to get around the PCA campus — and it's not entirely dissimilar to today's motorized scooters.

These are just facts, people.

I think we can all learn a few things from this: A) pastel hair will always be in fashion; and B) true love always prevails.