One thing that's great about Ladies of London is its setting, which makes you feel like you're getting a glimpse into the playground of British royalty. Sure, we've seen royals on reality TV shows before, from The Real Housewives of New York City's Countess Luann de Lesseps to Duchess of York Sarah Ferguson's docuseries Finding Sarah to the current TLC show Suddenly Royal, about a man who claims to be descended from the last kings of the Isle of Man. However, reality TV royalty has never seemed so close and so sophisticated as it does with the actually royal stars of Ladies of London .

One of them is Julie Montagu, who has been promoted from guest star in Season 1 to full-time cast member in Season 2. Last season, we learned that Julie, who is originally from Sugar Grove, Illinois, is living out many Americans' fantasies of marrying a British royal. She met her husband Luke Montagu, aka Viscount Hinchingbrooke, through mutual friends, and after marrying him, she snagged the title of Viscountess Hinchingbrooke, or Lady Hinchingbrooke, which is the title I prefer because "Viscountess" is hard to say sometimes, y'all. 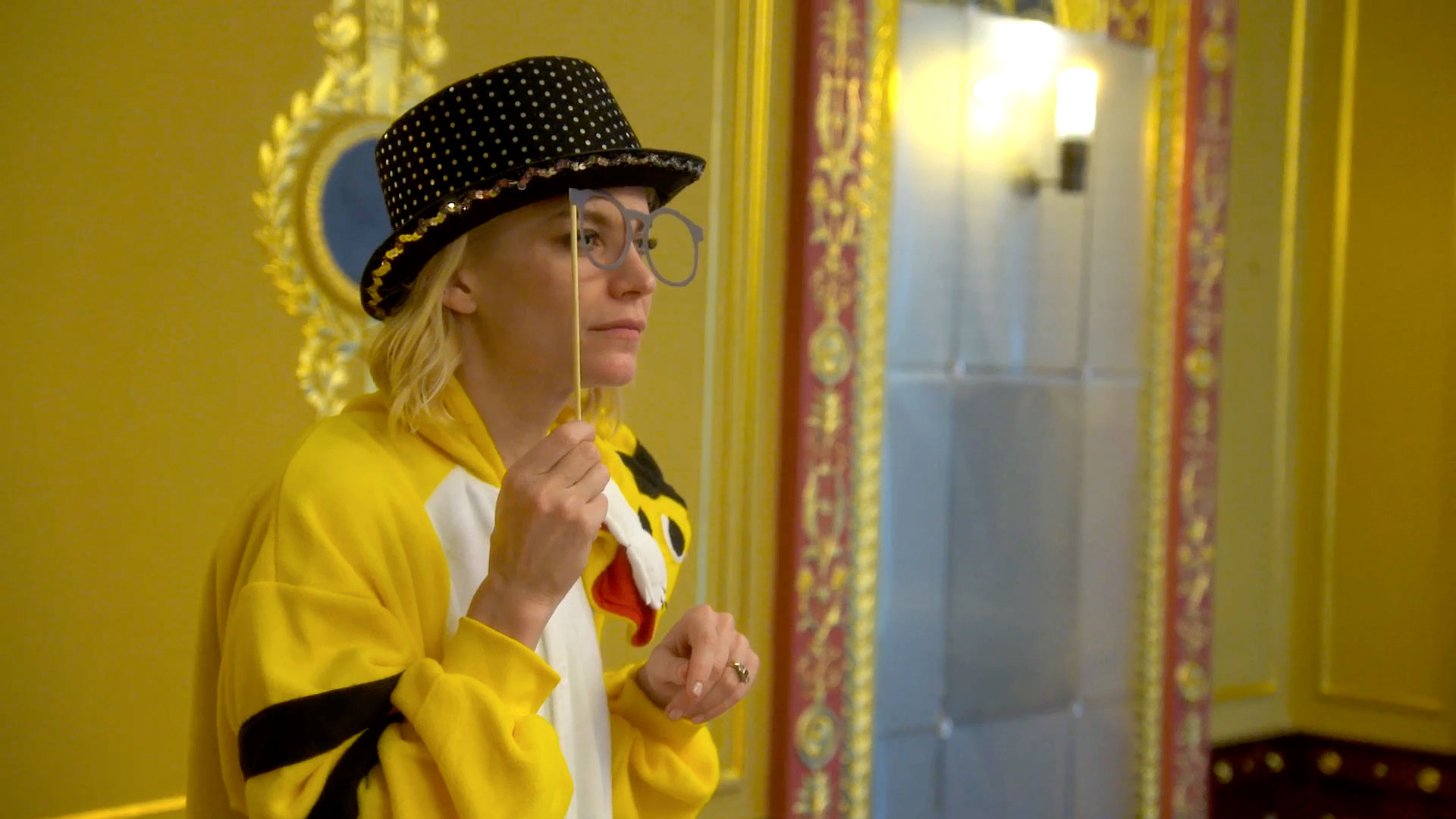 But get this: Julie's father-in-law is the 11th Earl of Sandwich John Montagu, and her husband Luke will inherit that title, which will then make Julie a countess. The current Earl and Countess of Sandwich live in Mapperton, which is a huge and lovely-looking estate in Dorset, England. You may recall that the ladies visited the manor during Season 1, and that's where cast member Juliet Angus made her infamous "Bambi" comment. Luke has to help take care of Mapperton, so for most of the week he's not living with Julie in London but in Dorset, and we're seeing her cope with his absence on this season of Ladies of London. We all know that being royal often comes with a price.

The other full-fledged royal on this season of Ladies of London is new cast member Caroline Fleming. Though Caroline is now a lady of London, her peerage is actually located in Denmark where she was "born a Baroness into one of Denmark's oldest families," according to her Bravo bio. However, Caroline was forced to relinquish her title when she married banker Rory Fleming, who also just happens to be the nephew of James Bond creator Ian Fleming, according to Glamour.

So she may not be a full-on royal anymore, but Caroline still has so many royal connections, we might as well still call her "Baroness Caroline." She still hangs out at her family's Danish castle Valdemars Slot, and she's besties with Crown Princess Mary of Denmark. If all else fails, she clearly has loyal subjects in Juliet and Caroline Stanbury, both of whom obeyed her command to eat foods they disliked at her Danish Christmas party in last Monday night's episode of Ladies of London.

Just because the other Ladies of London stars don't have official titles like their fellow cast members doesn't mean they don't have royal connections of their own. Annabelle Neilson was also born into an aristocratic family with her mother having the noble title of marquesa. Caroline Stanbury also famously dated Prince Andrew, the Duke of York, many years ago after his divorce from wife Sarah Ferguson. We saw Marissa Hermer freak out over the birth of the Royal Baby in Season 1 of Ladies of London. And now that there's a viscountess and baroness on the show, Juliet has said that she's hoping the Duchess of Cambridge Kate Middleton will be her next "BFF." Aren't we all?