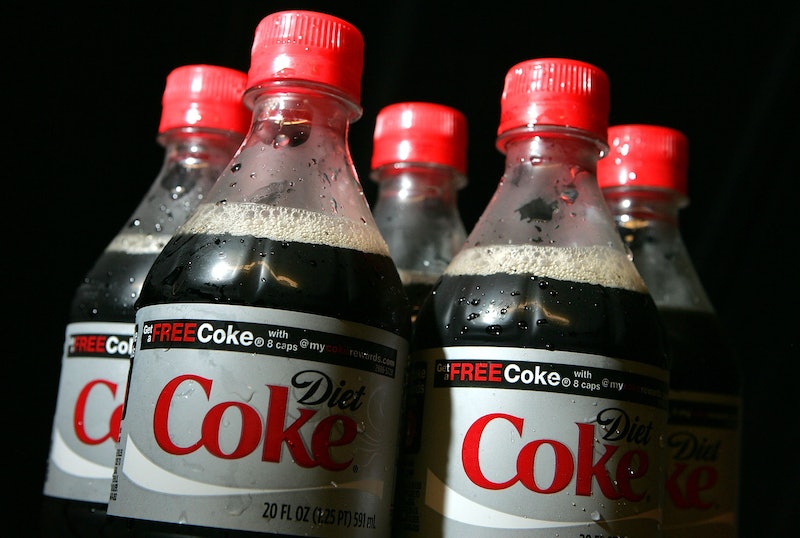 Last January, a poll from market research company the NPD Group suggested that fewer American women are dieting than ever before. According to the survey, 23 percent of women had gone on a diet at some point in 2012, compared to 35 percent in 1992. You can read this in a number of ways (some positive, some negative), but one intriguing possibility is that maybe more women are just lying about their dieting ways.

Why would they do that? Because of the insane Catch-22 we place on women when it comes to appearance: Be gorgeous, but don't look like you're wearing makeup. Look young, but don't admit to getting Botox. Be thin, but don't admit to actually dieting. If there's any doubt about this, look at the way super-svelte celebrities answer diet questions — I just love pasta! I seriously eat all the time! I'm not calling all of them liars, but come on. Yet, for some reason, this is seen as a more desirable image-crafting response than "Yeah, I watch what I eat and work out like a mofo." Nobody likes a pretty girl who works at it! And the Myth of Natural Beauty goes on.

Kat Stoeffel tackled this topic at The Cut yesterday, in a post titled "Riots and Diets: Admitting You Diet Is Radical."

In the nineties, The Beauty Myth taught women that dieting was a patriarchal distraction, and feminist punks wore T-shirts that said riots not diets. From them, millennial feminists inherited a growing and absolutely necessary fat-acceptance movement. But it also left us utterly helpless about what a woman should do when she decides, for whatever reason, that her weight is no longer acceptable to her.

For feminist-minded women who want to diet, the politics are hella tricky. "It requires admitting not only that you can’t maintain a conventionally attractive weight naturally, but also (and much more painfully) admitting that you’re conventional enough to care," Stoeffel writes.

Marisa Meltzer, a former riot grrrl and author of How Sassy Changed My Life, recently admitted to keeping her diet plans a secret. Part of it was fear of being a "bad feminist," Meltzer says, but it's not just self-avowed feminists who are afraid to admit to dieting. "The modern woman, after all, is that highly capable, have-it-all creature to whom career success, confidence, and effortless style—and, oh yeah, the yoga body and the eco-conscious, preservative-free diet—come naturally."

Ultimately, Meltzer decided that consciously trying to lose weight made her neither a bad woman nor a bad feminist — just a somewhat slimmer one. And "there’s something subtly feminist about the way Meltzer describes her weight loss," Stoeffel notes. "Instead of the cliched anecdotes about new jeans and flirtatious men, she recounts sleeping better, feeling happier, “putting more value” on her body. It reminds me of another old-school feminist slogan: "Self-care is not selfish."