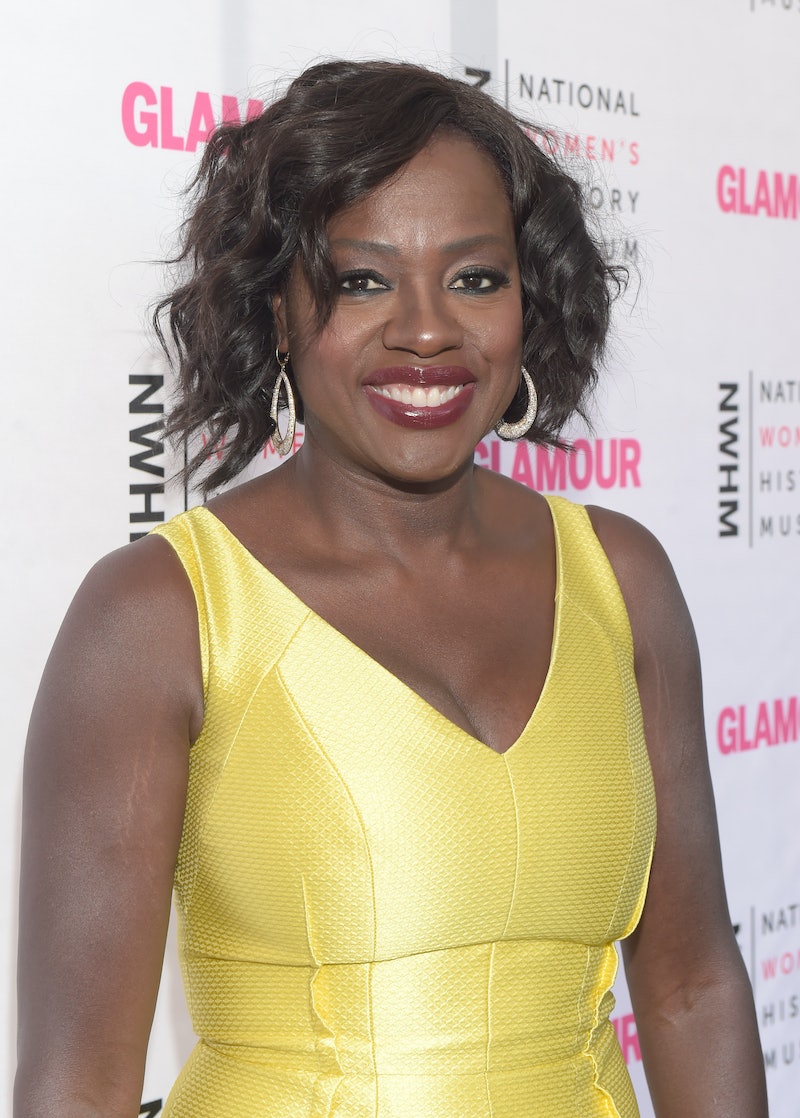 In what was, in my opinion, one of the toughest competitions of the 2015 Emmys, the award for Lead Actress, Drama was finally handed out — and the winner couldn’t have been a better choice. The Lead Actress Emmy went to Viola Davis, the star of How to Get Away With Murder, and although the category was filled with great contenders, Davis gave such a powerful performance on the ABC show that it's hard to imagine anyone else taking home the award.

Still, the competition was fierce; the category also featured Homeland’s Claire Danes, Empire's Taraji P. Henson (considered the favorite to win by many), Orphan Black’s Tatiana Maslany, Mad Men’s Elisabeth Moss, and House of Cards’ Robin Wright. That’s an incredible group of women, all of whom gave some of the best performances of this past TV season. No matter who won the award, it would’ve been a worthy choice.

But only one could take home the statue, and personally, I’m thrilled it was Davis. Her performance as Annalise Keating is nothing short of remarkable, and Murder has given Davis a much-deserved career renaissance, with the Oscar-nominated actress now more in-demand than ever. Shockingly, she's never been nominated for an Emmy before (although she's a two-time Oscar nominee), but it's no surprise that she took home the honor; as Annalise, Davis gave one of the most powerful, compelling performances of last year's TV season.

It's fantastic that the Emmys chose to give Davis the award, as it's a win for more than just the actress. Davis is one of the few actresses of color leading TV shows at the moment, and as she's said many times herself, Hollywood typically doesn't give TV shows to or shower awards upon dark-skinned, older actresses like her. As such, Davis taking home an Emmy for playing an anti-heroine like Annalise is hugely important, and an incredible thing to see; Davis is the first black actress ever to win Lead Actress in a Drama. What an incredible moment.

Continued Davis: "And let me tell you something. The only thing that separates women of color from anyone else is opportunity. You cannot win an Emmy for roles that are simply not there. So here's to all the writers, the awesome people... Shonda Rhimes. People who have redefined what it means to be beautiful, to be sexy, to be a leading woman. To be black. And to the Taraji P. Hensons, the Kerry Washingtons, the Halle Berrys, the Nicole Beharis, the Meagan Goods, to Gabrielle Union. Thank you for taking us over that line. Thank you, for the television academy."

What a beautiful, powerful speech. It was absolutely wonderful to see Davis take home this deserving honor, and here's hoping she's just one of many actresses of color to take home Emmys in this category in the years ahead.