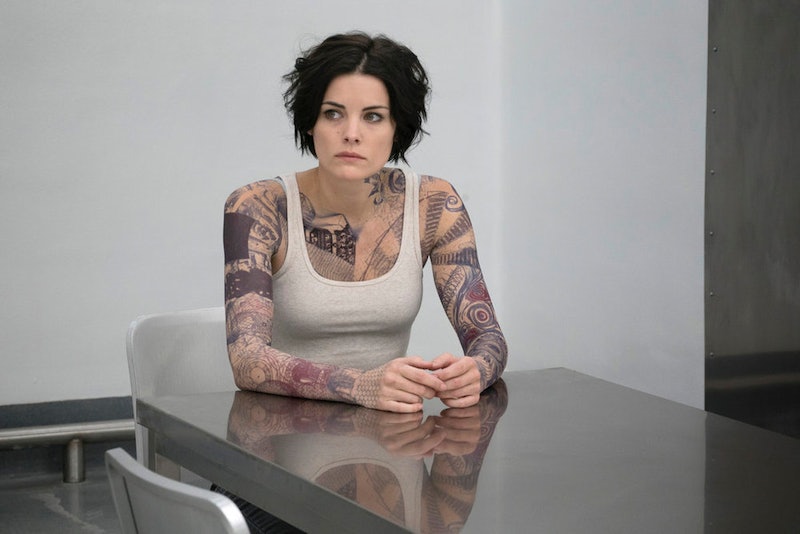 Tattoos are more common than ever, and pretty much everyone I know has some form of ink on his or her body. However, never before has a bunch of tattoos been so important to a television series. Enter Blindspot, a new NBC show in which a mysterious woman shows up in a bag in Times Square. She’s absolutely covered in ink, and these markings on her body are actually a treasure map. While everyone wants to know what her tattoos are a map for, I have a different question on my mind: Are Jaimie Alexander’s Blindspot tattoos real?

Look at any promo or poster for the show and you'll see that she's absolutely covered in ink. If they are real, this role would have basically been made for Alexander. But that's not the case, as all of the actress' tattoos are completely and totally fake. But that doesn't mean she hasn't grown attached to them. In an interview with Entertainment Weekly, Alexander said, “I would wear them all the time if I could ... If I wasn’t an actress, I would have a sleeve.” So what’s it like to put all of those tattoos on?

According to EW's interview with Christien Tinsley, a tattoo designer who has previously created body art for shows like American Horror Story, Alexander’s 200-plus tattoos take more than six hours to apply each time she needs them on. And that’s with three different tattoo artists painting on her body. Now that’s some dedication to your craft, right? This video from TVLine shows the intricate process: 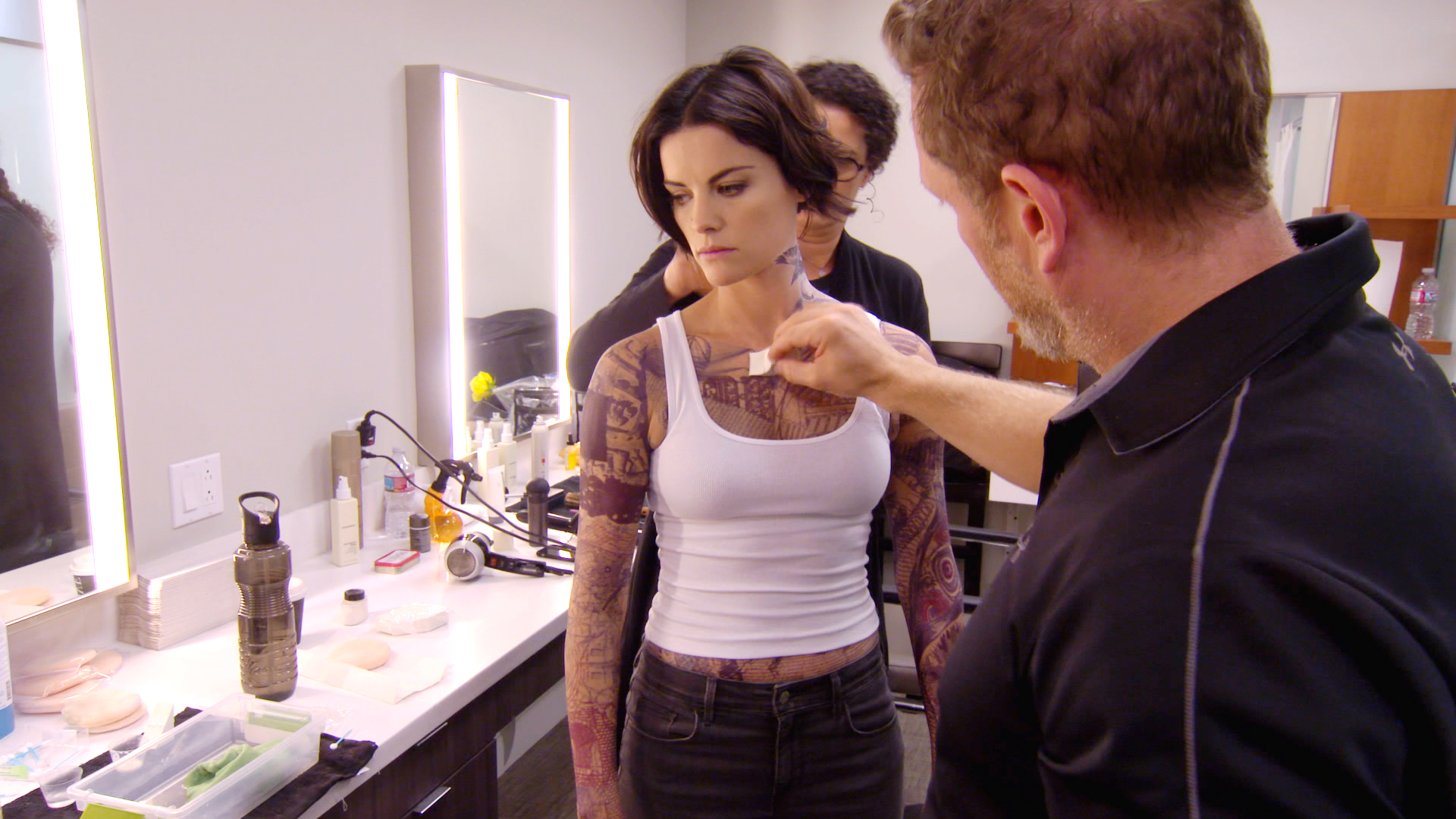 In honor of Alexander’s much-applauded (and anticipated) ink, here are some other great (if not quite as intricate) tattoos from pop culture.

Little Pete was the coolest preteen ever, mostly because he had a sweet hat and an even sweeter tattoo on his forearm. Bonus point — he could make Petunia dance.

Sirius Black, Harry Potter And The Prisoner of Azkaban

Sirius Black had no noted body ink in the Harry Potter book series, but rocked a few tattoos in the movie adaptation. I’m sure some fans may have been unhappy with the change, but I think the tattoos give authenticity to a man who has been through a lot.

In Memento, Guy Pierce plays a guy with short-term memory loss, so he basically has no idea what’s going on at any given time. To combat this, he’s gotten himself inked with the things he needs to know — name, condition, etc. — to solve the mystery of who murdered his wife. Post-Its can only do so much. Tattoos are better.

Annie’s illustrious British roommate, Brynn, finds herself in some luck when a man in a van offers to give her a “Mexican drinking worm” tattoo for free. What a deal! Sure, it’s a little infected, but it’s nothing a bag of frozen peas (in the bag, preferably) won’t fix.

Alexander’s Blindspot character is joining a long list of cool body art in pop culture, and I can’t wait to find out what her's all mean.