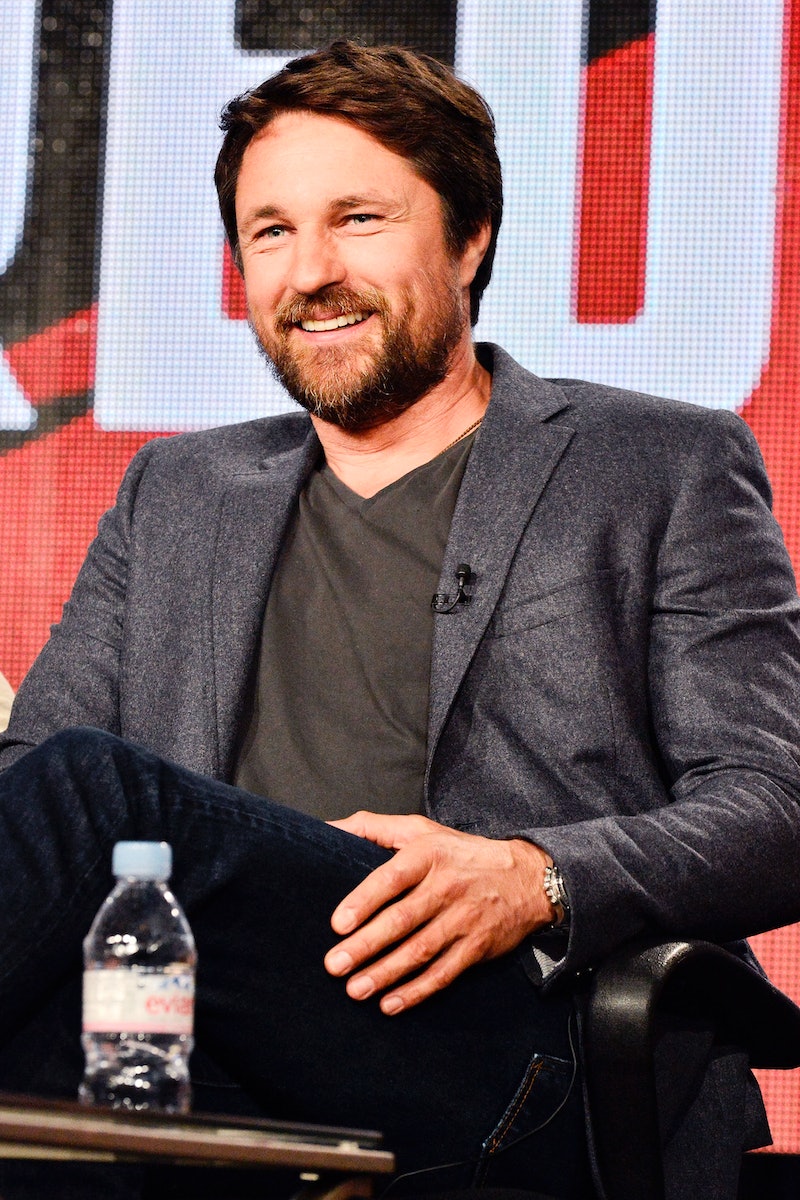 The romantic relationships on Grey's Anatomy are always in flux, even if you don't think they are. Breakups, shakeups, and makeups: They're all a part of Shonda's vision. This season, we have a handsome new doc (taking the place of McDreamy, no doubt) who is sure to turn up a few temperatures at Grey Sloan Memorial Hospital. But who is Grey's Anatomy's Martin Henderson, the actor set to play this dreamy doc? Well, you've seen him everywhere (he's even appeared on a Shonda show before) and you probably didn't even know.

Born in New Zealand, Henderson got his real acting break in a manner shared by many people from Down Under — the Australian soap Home & Away . Though he was on for a scant seven episodes (some people are on that show for years), it must have helped him strike the fancy of Hollywood. A few years later, Henderson was making movies, with stints in films like Nicholas Cage's Windtalkers and the favored traumatizing horror flick of my youth (seven days...), The Ring. Poor Samara, amirite? She just never had a chance with that VHS and those parents and those horses and that well, and ugh. Still having nightmares, so thanks for that, Martin.

Anyway, after a few years in a few random romantic comedies (Bride & Prejudice, anyone) and action films (does anyone remember Smokin' Aces?), Henderson found himself in the arms of Shonda Rhimes, starring in her short-lived tropical medical drama, Off The Map. After that show was cancelled, Henderson starred in the original Aussie version of Secrets & Lies , among other things, before coming back to U.S. television for Grey's.

So, what can we expect from Henderson and his new hot doctor character this season? Shonda's scripts are notoriously tight-lipped, but I have a few ideas.

Grey Sloan is a well-oiled machine, which is pretty remarkable considering that someone dies or leaves every six weeks. But, much in the style of Dr. Owen Hunt, Dr. Hot New Doc might show up and demand to do things his own way, upsetting most people (especially the attendings).

Meredith is technically single now, but she's got three kids to raise. Amelia is kind of into Owen and April wants to save the world. Who's left? Maggie! Let's get her and Dr. Hot New Doc into an on-call room and let's see what happens. Or maybe he's gay! Though there are no gay men on the show, there should be, and he could be the one.

So, I'm sure that this new doctor will be cocky, talented, and handsome, and everyone will hate him until he shows his medical prowess, and then everyone will respect him and yet still hate him. I didn't make the Shonda Rules, you guys. I'm just following the formula. Maybe he’ll be a well-adjusted member of society, but probably not.

So, what do you think that Martin Henderson’s Grey’s Anatomy character will be like? Even if he’s insufferable, at least he’ll be quite lovely to look at.