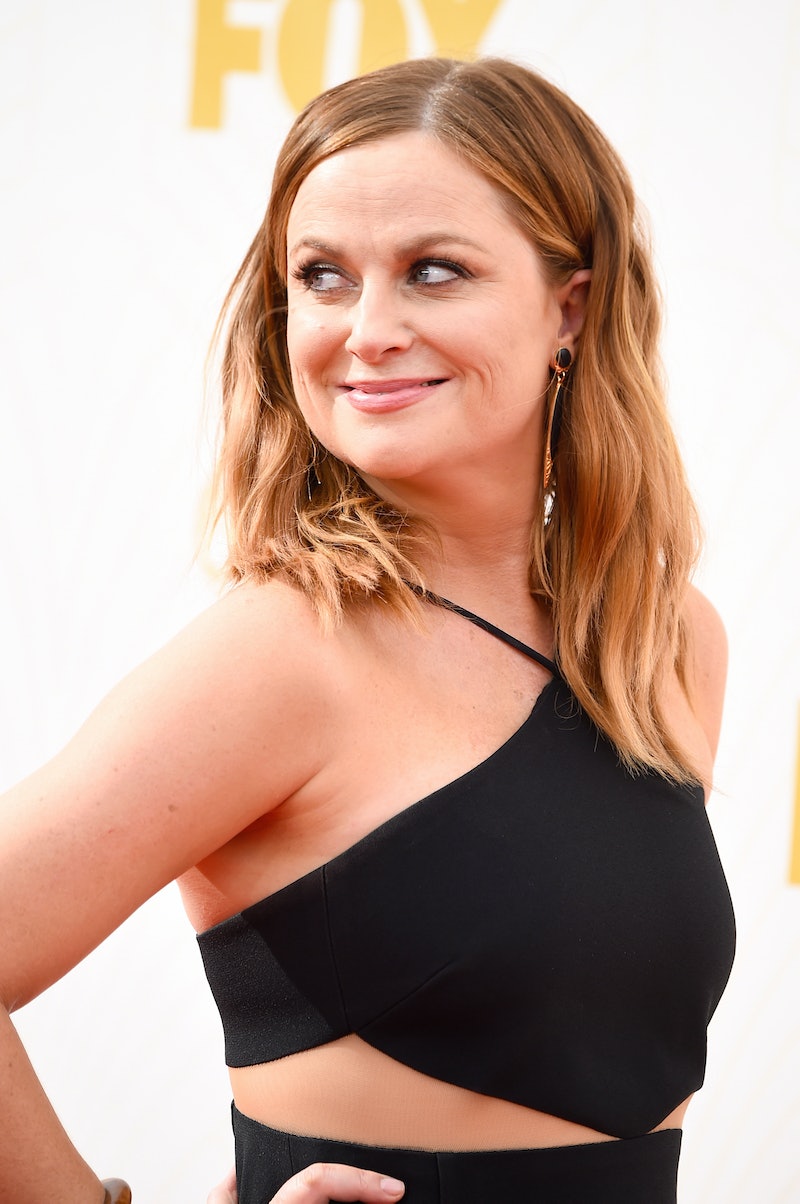 Honestly, I can't even bring myself to joke about Amy Poehler being snubbed at the Emmys yet again, but at least we got a few new reaction gifs out of it. And in fact, I'm going to go ahead and call Poehler's reaction to losing as what will be the most gif-ed moment of the night. Her reaction to the loss won in every single way.

Here's what went down: Poehler wore a hoodie and sunglasses during the announcement of her category and made it clear to us all that she's over this battle. Not only was it a funny moment, it was a pretty strong message. It's ridiculous that us Parks and Recreation fans put ourselves through this year after year after year. I love Veep and Julia Louis-Dreyfus both, but why does the Television Academy hate Parks and Rec?!

This isn't the first time that Poehler has done a bit during an awards show. She's practically famous for it at this point, whether she's hosting or corralling nominees to wear something silly. I expected something from her and she didn't disappoint.

Thankfully, Twitter is on top of their game and we have plenty of angles to help us remember this moment forever. Who cares about statues? Poehler won this category just by being herself. Congratulations to Julia Louis-Dreyfus as always, but let's let this moment be a major takeaway as well.