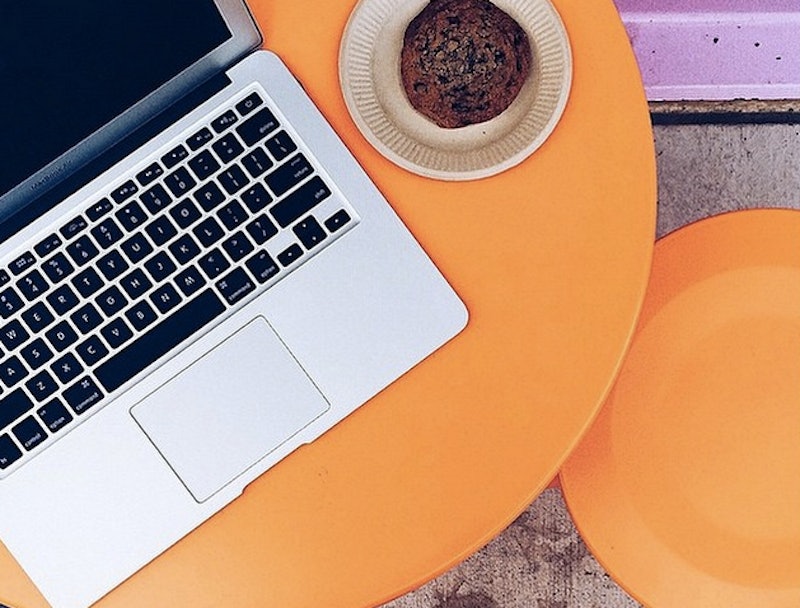 It can be a rough road when trying to find ways to form new habits and actually stick to them, but the process can be made easier if you know how your brain works when creating them. A lot of times it feels like a habit sticks because of blind luck, but there are a lot of outside factors that help you either stay on track with it or get derailed. Using science, you can manipulate those factors to increase your chances in succeeding what you've made up your mind to do.

Creating a habit doesn't need to just be about repetition and hoping you have the willpower to continue at it for the rest of your life. Armed with a few tricks brought to you by science, you can make the whole ordeal easier — and more successful. Don't believe me? Some tricks include things like not fighting old habits, but altering pieces of them (how easy does that sound?) or forcing yourself to stick with your running routine by just leaving your running shoes by your bedroom door. It almost sounds like magic. Here are six scientifically proven habit-forming tips — use them and gain the power to finally kick that messy streak or get into a groove with the gym. Whatever your goal, it’s totally attainable.

It's a lot easier to tweak a current habit rather than get rid of it. Just think of all the times you said you'd finally become tidy, only to leave your work clothes on the floor or leave your house without making the bed. Instead of expecting yourself to turn a 180, create an extra link in your routine chain that will tweak your habits in the direction you want them to go. It's called if-then planning, and it's built around day-to-day triggers that we can use to let us know it's time to act on our new habit.

In a study in Psychology, Health & Medicine , it was proven that contextual clues help with willpower. For example, instead of saying "I will become a neater person," you add a trigger into an already existing habit that will signal you to take steps toward that goal, like "When I finish working, I'll clear off my desk" or "When I come home and change, I will hang up my clothes."

That way you're not actively trying to break bad habits, you're just rewriting them with new cues.

If you're focusing on creating a certain habit and are having a hard time with it, help yourself out by eliminating excessive choices that surround that habit.

According to a study published in the American Psychological Association by Kathleen Vohs, making repeated choices depleted the mental energy of the subjects, even if those choices were mundane and pleasant. This was spun off of a study in the 1990s, where Professor Roy Baumeister and colleagues proved that making decisions (no matter how small and mundane) draws on our energy and slowly diminishes our ability to make smart decisions through the day. You simply get too tired to make them.

Explained by Pozen in the Harvard Business Review, "In one of Baumeister’s experiments, subjects were forced to eat a pair of radishes instead of the freshly baked, aromatic chocolate chip cookies sitting on the same table. In another, subjects were instructed to suppress their emotional reactions to a comedic or tragic film. In both cases, those subjects were quicker (relative to control groups) to give up on a problem-solving task that followed, suggesting that their previous acts of self-control and self-regulation — eating the radishes or maintaining a stoic appearance — had depleted their mental resources."

So boring is productive. To stick to newly forming habits, cut out excessive decision making from your day — and especially those that center around your new habit.

Sometimes we give up on habits because it's too daunting of a goal and it seems unattainable. If you're a naturally messy person, turning into someone tidy can seem near impossible. Or if you have an intense cookie-eating habit, saying no to the chocolate chips can seem like an almost laughable goal.

And it could be — willpower is hard! But if you start off small, with super easy goals, it becomes laughable that you don't do it. Leo Babauta from Zen Habits explained, "Floss just one tooth. This is an old idea, but it works well. Start your habit by just flossing one tooth. It’s so remarkably easy that you won’t be able to say it’s too hard, or you don’t have the time."

4. Prepare For Failures With The If/Then Strategy

Habits can be hard to form, and because of that we like to peace out the moment we stumble across an obstacle. For example, think of every time you tried to eat more nutritious food rather than the opposite. How many times have you decided to give up on that healthy habit the minute a chocolate cupcake got in to your peripheral vision?

To curb that knee jerk reaction to throw in the towel, follow the if/then strategy. According to habits writer Sam Thomas Davies at High Existence, "An 'if/then' strategy helps specify what your obstacles might be and, more importantly, how you can overcome them."

So if you want to stay on the track of eating healthy, you can prepare by writing "If I eat a cupcake, I'll also eat an extra vegetable that day."

This way you're aware there might be a snag in your progress, and you have a game plan on how to attack it.

Use your environment to manipulate you into sticking with your habits — sometimes all it takes are a few strategic moves to keep you on course. For example, if you know you have a tendency to slack when it comes to running, leave your running clothes and gym shoes by your bedroom door. If you spend a lot of money eating out, pack lunches two days ahead of time so you already have healthy snacks handy. Or if you know certain triggers will make you break your habits (liike stepping outside for a phone call will make you smoke), avoid them at all costs. Change your environment.

According to habits writer Sam Thomas Davies at High Existence, "Carolyn, a director of food services in a large city school system, decided to conduct an experiment. She wanted to know, without changing the menus, would manipulating the way the food was displayed influence the children’s purchasing decisions? It did.The consumption of many healthy foods in the cafeterias increased by as much as 25 percent." By just manipulating the environment and nothing else, the kids changed their habits.

We like to see results and like to see them fast, so when we notice that we can't run a marathon or haven't become innately tidy within a week, we get discouraged. But the thing is, habits take months to form in our brains so your results will take time. According to a study in the European Journal of Social Psychology by health psychology researcher Phillippa Lally, it takes anywhere from 66 to 254 days to form a new habit. This means that you should expect to keep trying anywhere from three to eight months. Knowing that, it'll become a little easier to not throw in the towel — it's not that the habit won't stick, it just takes time to do so.

Habits are hard to break and maybe even harder to form, but a little hard work — and a few extra tips from science — will get you to where you want to be in no time.