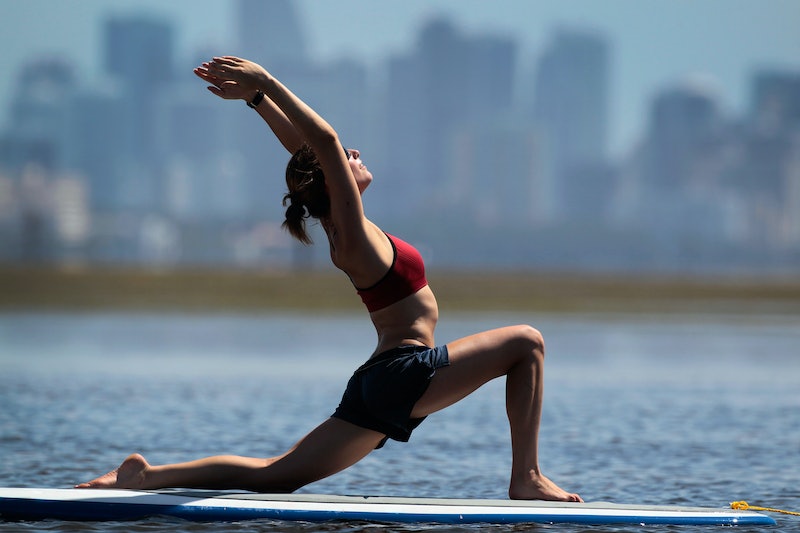 It may be pretty common not to keep your New Year’s Resolution — but if you do want to make it stick, you’ll want to read this: According to science, it takes about 66 days to form a new habit. So, if you decided this year that you’d work out three times a week, or cook yourself a healthy dinner two nights a week, or whatever, you can expect it the new behavior to feel like just a normal part of your day-to-day life by around the first week of March. Not bad, right?

For a good couple of decades, it was commonly believed that it took 21 days to develop a new habit. However, research published in recent years proved that not only was that wrong, but moreover, that we’d all been misquoting the factoid to each other in the first place (whoops). It’s worth noting that this information isn’t exactly new; the study busting the myth was conducted back in 2010. It’s currently making the rounds again, though, so let’s take a moment to revisit it, shall we? After all, forming new habits never goes out of style, whether we’re talking about New Year’s Resolutions or just a few changes you think it might be time to make.

According to a piece James Clear wrote for the Huffington Post, the origins of the myth that it takes 21 days to form a new habit can be traced back to the 1950s. Plastic surgeon Maxwell Maltz noticed that when he performed operations like nose jobs on his patients, it took them about 21 days to get used to seeing their new face. A similar phenomenon occurred when he performed amputations: Patients would sense a phantom limb for about 21 days afterwards. Lastly, he noticed that when he tried to form new for himself, it took him — you guessed it — about 21 days to do so. He then wrote about his experiences with this phenomenon in his 1960 book Psych-Cybernetics, with the precise thought being: “These, and many other commonly observed phenomena tend to show that it requires a minimum of about 21 days for an old mental image to dissolve and a new one to jell.” Over time, that little tidbit became common knowledge — but with one crucial difference: The words “a minimum” got dropped. Hence: The myth of 21 days.

In 2010, University College London conducted a study aimed at getting to the bottom of the question of how long it really takes us to develop a new habit. The study tracked 96 people over 84 days (12 weeks) as they attempted to make a daily health/lifestyle change: Each participant chose a dietary or activity behavior—like, say, drinking a glass of water — to be undertaken once daily — e.g., after breakfast; then they proceeded to self-report how “automatic” (read: habitual) the activity felt each time they did it. The researchers found that it took, on average, 66 days until the behavior reached peak levels of automaticity.

It’s worth noting, though, that there was a lot of variation within each participant’s results during the UCL study; for example, it took one person only 18 days to reach peak automaticity, while another didn’t get there at all by the end of the 84 days (it was estimated that this person would probably get there after about 254 days. Yikes). Furthermore, some behaviors became habitual more easily than others: Simple behaviors like drinking a glass of water reached automaticity quickly, while complex ones like doing 50 push-ups took longer.

Elite Daily broke the 66-day process down into three 22-day stages, with a bonus fourth stage to follow after the 66 days are up. Here’s how it works:

Even if 66 days seems like a long time, look at it as a piece of encouragement. You can do it! Go, go, go! I believe in you! Good luck!