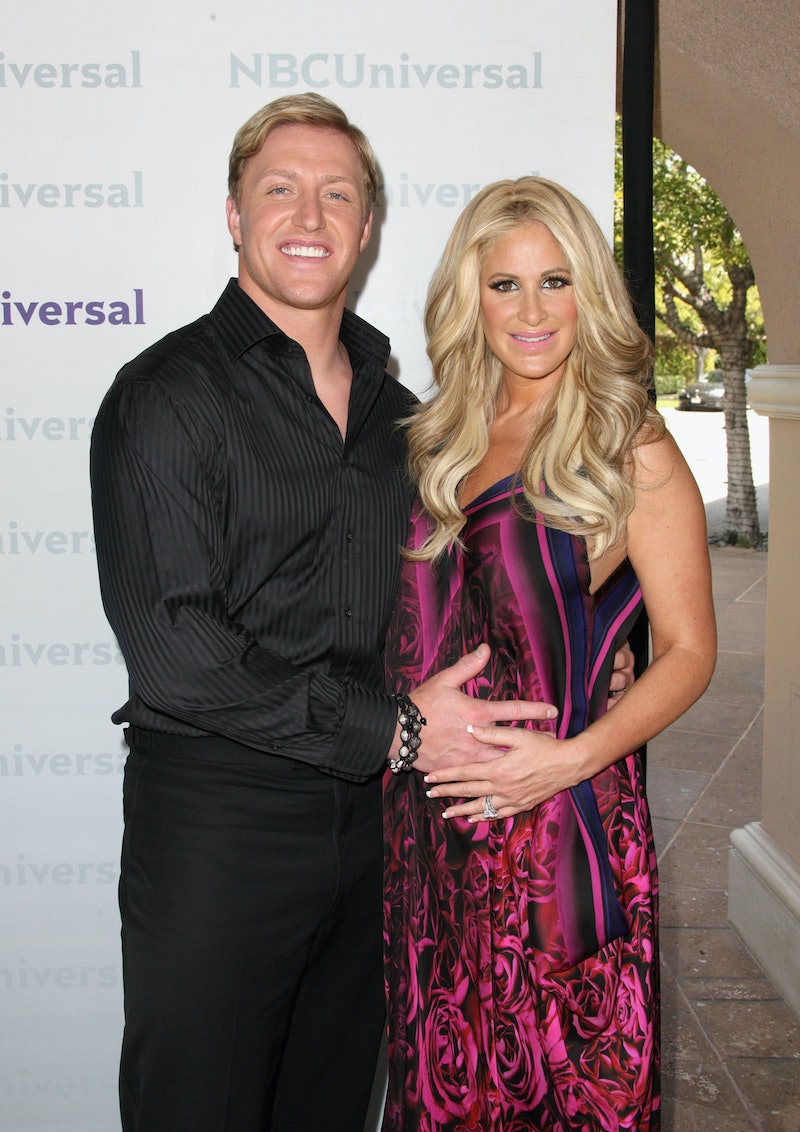 I never would have thought I'd end up loving Kim Zolciak and Kroy Biermann as much as I do now. They are really the perfect couple and in a totally non-annoying way. I wasn't sure what to expect when they started their relationship on Real Housewives of Atlanta, but now they are adorable and genuine on their spin-off series Don't Be Tardy . They have a great dynamic and he treats her like a queen, so it's safe to say that Kroy is appreciated in the Real Housewives universe. But what about in Kroy's football world? What do Kroy's Atlanta Falcons teammates think of Kim? Do they approve of the relationship? Do they find the reality TV show to be a distraction from the game? Do they even care?

Not everyone has interactions with their husband's colleagues, but the NFL life seems different. This job brings with it a whole different lifestyle with a good amount of traveling, so I am curious about what it's been like when Kim has crossed paths with Kroy's teammates. There is no doubt that she has a big personality, but since she's such an endearing person, they have to love her, right?

In a video posted on the Atlanta Falcons official website, some of Kroy's teammates interview him in the locker room and ask about how his new life as a reality star. They rag on him a little bit for "going Hollywood," but it's very clear that they love and support Kroy and his family no matter what. One of the players, Robert James, says in the video, "One thing I like about the show is a lot of women choose their friends and not their man. And I notice that she's staying true to home and I like that." Sean Weatherspoon even adds about Kroy, "We love the way you stand up for your lady."

When another player, Mike Peterson, starts to make fun of Kroy's painted toe nails, the father of six explains that Ariana, Kim's daughter who he adopted, painted his nails. After this, the whole crew gives shout-outs to Ariana, making it very clear that they are fans of hers.

Kroy's teammate Matt Ryan's wife Sarah is following Kim on Twitter and they can often be seen tweeting each other kind words of support. And from what I hear, it's pretty difficult to be a part of a circle full of athlete's wives and girlfriends, so that's a good sign of approval in my book.

The Falcons' official site occasionally reports news about Kim, which makes me think that they are behind her. They posted an announcement about the reality star joining Dancing with the Stars, which seems pretty supportive to me.

Also in the video interview, when talking about Kim's last RHOA episode where Kroy got visibly angry at the camera crew following Kim around during a stressful argument with the ladies, Mike Peterson tells Kroy to give "Give us more Bravo" on the field. Yep, the Falcons seem pretty cool with this NFL/Housewives crossover.