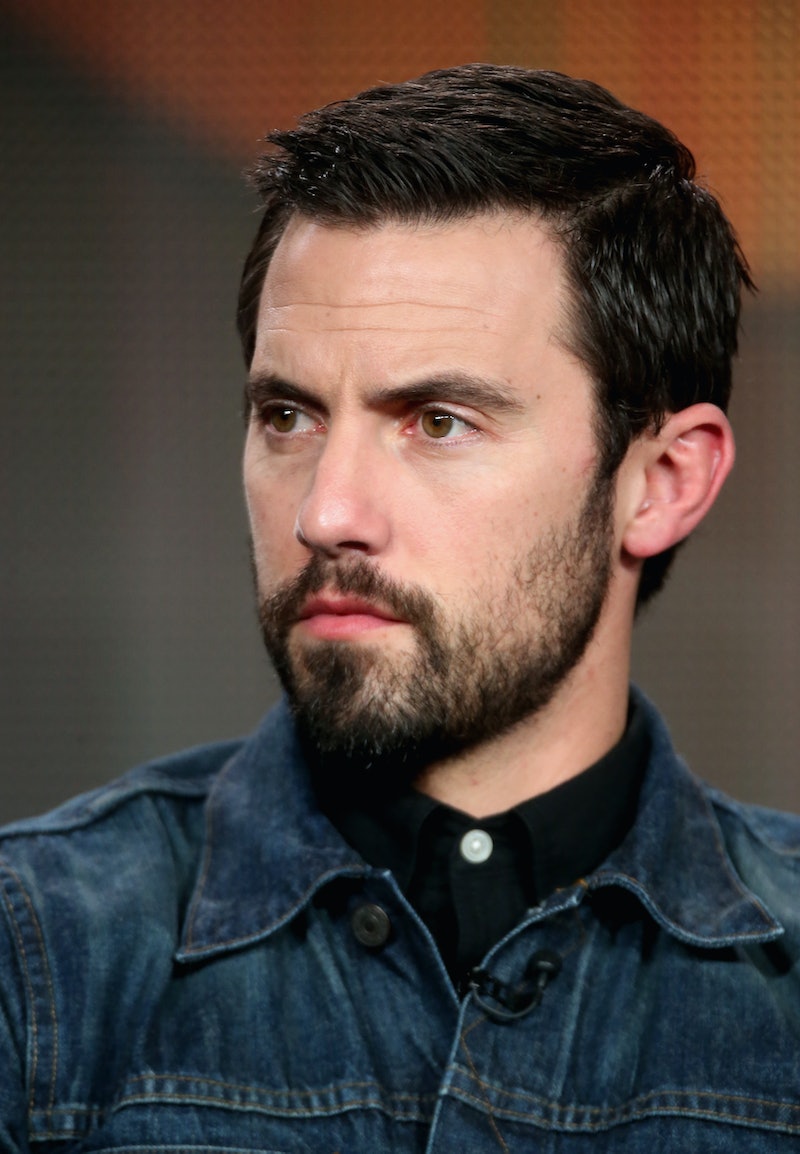 Heroes Reborn is televised proof that everything old is new again. A hit in 2006, this show ran for four seasons on NBC before cancellation. Centering on the lives of ordinary people discovering they have supernatural abilities, it started strong before wavering creatively, adding in an increasing amount of new characters, storylines, and abilities. But when it was good, it was good, and brought us many wonderful things, including Zachary Quinto and the catchphrase "save the cheerleader, save the world" — which I still hear variants of on a pretty regular basis. One of the tentpoles of the show was Peter Petrelli, played by Gilmore Girls heartthrob Milo Ventimiglia. Peter and his family were such a strong part of the original series, everyone wondered will Ventimiglia appear on Heroes Reborn as Peter?

It turns out the old saying is right: the only consistent thing in the world is change. This new, updated show will not be the exact same world as Heroes. While there will be plenty of returning favorites (welcome back, Jack Coleman) and new additions (oh hello, Zachary Levi), there are many original actors not returning to Heroes . Let's take a look at the biggest losses, starting with the major one:

Unfortunately for fans everywhere, the answer to the Milo-mystery was a resounding no, as in an interview with Zap2It, Ventimiglia stated that he would not be reprising his role. It's very disappointing news, as his was one of the strongest and best developed characters on the show. "As far as I understand, they’re already back to work and have broken their stories," he told the website. "Maybe they’ll mention the Petrellis, but I don’t see it happening that I would be revisiting. Just not gonna happen."

According to Entertainment Weekly, Peter's brother Nathan will also be off the show, which on the one hand bums me out because I loved Pasdar's portrayal of the politician. On the other hand, it would just make me miss Peter too much, so maybe it's for the best.

Sylar was a huge role for Quinto, so it's natural to wonder why he wouldn't want to return. Quinto explained to BuzzFeed about why he's choosing not to return, saying, "I’m not going to go back ... It was such a meaningful experience for me ... I just felt like I didn’t want to go back to it ... It’s a great thing to be a part of. I just felt like I need to cultivate other outlets for myself."

Claire Bennet was also a huge role for Panettiere, who currently plays Juliette on Nashville. But the cheerleader of that famous tagline won't appear in Heroes Reborn, so I guess they'll have to find someone else to save.

Don't look for Niki/Jessica Sanders or Tracy Strauss. This erstwhile EVO has a busy schedule working on TNT's Legends, and will not be returning, according to TV Guide. It's a shame we won't get to catch up with these original characters, but hopefully Heroes Reborn will be able to build a new legacy without them.

More like this
“The Door Is Always Open” For Another 'Breaking Bad' Spin-Off, Says AMC Boss
By El Hunt
Neil Patrick Harris Will Play 'Doctor Who's “Greatest Enemy” Yet
By El Hunt
The 'Hocus Pocus' Sequel Finally Has A Release Date & It Makes Total Sense
By Shannon Barbour and Radhika Menon
Stranger Things Fans Really, Really Hope These Characters Will Survive Season 4 Volume 2
By Grace Wehniainen
Get Even More From Bustle — Sign Up For The Newsletter