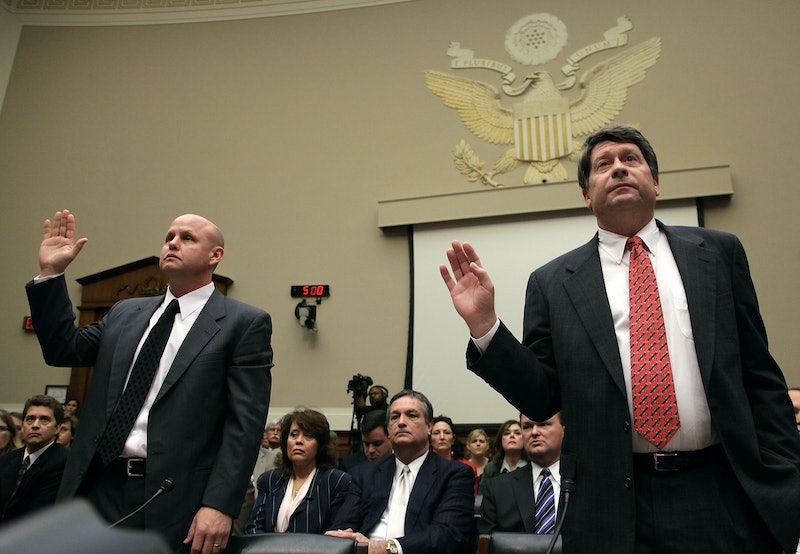 On Monday evening, Stewart Parnell, former head of the Peanut Corporation of America, was sentenced to 28 years in prison for the his role in knowingly distributing peanut products that were contaminated with salmonella. Parnell's brother, Michael Parnell, was also sentenced to 20 years in prison for brokering the sale of contaminated peanut paste to other food manufacturers. The Parnell brothers were co-defendants in the same case that was decided in 2014. It was determined that actions on the part of the Parnell brothers killed nine people, and made several hundred very ill as a result of the salmonella contamination in American Peanut Company products. Now facing what amount to lifetimes in prison (Stewart is 61 and Michael is 56), the obvious question is whether or not Parnell can appeal his sentence.

The short answer is yes, and Stewart Parnell's legal team is already in the process of pursuing an appeal. In addition, even before the sentence was handed down on Monday, both Parnell brothers had already filed a request that they be released after sentencing while they pursue the appeal. Their hope is not to be held behind bars as they continue to sort out their legal battles.

I think the fact that he was prosecuted at all is a victory for consumers. ... Although his sentence is less than the maximum, it is the longest sentence ever in a food poisoning case. This sentence is going to send a stiff, cold wind through board rooms across the U.S.

Parnell's conviction, much less his sentence, was already a huge step for consumer safety. CNN reported that a corporate executive has never before been convicted on federal felony charges for food contamination.

This means that there is also no precedent for an appeal in this type of case. In a more recent and even deadlier listeria outbreak, cantaloupe farmers Eric and Ryan Jensen plead guilty to misdemeanor charges related to the 33 deaths that were linked to their contaminated fruit and received a five year probation sentence, according to The Washington Post. Because crimes similar to the Parnells' have received much lesser sentences and charges, it is difficult to tell what the odds of a successful appeal are in the Parnell case. Given that it's likely both brothers could live out the rest of their lives in prison, you could expect them to ardently pursue a lesser sentence.