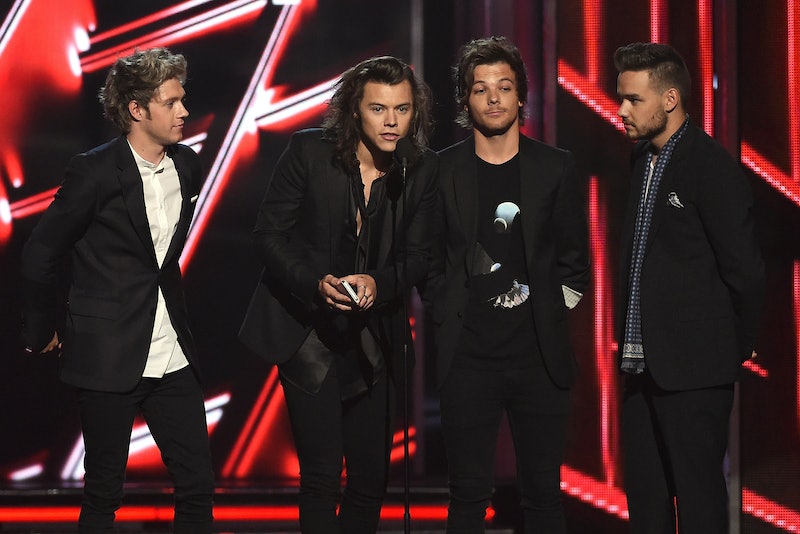 Is there still a prayer circle going on in the One Direction fandom? I don't even know. It's been confirmed for a while now that One Direction is going on hiatus following the release of their fifth studio album, and I know that Directioners are hoping and praying that the boys keep their word when they say they plan to get back together afterward and keep producing music. I have high hopes for them now that Fall Out Boy has done the same thing. However, the reality of the hiatus is drawing that much closer as of Tuesday, because One Direction's fifth album is called Made In The A.M., as the band announced on Tuesday morning. The album, which comes out on Nov. 13, 2015, is now available for pre-order on iTunes. If the upcoming hiatus didn't feel real before, it definitely does now.

The announcement came in the form of a video on Twitter, which featured the boys exciting and crushing their fans in one fell swoop. "As a little treat, you can get album track 'Infinity' instantly," announced Styles, the only one to really do any talking in the video. This announcement was followed by the assurance that the pre-order link would be coming our way soon. So new album title, new song, new band, and, oh my god, we are so close to this hiatus that I can almost taste the tears of the fandom as they flood the word with their sobbing. Heck, I might even shed a few tears myself.

We even have a look at the album cover. The fact that Zayn Malik isn't on it hurts me on a deep and personal level, and I don't even consider myself a hardcore Directioner.

I'm not saying Malik's departure and the upcoming hiatus didn't feel real until now but... who am I kidding? That's exactly what I'm saying. But this is great news for Directioners, even if it feels bittersweet. It's time to let One Direction share their new sound with the world.