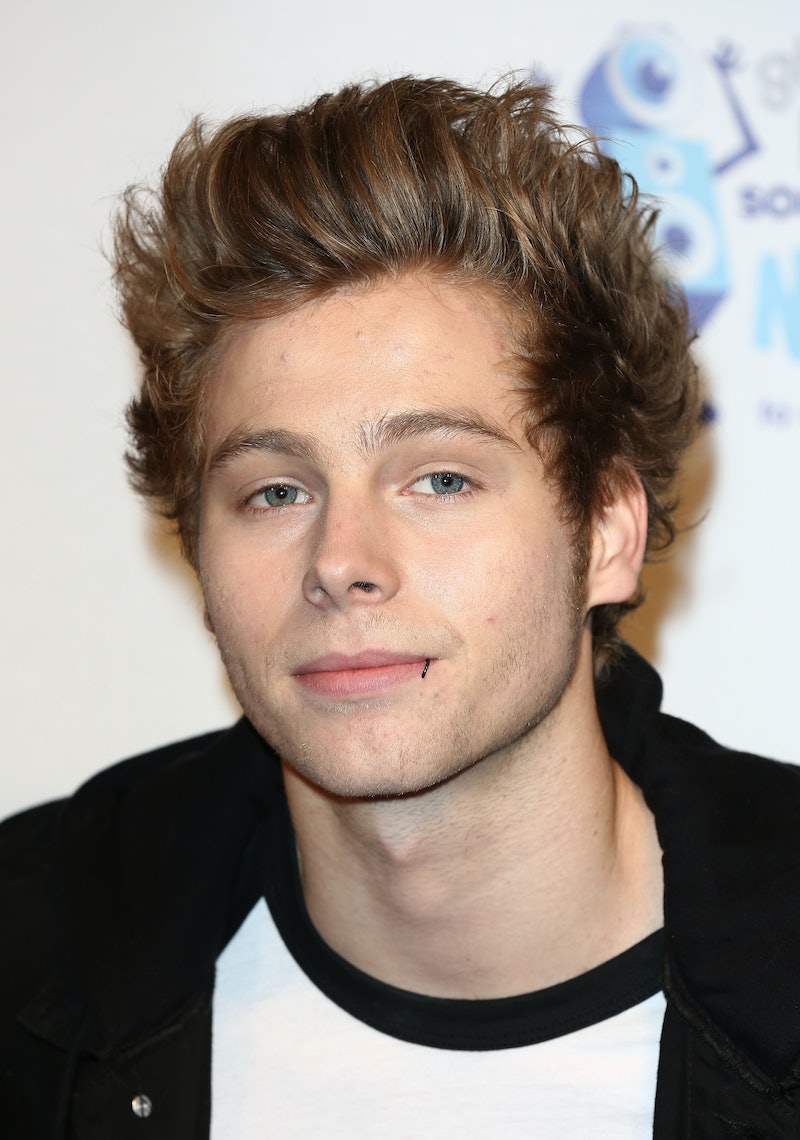 If you haven't already heard the news, I apologize in advance for ruining your day: Luke Hemmings is no longer a single man. After photos emerged of Hemmings holding hands with a mystery brunette, it seems more likely than not that he does actually have a girlfriend, much to not only my dismay but also the dismay of an entire horde of angry fans on Twitter. Reportedly, Hemmings is dating someone named Arzaylea, which may or may not be her actual name. Of course, the relationship hasn't been confirmed by either party, but there's definitely something going on there. After all, as someone who has already committed both her life and her heart to One Direction, I am only 5SOS fandom-adjacent, and even I knew that Hemmings was seeing someone. Now, there's only one question to ask: How did Hemmings and Arzaylea meet? Update: Arzaylea revealed in an interview with Broadly that she met Hemming during a birthday party for Kylie Jenner.

Earlier: Unfortunately, the fact that this relationship has, so far, been reasonably low-key means that there aren't a lot of details out there about how it started. Since it's unconfirmed, there haven't been any interviews where Hemmings or Arzaylea have gushed about meeting their new person, so we only have one thing to rely on: That pesky, unreliable rumor mill.

And as much as I hate to admit it, I'm gonna say it: They're pretty cute together.

As reported by Inquisitr, it looks like Arzaylea began as a fan of 5SOS — or, as the website puts it, a "groupie," a term that I truly detest. Legend has it that Hemmings' new lady (who is gorgeous, BTW) has been hanging around the band's periphery for awhile now and has managed to break through, achieving the ultimate dream of every girl who has ever fallen in love with a boyband.

That legend is corroborated by a fan Tumblr that, while not being at all supportive of Arzaylea and her alleged romance with Hemmings, does a pretty good job of laying the timeline out. Apparently, Hemmings started following Arzaylea on Instagram on September 7, and in another post, the fan pointed out that she spent one of 5SOS' recent shows in the sound booth next to Bryana Holly, who's dating Ashton Irwin. Soundbooth? Social media follows? Chilling with other bandmates' girlfriends? This is sounding pretty relationship-y to me.

Now, the conclusion: From the tiny bit of evidence available, it definitely sounds like Arzaylea started out as a 5SOS fan and is now seeing Hemmings, for which she deserves a pat on the back. Whoever she is, she's living proof that this could happen to the rest of us. Despite what my fiance says, Harry Styles could fall in love with me someday, as long as I keep showing up to his concerts. Thank you, Arzaylea. Here's a high five, from me to you.