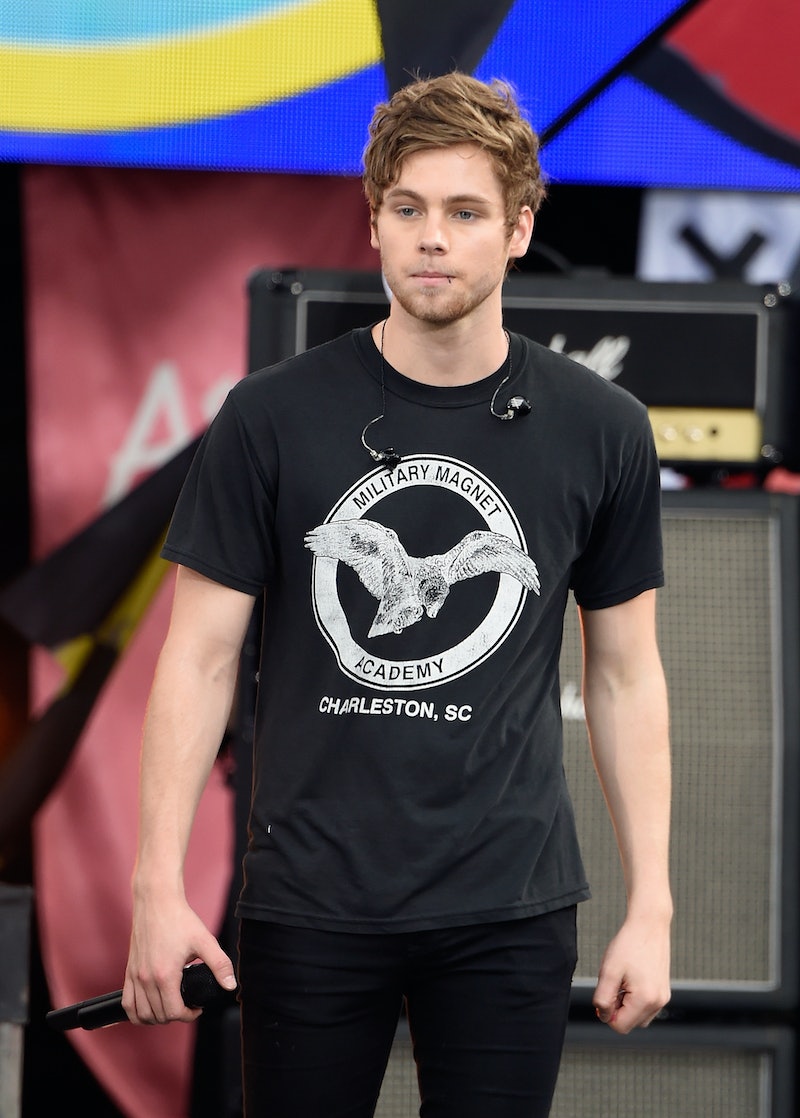 It's been a minute since I waxed poetic about Luke Hemmings, so it is totally necessary that I discuss the fact that the 5 Seconds of Summer singer was photographed holding hands with a female who wasn't me this week. Needless to say, the entire 5SOS fam immediately took to Twitter to collectively lose it over this situation (not that I can blame them, this is LUKE HEMMINGS we're talking about) and learn everything they can about this ~mystery girl~, who, in fact, is not such a mystery at all. As it turns out, the lucky brunette #blessed enough to hold Hemmings' hand is someone who has actually been known in the fandom for a little while. So, who is Arzaylea? Let's take a closer look.

First of all, it's important to point out that just because the pair were spotted holding hands doesn't necessarily mean they're in a relationship. Still, it's a fairly obvious indication that they're more than just casual friends, and this is not the first time Hemmings and Arzaylea have been papped together. Not to mention that Arzaylea is a name (a name of which we do not know the last name, mind you) that has been floating around the 5SOS fan base for the past few months and fans have noted her close relationship with the singer, referring to her as a "groupie." Read on to get all the details about the woman driving fans nuts.

Which means, unlike my cougar self, she is totally age-appropriate for the 19-year-old guitarist.

3. She Hung Out With Ashton Irwin's Girlfriend At One Of The ROWYSO Shows

This was totally at one of my shows (Jones Beach Night 2) and the crowd FLIPPED out.

4. There Are Rumors That She Cheated On Her Ex With Luke, Though She Denies Them

However, this 5SOS fan Tumblr has screenshots of tweets from her ex that refute her claims.

5. Whatever The Case, Her Ex Is Pissed & Frequently Calls Her Out On Social Media

Just a thought, but maybe you should have these convos about rent checks and whatever else in private, you know?

6. And There's A Chance That Luke Subtweeted About It

7. She Has Her Nose Pierced

This is obviously crucial because he has his lip pierced, and piercings are the cornerstone to any good relationship.

8. Her Makeup Routine Is Flawless

Which is probably why fans are constantly tweeting her and asking which products she uses. Let's be real, those eyebrows alone are enough to land Luke Hemmings. They're perfection.

9. She Has Industry Connections

10. She And Luke Have A Ton In Common

Besides the whole video game thing, she also loves All Time Low (one of 5SOS' biggest influences), has traveled for bands she loves (#SAME), and clearly makes music a priority in her life. I feel you, girl.

11. And She May Have Admitted That Luke's "Bomb"

I just think it's hilarious that someone literally referred to Luke Hemmings as an "Olive Garden breadstick." And you know what? She's right. THEY ARE DA BOMB.

More like this
Hilary Duff's Husband Matthew Koma Has Her Name Tattooed On His Butt
By Jake Viswanath and Stephanie Downs
Nick Kyrgios Wants To Marry His Girlfriend & Start A Family “Soon”
By Brad Witter
Britney Spears Shares & Deletes Photos Of Justin Timberlake From 22 Years Ago
By Jake Viswanath
19 Photos Of Lisa Marie Presley With Elvis, Her Kids, & More
By Alyssa Lapid
Get Even More From Bustle — Sign Up For The Newsletter
From hair trends to relationship advice, our daily newsletter has everything you need to sound like a person who’s on TikTok, even if you aren’t.