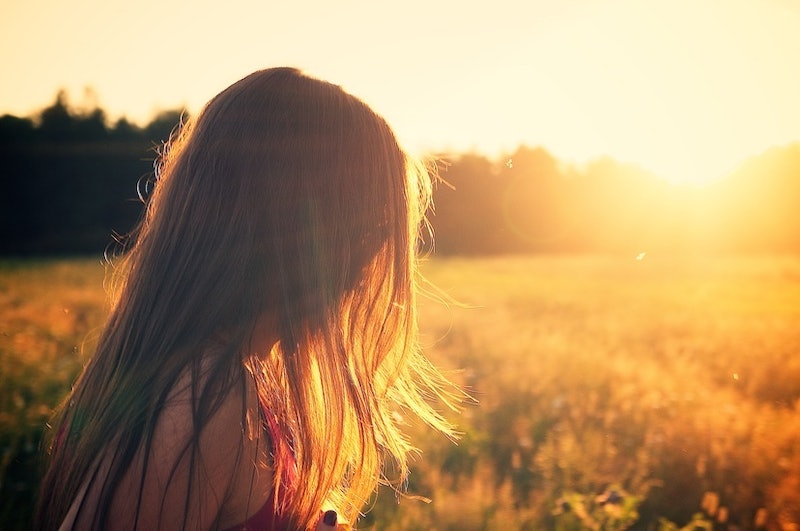 ... Not that that's an excuse. The thing is that we all do crappy things, we've all done things we're less than proud of, we've all had humiliating moments and felt left out and been miserable and felt hopeless. These things are not exceptional, they're typical. The point of understanding this first is realizing that everybody experiences that feeling of self-induced inadequacy (the line of thinking is: based on these past experiences that I am ashamed of, I do not deserve anything better for the future).

The true art of moving forward, opening your heart and mind, and vowing not to behave that way again is by opening up about what you did in the first place. It's being honest. It's coming to a place of complete and total transparency, and that is, at the same time, where you will find forgiveness. When you see an issue in its entirety (the reason you behaved the way you did, why another option wasn't feasible, why you felt bad about it) it's hard to have anything but compassion... you're not hiding behind all the justifications your fears use to keep the memory suppressed. So be honest with yourself, and after that, here are seven more ways to get the skeletons out of the closet, and learn to shake their hands and make nice... once and for all.

Believe It Or Not, Getting Things Wrong Is Usually More Important Than Getting Them Right

The point is, and will never be, to berate yourself for how many times you did or didn't do everything perfectly the first time. Your life is not a checklist of good and bad on which you have to weigh out to see whether or not you're happy and worthy and good enough.

Nobody Remembers Those Random Embarrassing Moments That You Can't Forget

This is mostly because they're too busy thinking about their own.

If You Can't Let Go Of Something That Happened, It's Usually Because There's Still Something For You To Learn

If you feel like you truly cannot let go of whatever it is you did/what happened, it means there's something you want to understand, but haven't yet. It's a call not to suppress those feelings or memories further away, but to completely realize them (or, in other words, write them down, feel them out, be honest).

If Someone Does Use Your Past Against You — It's Not That You're An Awful Person, But That They're Not Someone You Should Keep In Your Life

There's a difference between addressing the past, being honest about the past, talking about how the past made you feel, and actively using someone's mistakes against them, as in, using them as evidence that they're unworthy of love or forgiveness or anything good in life. These are the voices that are probably ingrained in your psyche already, the ones that give you anxiety about letting go to begin with. The point is that if a friend did that to you, they wouldn't be a real friend. Learn to hold yourself to that same standard.

Make A List Of Everything You Feel Embarrassed For Having Done

It's not about making a list of what would be seen as objectively "bad" (that is its own category altogether). It's about writing down what you, personally, feel "wrong" for having done, or what you're still holding against yourself. Usually you can identify that via what you feel ashamed of.

Even if it's brutally difficult to get through, you have to force yourself to see the point of the failure. If there is no point yet, it means there's something left to explore.

Share What You Find With Someone You Love And Trust

Just getting it out, being honest, or even saying it out loud makes around 70 percent of the problem dissolve right then and there, because most of the things we hold against ourselves are just big mountains we've made out of little molehills, and the best way to expose them for how insignificant they are is by saying them out loud.